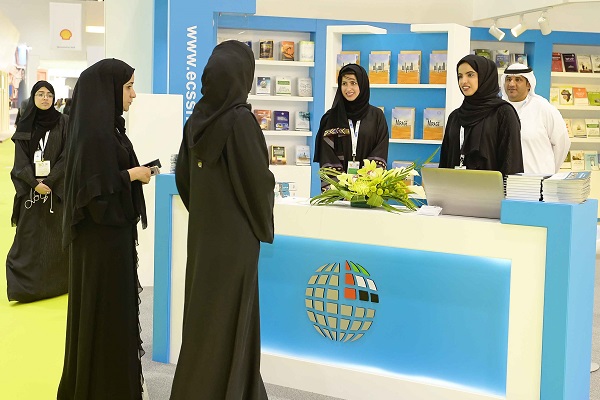 The Emirates Center for Strategic Studies and Research (ECSSR) is taking part in the exhibition accompanying the 2016 World Future Energy Summit, on January 18–21, 2016, at the Abu Dhabi National Exhibition Centre, Abu Dhabi, UAE.

The participation of the ECSSR in this exhibition is in line with its active presence in various scientific exhibitions and events, both locally and internationally. It stems from the Center’s keenness to participate in such important events and to showcase its latest publications to ensure they are available to the largest possible segment of intellectuals, as part of its serious and constant effort to enrich the Arab and international cultural life. The ECSSR’s participation also stems from its keen interest in contributing to the UAE’s efforts to ensure the success of this major international event, in order to further establish the UAE’s position as a platform for prominent international events.

The ECSSR’s pavilion showcases a select range of its publications, including The Mirage, authored by H.E. Dr. Jamal Sanad Al-Suwaidi, Director General of the ECSSR. The book has elicited a great deal of interest from researchers and academics and has been praised in Arab and international cultural and intellectual circles. The book reveals the truth behind political-religious groups, and how they misuse religion for personal gain. It tackles the political thought of these groups in the region and the illusion they try to create by mixing religion with politics to capture power. The book is a wake-up call for people to invoke reason and follow the true religion, which calls for Muslims to abide by good values. Another book published by the ECSSR and exhibited at the summit is Islamic Political Movements and Power in the Arab World: The Rise and Fall. This book was edited by H.E. Dr. Jamal Sanad Al-Suwaidi. It analyzes the experiences of political Islamist parties and movements during their time in power in certain countries, especially in the wake of the Arab Spring.

The Center is also showcasing the book Future Energy Trends: Innovation, Markets and Geopolitics, which contains the papers presented at the 20th Annual Energy Conference, held by the Center under the same title on November 18 and 19, 2014. This book presents academic and professional views on a variety of topics, including the prospects for energy independence in the United States in light of the recent unconventional oil and gas boom, the changing patterns of the energy trade in Asia, Iran's potential contribution in the oil and gas markets, the Russian influence on the dynamics of European energy, the feasibility of establishing a cartel for gas along the lines of OPEC, and the role of urban morphology in the creation of low-carbon zones.

In addition, the ECSSR publishes Strategic Visions, a scholarly, refereed, quarterly periodical focusing on political, economic, legal, social, media, and security issues, including applications of information technology in the study of the humanities.

The Center also issues Afaq Al-Mustaqbal, an Arabic quarterly journal offering the views, ideas, and analyses of Arab and foreign decision-makers and internationally renowned experts. It publishes interviews with eminent writers and thinkers and publishes their exclusive articles. Aafaq Al-Mustaqbal also proactively engages in current debates by commissioning original features, surveys and investigations in the region and the world.