With United Strength: Shaikh Zayid Bin Sultan Al Nahyan: The Leader and the Nation Is Published in German 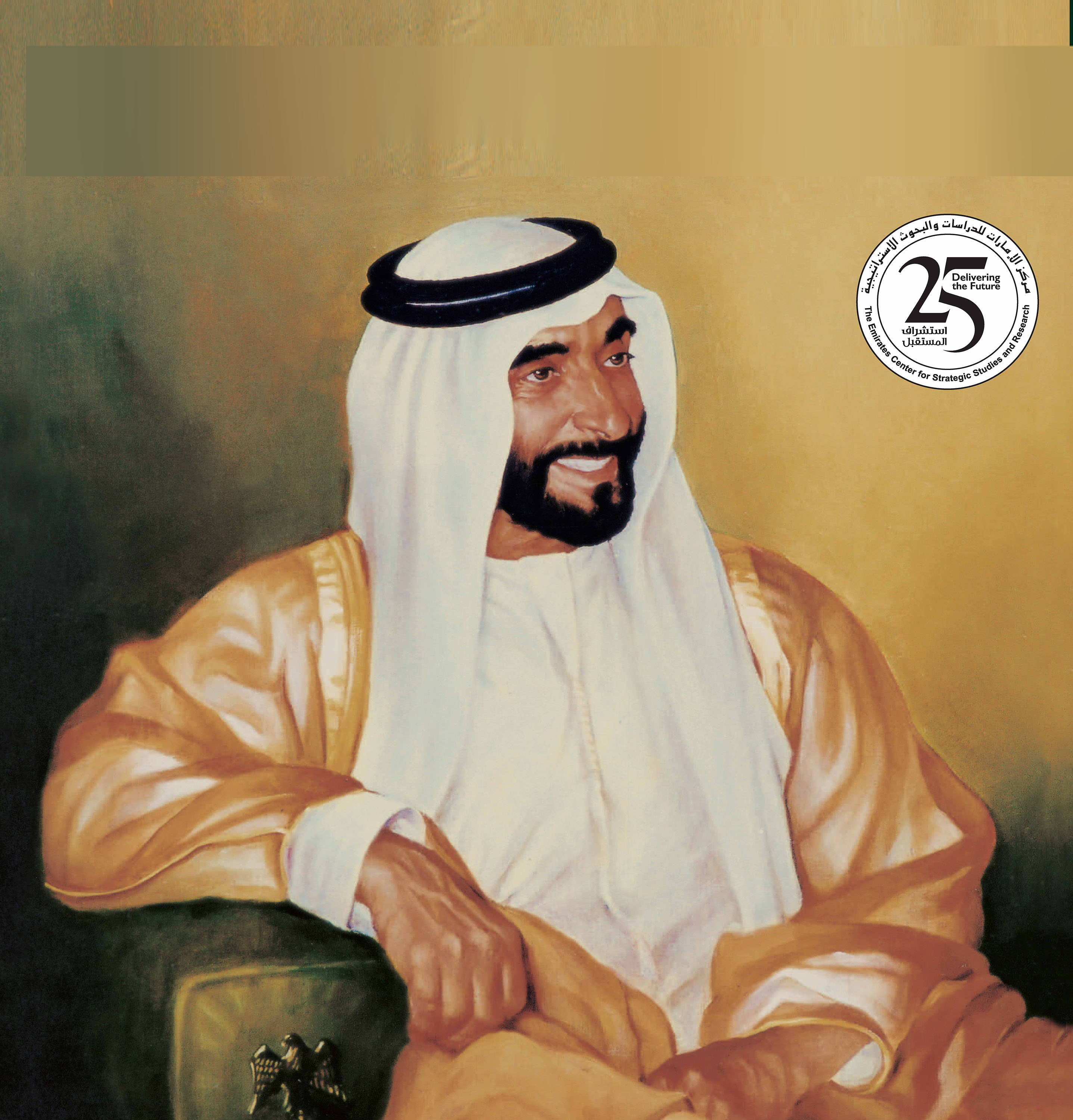 A new edition of the book With United Strength: Shaikh Zayid Bin Sultan Al Nahyan: The Leader and the Nation has recently been published in German.

The new publication is an important part of the work of the Emirates Center for Strategic Studies and Research (ECSSR) in preserving the history and experiences of the late Sheikh Zayed bin Sultan Al Nahyan (may God rest his soul in peace). The book also aims to keep Sheikh Zayed’s values ​​of patriotism and sense of belonging alive.

First published in 2004 in Arabic and English, the text has been translated into seven more languages: Korean, Italian, French, Montenegrin, Russian, Urdu and German.

The book explores how Sheikh Zayed’s creative thinking stemmed from the rich experiences in his life, and is set against the backdrop of the UAE’s stellar development over five decades. It also provides insights into Sheikh Zayed’s unwavering political approach as he navigated Abu Dhabi's development, the establishment of the United Arab Emirates, and its outstanding progression. In this way, the book reveals how the development of Abu Dhabi and the UAE cannot be viewed in isolation from Sheikh Zayed’s holistic and idealistic political vision. At the heart of his vision was a commitment to ensuring individual happiness and social wellbeing. He was also preoccupied with formulating an integrated concept of political unity, and had special interests in the environment and safeguarding natural resources. These three areas of interests evolved over time to become central tenets of Sheikh Zayed’s policy.

With United Strength: Shaikh Zayid Bin Sultan Al Nahyan: The Leader and the Nation also sheds light on the ruler’s wealth of experience in leadership, deep-rooted political skills and firm determination to ensure unity and development. The late Sheikh Zayed’s achievements place him among the great leaders who have shaped history with their successful endeavors to elevate their nations. There is no better example of this than the grand development plans Sheikh Zayed embarked upon, many of which have been successfully accomplished. His ideas, such as his pioneering environmental activities, are just as relevant today and continue to apply to contemporary issues.

With United Strength: Shaikh Zayid Bin Sultan Al Nahyan: The Leader and the Nation is a highly credible reference for academic and scholarly circles, not just because it represents a journey through the unique life of Sheikh Zayed, but also because its clear historic and scientific methodology explores factors underpinning Sheikh Zayed’s achievements. The book takes a fresh analytical approach to the region’s history and events, which deeply shaped Sheikh Zayed, and explores how the ruler’s personality and practices impacted the destiny of his nation. This was a methodology traditionally utilized by medieval Arab and Muslim historians including Al-Tabari, Ibn Kathir, and Ibn Khaldun. As a result, the book can be considered as more of an analytical study of the political approach and development vision of Sheikh Zayed, rather than as a simple biography.

The book’s conclusion is that the late Sheikh Zayed (may God rest his soul in peace) has left a legacy to which all nations can aspire–peace, freedom, success and happiness–the core components of any modern society.