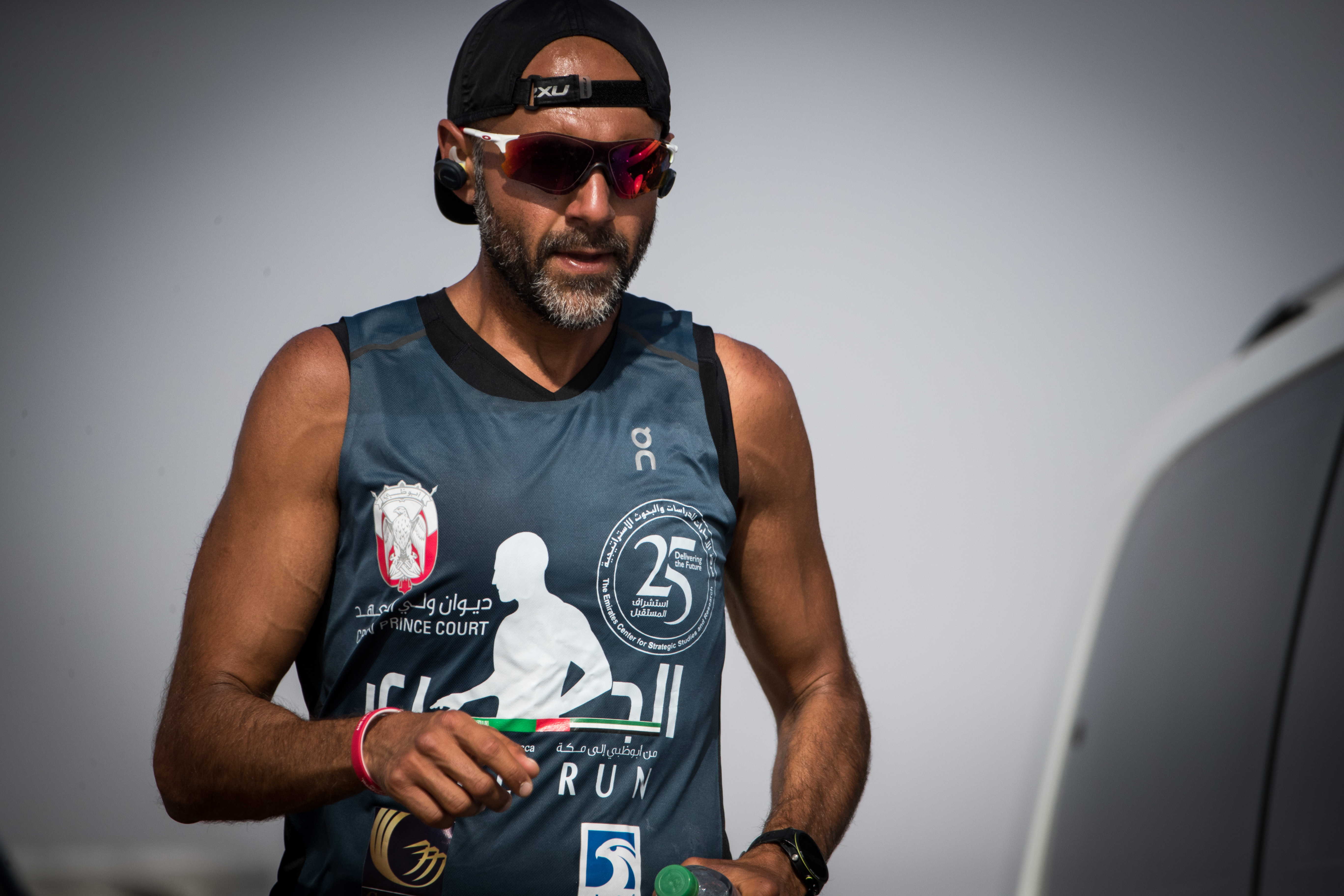 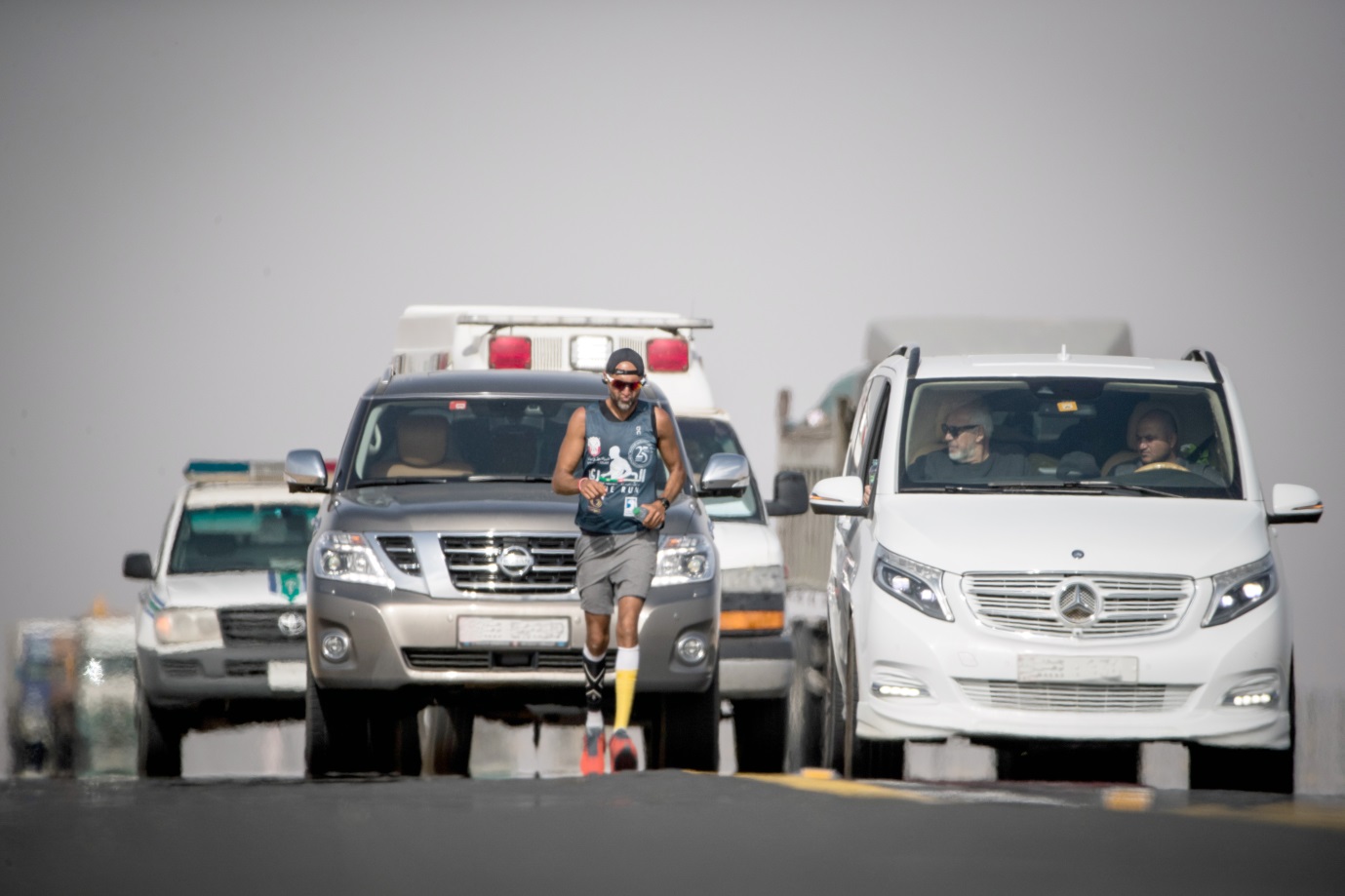 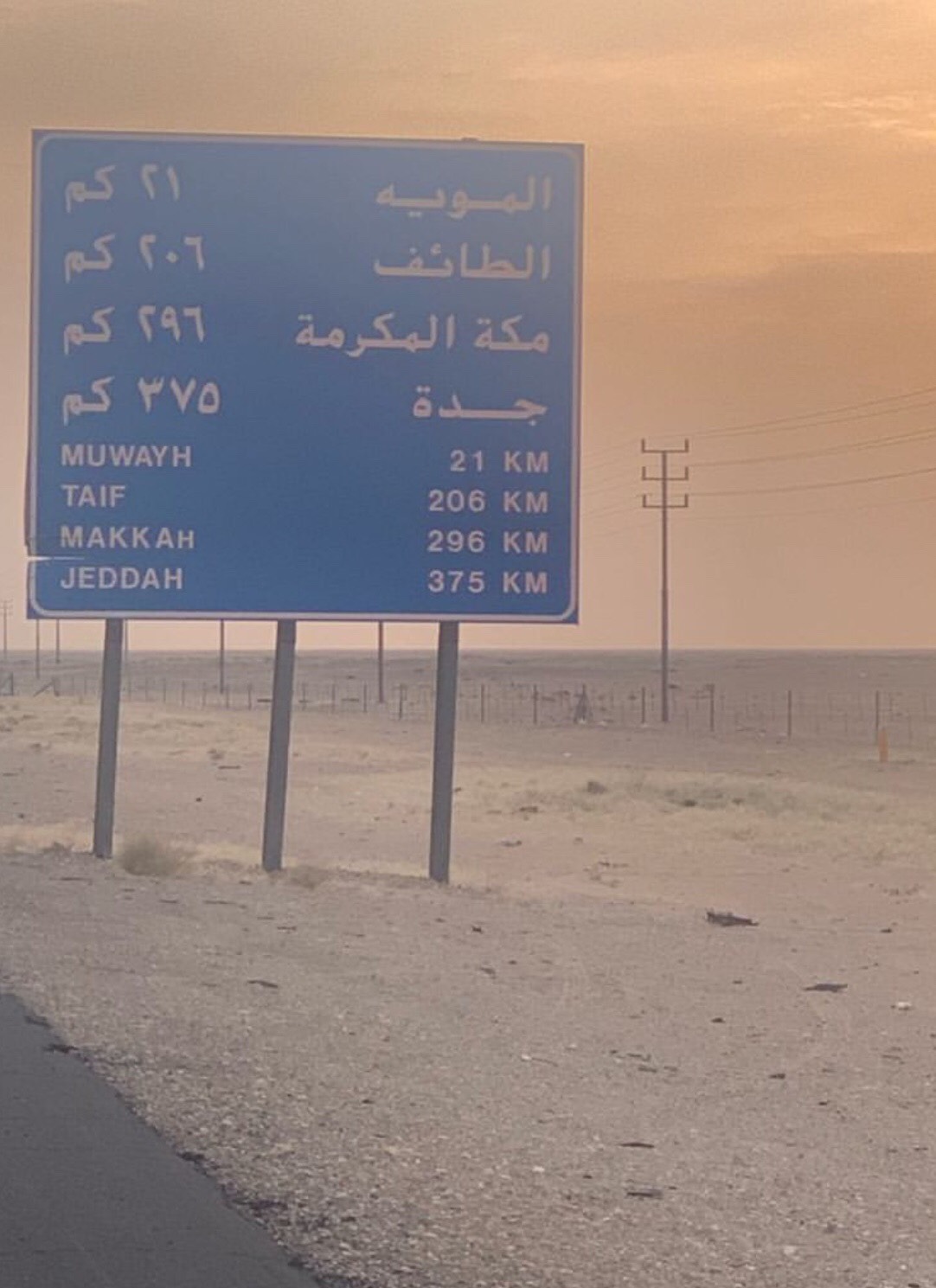 Dr. Khaled Jamal Al-Suwaidi, Executive Director of the Emirates Center for Strategic Studies and Research (ECSSR), has just 296 more kilometers to finish his Abu Dhabi–Makkah Run. He started his initiative on February 1, from Sheikh Zayed Grand Mosque in Abu Dhabi.

Dr. Khaled completed 345 kilometers in the UAE territories, before passing the Albatha Border Crossing Post into the Kingdom of Saudi Arabia, on his way to Makkah in a feat never before attempted, during which he will run and walk continuously for 2,070 kilometers.

His Excellency Prof. Jamal Sanad Al-Suwaidi, Director General of the Emirates Center for Strategic Studies and Research, confirmed that his son Dr. Khaled is in high spirits and that he will be able to reach Makkah as per the planned date. He said that his son is able to complete this unprecedented challenge due to his unbreakable determination and his high physical and mental capabilities. He called upon various media agencies to provide coverage of the run to promote his son as a model for young Emiratis, so that they can too have confidence to overcome seemingly impossible challenges if they put their minds to it.

On Monday, the 25th day into the challenge, Dr. Khaled ran 70 kilometers. He passed the Zalim area on his way to the Moya area, despite his severe fatigue and the harsh weather conditions.

The Saudi Ambassador to the UAE, Turki Al Dakheel, said that the Makkah–Abu Dhabi Run is a UAE–Saudi message of love. He added that Dr. Khaled wants to tell the world that the United Arab Emirates and the Kingdom of Saudi Arabia are spreading the culture of love and peace. “We as Saudis and Emiratis are proud of this high diligence that reflects the pride and dedication of the people of our two countries,” he said.

From his side, His Excellency Prof. Jamal Sanad Al-Suwaidi thanked the Saudi Ambassador for his big support. He confirmed that his son has been cordially received since the time he entered the Kingdom of Saudi Arabia and he thanked the concerned Saudi authorities for all the assistance they provided to his son, after he passed the Albatha Border Crossing Post. He said that the main goal of this unprecedented challenge is to confirm the strong brotherly relations between the people of United Arab Emirates and the Kingdom of Saudi Arabia.