The Emirates Center for Strategic Studies and Research (ECSSR) Holds a Lecture Entitled: Sheikh Zayed and the Political Dimension of Tolerance by Dr. Mohammed Al-Qudsi (Media Advisor and Lecturer) Lecture Series, No. (675) 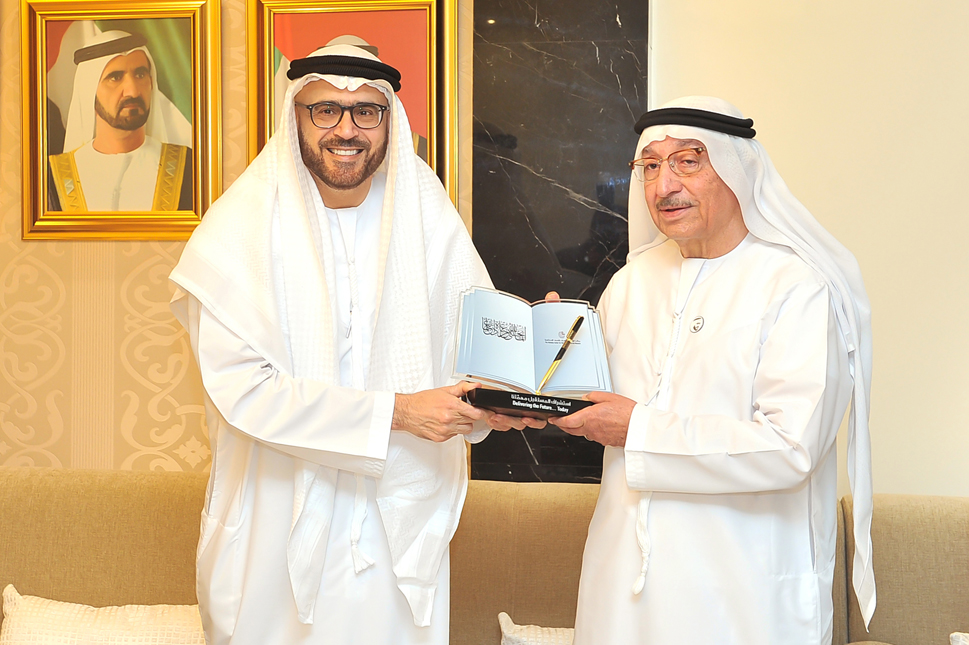 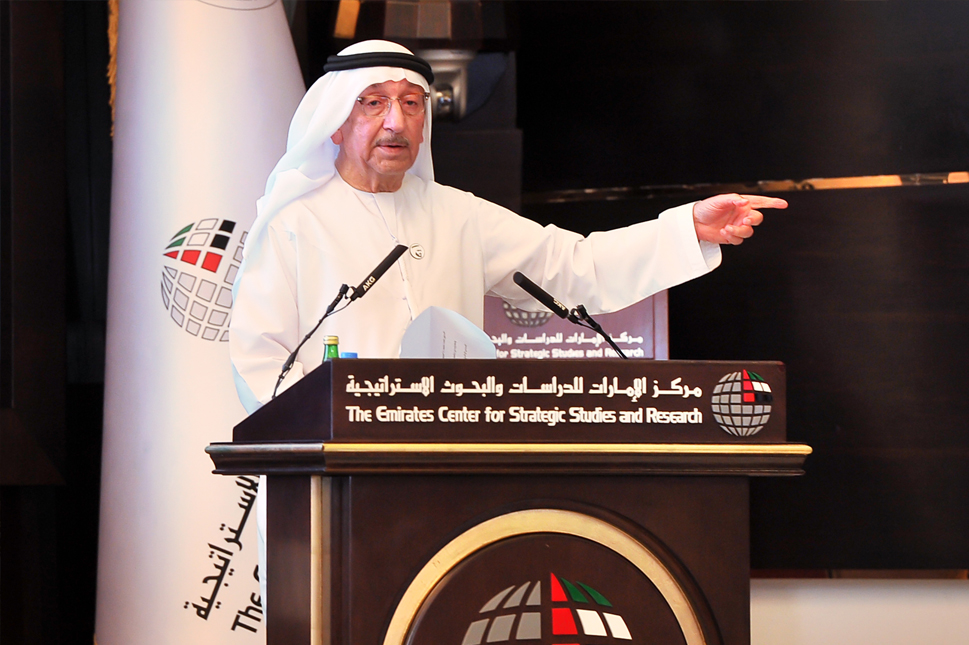 The Emirates Center for Strategic Studies and Research (ECSSR) organized a lecture entitled Sheikh Zayed and the Political Dimension of Tolerance, on Wednesday, July 24, 2019. It was delivered by Media Advisor and Lecturer Dr. Mohammed Al-Qudsi. The lecture was attended by a group of intellectuals, journalists, and writers, as well as His Excellency Prof. Jamal Sanad Al-Suwaidi, Director General of the ECSSR.

At the beginning of the lecture, Dr. Al-Qudsi thanked Prof. Jamal Sanad Al-Suwaidi for his generous invitation to deliver the lecture. He expressed his appreciation for the role played by the Center in supporting the nation’s decision-makers and for enriching the country’s cultural and intellectual arenas, through organizing specialized lectures and seminars in various fields dealing with issues of interest to the UAE.

Dr. Al-Qudsi said that during the 34 years of being close to late Sheikh Zayed bin Sultan Al Nahyan (may God rest his soul in peace) he realized that the concept of ​​tolerance is inseparable from the national dimension in all matters and crises, whether on the domestic, Arab or international levels. Sheikh Zayed’s approach to tolerance was often translated to “reconciliation.”

During his reign – ever since he was the Governor of Al-Ain, the Representative of the Ruler in the Eastern Region, the Ruler of Abu Dhabi, and the President of the UAE – he continued his approach of Tolerance, in full faith, dedication, and resolution.

Sheikh Zayed applied his approach of tolerance among his people in the UAE as well  as between Arab and friendly countries in their conflicts and disputes.

Dr. Al-Qudsi reviewed the political dimension of Sheikh Zayed’s tolerance at the local level, pointing out many of the incidents in which this dimension had been expressed. Sheikh Zayed used tolerance to resolve disputes among individual Emirates as well as commercial and family disputes.

In this regard, Dr. Al-Qudsi talked about some of those incidents. He referred to the agreement between Sheikh Zayed and Sheikh Rashid bin Saeed Al Maktoum, Ruler of Dubai, on February 18, 1968, to end the dispute over the reef between the two emirates. The reef is located partly in the emirate of Abu Dhabi and partly in the Emirate of Dubai. As a result of the agreement, the reef was given in full to the Emirate of Dubai, after the two emirates announced their union.

Al-Qudsi said what he personally heard from Sheikh Zayed when Sheikh Rashid asked him why he gave him the reef. He said: “We have become one body … and when the right hand gives to the left, nothing is lost.” Dr. Al-Qudsi explained that Sheikh Zayed was tolerant in such disputes in order to maintain strong relations with his brothers and to keep an eye on the big picture, the union of the emirates.

Dr. Al-Qudsi also reviewed the political dimension of the tolerance of Sheikh Zayed (may God rest his soul in peace), at both the Arab and international levels. Al-Qudsi pointed out that Sheikh Zayed used to deal with his brothers in other Arab countries with the same tolerance he showed domestically. Sheikh Zayed’s strong sense of tolerance that he showed domestically and abroad during his many journeys confirmed his status as a trusted and respected statesman by all.

In this regard, Dr. Al-Qudsi referred to several examples in which Sheikh Zayed succeeded in mediating to settle disputes between Arab countries, such as the disputes between Egypt and Libya in 1974 and 1977; the dispute between Morocco and Algeria on Western Sahara; the conflict between Somalia and Ethiopia in 1977; the dispute between North Yemen and South Yemen, which ended with the declaration of Yemeni unity in 1990; and his role in supporting Lebanon to face the destruction resulted from the civil war that erupted in 1975.