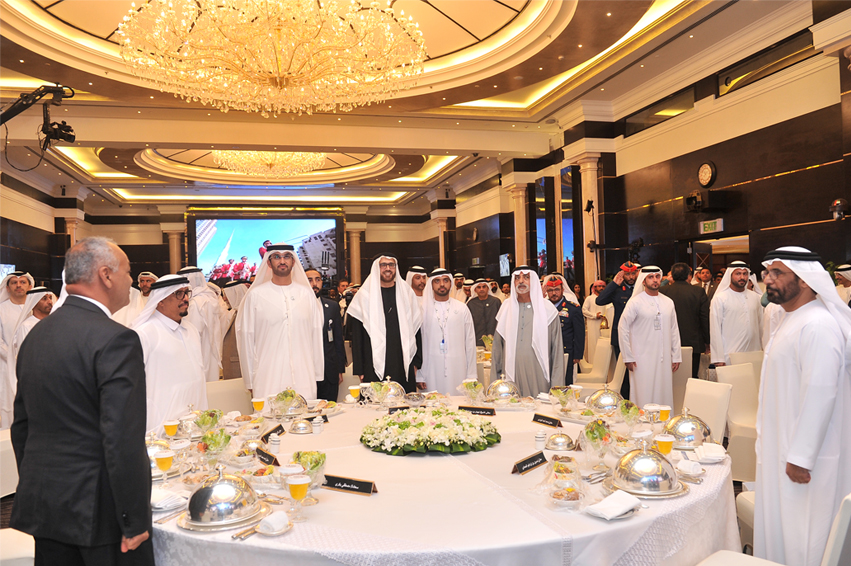 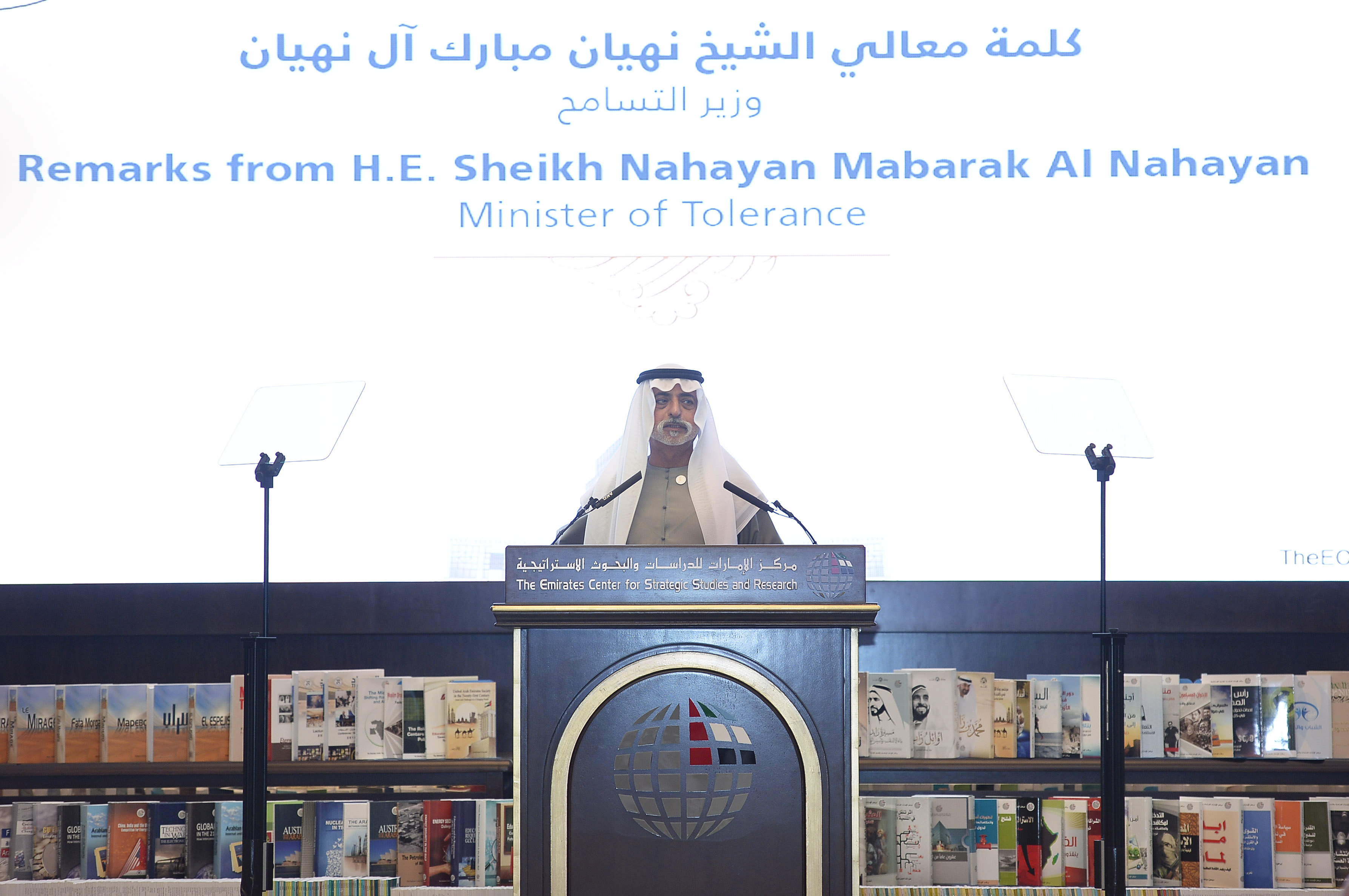 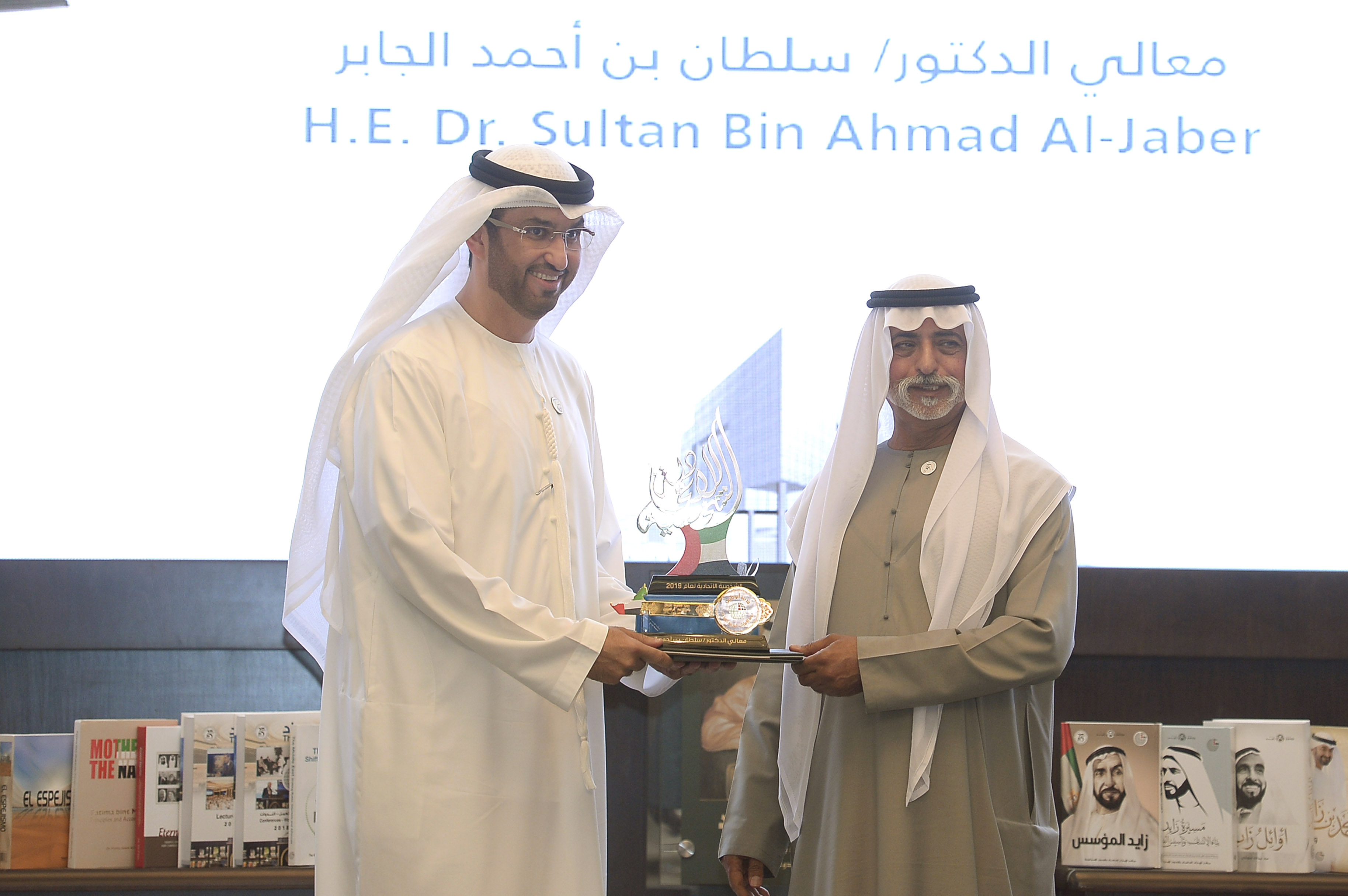 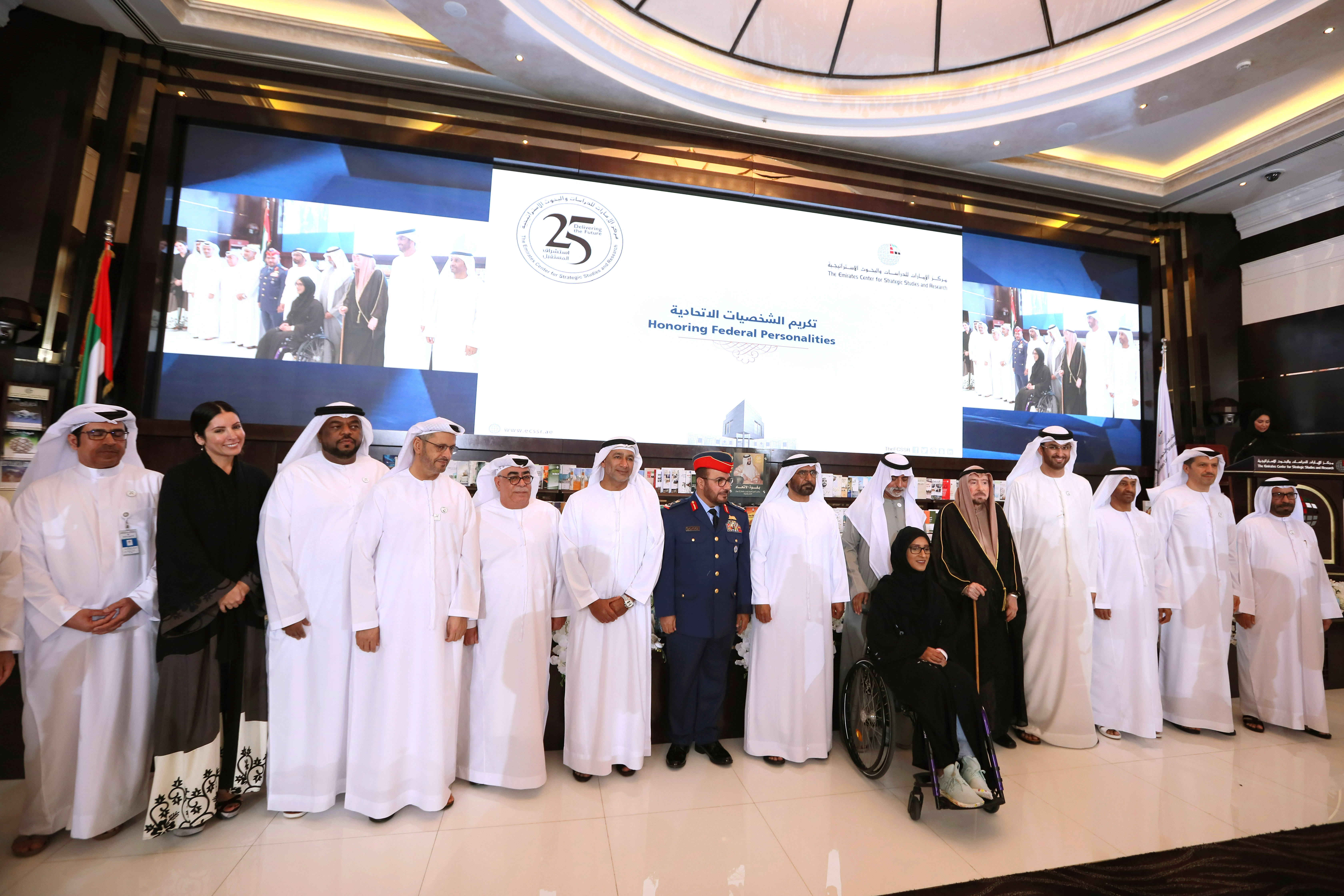 The Emirates Center for Strategic Studies and Research (ECSSR) held its 25th anniversary on Tuesday, March 12, 2019. It was attended by a number of ministers, government officials, intellectuals, university professors, and journalists. The event was held in Sheikh Zayed bin Sultan Al Nahyan Hall, at the ECSSR complex in Abu Dhabi. His Excellency Prof. Jamal Sanad Al Suwaidi, Director General of the Emirates Center for Strategic Studies and Research (ECSSR), expressed his great pleasure on this occasion. He noted that the twenty-five years of intellectual contributions produced by the Center has significantly contributed to the UAE's scientific prominence. The celebration of the Silver Jubilee this year is an occasion to renew our commitment to the wise leadership of the State. This means that we need to continue to exert every effort and to use all available resources to achieve more remarkable achievements.  This renewed commitment is in line with the nation’s vision of achieving sustainable development. The ceremony began at 11 AM with the national anthem of the United Arab Emirates, followed by a reading of verses from the Holy Quran. His Excellency Sheikh Nahayan Mabarak Al Nahayan, the UAE Minister of Tolerance, addressed the ceremony and then honored several federal figures. This was followed by a group photo. The ceremony featured a video about the Center’s journey since its inception in March 1994, including its most important scientific, intellectual, and cultural activities. After the video, His Excellency Prof. Jamal Sanad Al Suwaidi, Director General of the ECSSR, gave a speech on this occasion. The ceremony featured another video about what people say about the Center, in which individuals commented about the ECSSR and its role on the intellectual and cultural stage. This video was followed by a speech by an ECSSR employee. The UAE poet Abdul Karim Matouq, the winner of the “Prince of Poets” in 2007, delivered a poem on the occasion of the ECSSR silver jubilee. Finally, several former ECSSR employees were honored. This was followed by a cake-cutting ceremony. The event was then adjourned.
.