The ECSSR Takes Part in the Cultural Festival “Homeland of Innovation”

The ECSSR Takes Part in the Cultural Festival “Homeland of Innovation” 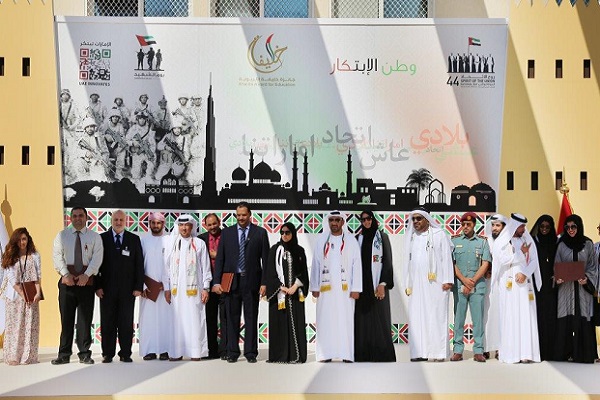 The Emirates Center for Strategic Studies and Research (ECSSR) took part in the national cultural and educational festival held by the Khalifa Award for Education under the theme: “the homeland of innovation”. The participation of the center in this event, held at the headquarters of the Khalifa Award, is part of the attention it pays to the activities and celebrations that take place across the United Arab Emirates on the occasion of the Innovation Week, scheduled on November 22-28.

As part of its participation, the ECSSR exhibited its main and latest publications and studies in a range of research areas including strategy, politics, security, economics, development and culture. “The Mirage” by H.E. Dr. Jamal Sanad Al-Suwaidi, Director General of the ECSSR, featured prominently among these publications. The book drew the attention of experts and intellectuals as well as local and international who lauded its approach which deeply examines the issue of political Islam and sheds light on several key factors relating to it, especially at the current regional and international context where political religious groups pose a threat to the stability of societies and states.

The event was also an opportunity to exhibit the book entitled: “Islamic Political Movements and Authority in the Arab World: The Rise and Fall", edited by H.E. Dr. Jamal Sanad Al-Suwaidi, which analyses and assesses the experiences of Islamic parties and movements in the exercise of authority and power.

The Center also exhibited the book: “With United Strength, Sheikh Zayed Bin Sultan Al Nahyan, the Leader and the Nation” which offers a comprehensive and profound study of the foundation of the UAE federation and the leading role played by late Sheikh Zayed bin Sultan Al Nahyan- may God bless his soul. Other books that drew special attention at the stand of the ECSSR include “The Three Occupied UAE Islands: The Tunbs and Abu Musa”.

AT the end of the festival, a tribute was paid to the ECSSR for its contribution to the success of the event and also in recognition of its constructive role in the comprehensive development of the UAE, besides its valuable input in various fields of research, innovation and creativity.