ECSSR ECSSR NewsThe ECSSR Releases Fifth Issue of "People of Determination" Magazine Specialists and Experts Say: “The Magazine is an Important Addition to the Specialized Press”

The ECSSR Releases Fifth Issue of "People of Determination" Magazine Specialists and Experts Say: “The Magazine is an Important Addition to the Specialized Press” 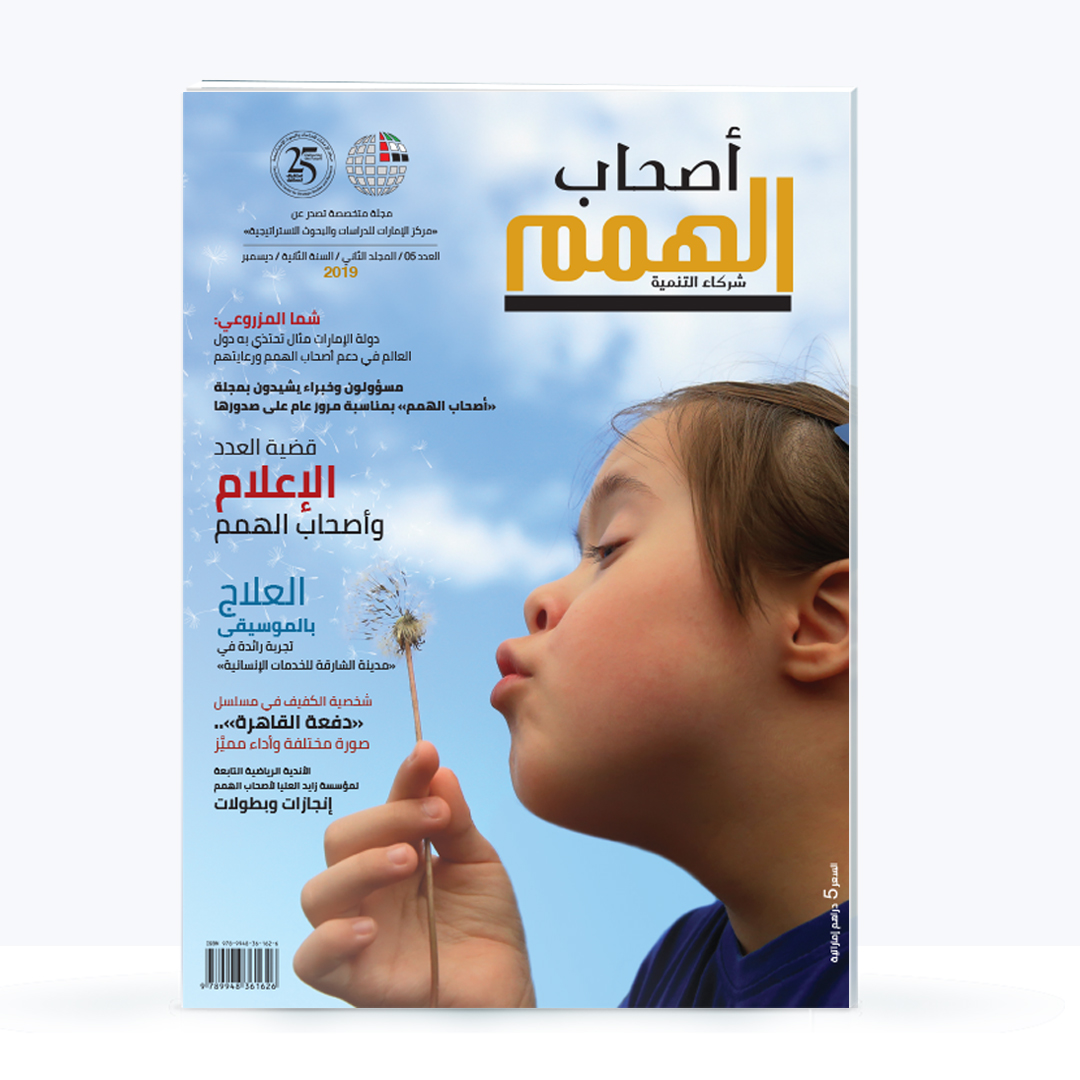 The Emirates Center for Strategic Studies and Research (ECSSR) has recently released the fifth issue of “People of Determination” magazine, which sheds light on everything related to the social segment of people of determination, within the United Arab Emirates (UAE) and the Arab world.

As part of the Center’s ongoing community service, the magazine represents a platform for the people of determination to make the community aware of their affairs, to express their aspirations and expectations, and to share their success stories and achievements.

The magazine also reflects the UAE leadership’s concern for the people of determination. The government continues to guarantee their rights by providing the educational, health, and psychological opportunities necessary to help them fulfil their potentials, enabling them to achieve their goals in various fields.

The fifth issue of the magazine was launched with an editorial by His Excellency prof. Jamal Sanad Al-Suwaidi, Director General of the ECSSR, titled “A Continuing Journey in Supporting and Empowering the People of Determination,” in which he said: “His Highness Sheikh Mohamed bin Zayed Al Nahyan, Crown Prince of Abu Dhabi and Deputy Supreme Commander of the UAE Armed Forces (may God protect him), received a delegation from the Zayed Higher Organization for People of Determination last October, and His Highness expressed his honour and pride in the achievements of the people of determination, which confirms the great interest that the wise leadership attaches to their interests; and guarantees them a decent life, and a sustainable future.”

Amal Al-Ahmadi, the magazine's editor-in-chief, contributed a special article that discusses the UAE’s winning of the “2019 Chaillot Prize for the Promotion of Human Rights in the GCC Region,” and the unique organization of the “Special Olympics - World Games - Abu Dhabi 2019.” The article talks about the impact of these recent success stories on the nation.

On the occasion of celebrating its one-year publication anniversary, the magazine includes specialized opinions of media officials and professionals as well as academics from Arab countries, some of whom praised the magazine for its distinguished value. This issue also includes an interview with Her Excellency Shamma bint Sohail Al Mazrouei, Minister of State for Youth Affairs.

There is a special section entitled “Media and People of Determination.” This section focuses on various issues including UAE’s legislative policies to protect the rights of people of determination, the role of the media in highlighting the issues of their community, the importance of media training in preparing media people of determination, and the platforms that Social media has created for them.

The magazine discusses the music therapy provided by the “Sharjah City for Humanitarian Services,” and the innovative ideas created to serve the people of determination by the “Rashid Centre for People of Determination” in Dubai. Also mentioned are the sports clubs affiliated with “Zayed Higher Organization for People of Determination” as well as the championships they achieved, and the participation of people of determination in the UAE Federal National Council elections 2019 as candidates and voters.

This issue also has feature stories of people of determination.  For example, there is the story of Sheikha Sheikha Al Qasimi, who is not only an activist of "self-advocacy,” but also renown for her achievements in sport. And the stories of Adel Al-Hashemi, who is an impressive art photographer; Abdullah Hamasha, who resists the disease of muscular dystrophy by working to earn his own living; and Malak, the girl who is striving to overcome autism with the help of her mother.

The issue also has articles on how technology is helping people of determination, for example, in preventing genetic disorders. In addition, there are infographics including “Hyperactivity Disorder and Distraction” and “International Day of Persons with Disabilities.”