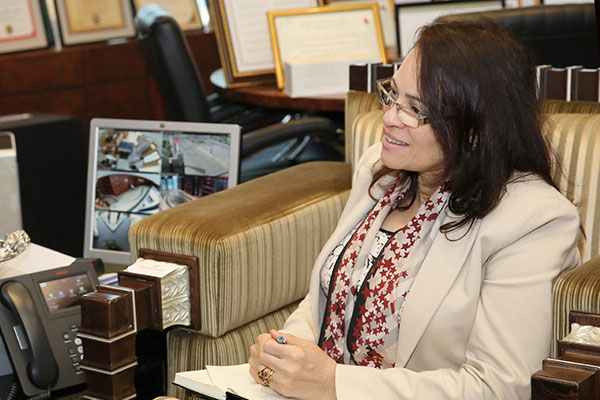 The Emirates Center for Strategic Studies and Research (ECSSR) took part in the 6th edition of the ‘Al-Ain Reads’ Book Show organized by the National Library Division of Abu Dhabi Tourism and Culture Authority (ADTCA). The Book Show was held from October 27 to November 2, 2014 at the Al-Ain Convention Center. During the event, the ECSSR showcased its select publications that included original as well as translated books written by internationally reputed authors, scholars and experts in various fields.

The publications on display also included scientific refereed studies in Arabic and English which analyze strategic, political, economic, social, information, security, and environment-related issues relevant to the UAE, the Gulf region and the wider Arab world. Books on display also covered important regional and international developments and received wide attention from readers, intellectuals, thinkers, and researchers who have a distinct presence on local, Arab and international levels.

The ECSSR’s participation at the Book Show was aimed at encouraging the habit of reading, to enrich cultural activities and enhance scientific and objective understanding of issues and challenges facing Gulf and Arab communities. The participation shows the Center’s keenness to make its presence felt at such events and showcasing its recent publications to a wider audience. It is part of the ECSSR’s serious and continuous efforts to enrich the intellectual discourse and cultural arena in the UAE. This is also consistent with the important role the Center plays in spreading awareness in the UAE and on regional and international levels. The Center has taken part in local, Arab and international book fairs and other cultural events throughout its 20 years.

The ‘Al-Ain Reads’ Book Show is considered one of the most distinguished cultural events in Al Ain and is of immense significance to cultural and scientific institutions and publishers. This year’s edition attracted so many local publishers that extra space had to be provided to accommodate additional requests. More than 60 exhibitors participated this year displaying more than 55,000 titles of Arabic and English literary and scientific books and references. The Book Show had 56 exhibitors last year.

A large number of writers, intellectuals, and thinkers closely followed the Book Show and consider it an opportunity to connect with readers and reach the largest possible audience. The show is also an opportunity for members of the public to get access to books of all disciplines and to get to know the UAE’s rich culture. The 2013 event was received with great interest by the people of Al Ain and the number of visitors had reached around 27,000.

This year’s Book Show was designed to celebrate local culture and Emirati writers in conjunction with sustained efforts to encourage reading as a daily activity. A series of meetings were organized for a group of writers to discuss with readers the challenges facing the Emirati writing and ways to promote it regionally and globally. The show was not only an opportunity to display books but also a chance to meet, interact with, and learn from writers.

Through its cultural program, the Book Show also offered a chance to meet Emirati writers. The events included story reading sessions, poetry evenings, book signing ceremonies and discussion seminars from notable local authors. Reading promotion initiatives, cultural programs, book exchange programs, and activities such as traditional craft workshop for readers of all age groups made the event fruitful and enjoyable for everyone.