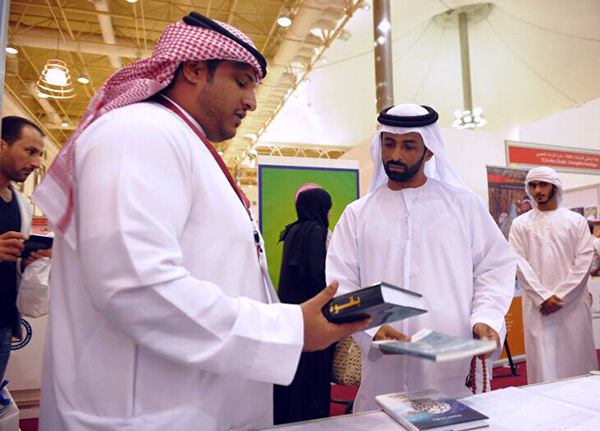 The Emirates Center for Strategic Studies and Research (ECSSR) participated in the 5th Al Ain Reads Book Show, which was organized by the Abu Dhabi Tourism and Culture Authority. The event was held from September 29 to October 5, 2013, at the Al Ain Convention Center.

During the event, the ECSSR exhibited a collection of its Arabic and English publications. This included both original and translated books written by internationally reputed scholars and experts in the fields of energy, technology, international relations, security, and education. ECSSR publications displayed during the event also included a range of scholarly, refereed monographs in Arabic and English which analyze various strategic, political, economic and social issues relevant to the UAE, the Gulf region and the wider Arab world, as well as cover important international developments. ECSSR's recent publication – Information Technology and the Future of Education in the United Arab Emirates – was also displayed during the show.

The ECSSR’s participation at the Al Ain Reads Book Show is a result of the Center’s interest in contributing to the success of this annual cultural event. It also offers the Center an opportunity to establish contact with intellectuals, researchers and readers who attend the Book Show. The Al Ain Reads Book Show brings together writers and audiences to promote the value of reading, thus enriching cultural activity in the UAE.