ECSSR ECSSR NewsStrategic Expert: UAE Armed Forces are the Most Effective and Professional Military in the Arab World

Strategic Expert: UAE Armed Forces are the Most Effective and Professional Military in the Arab World 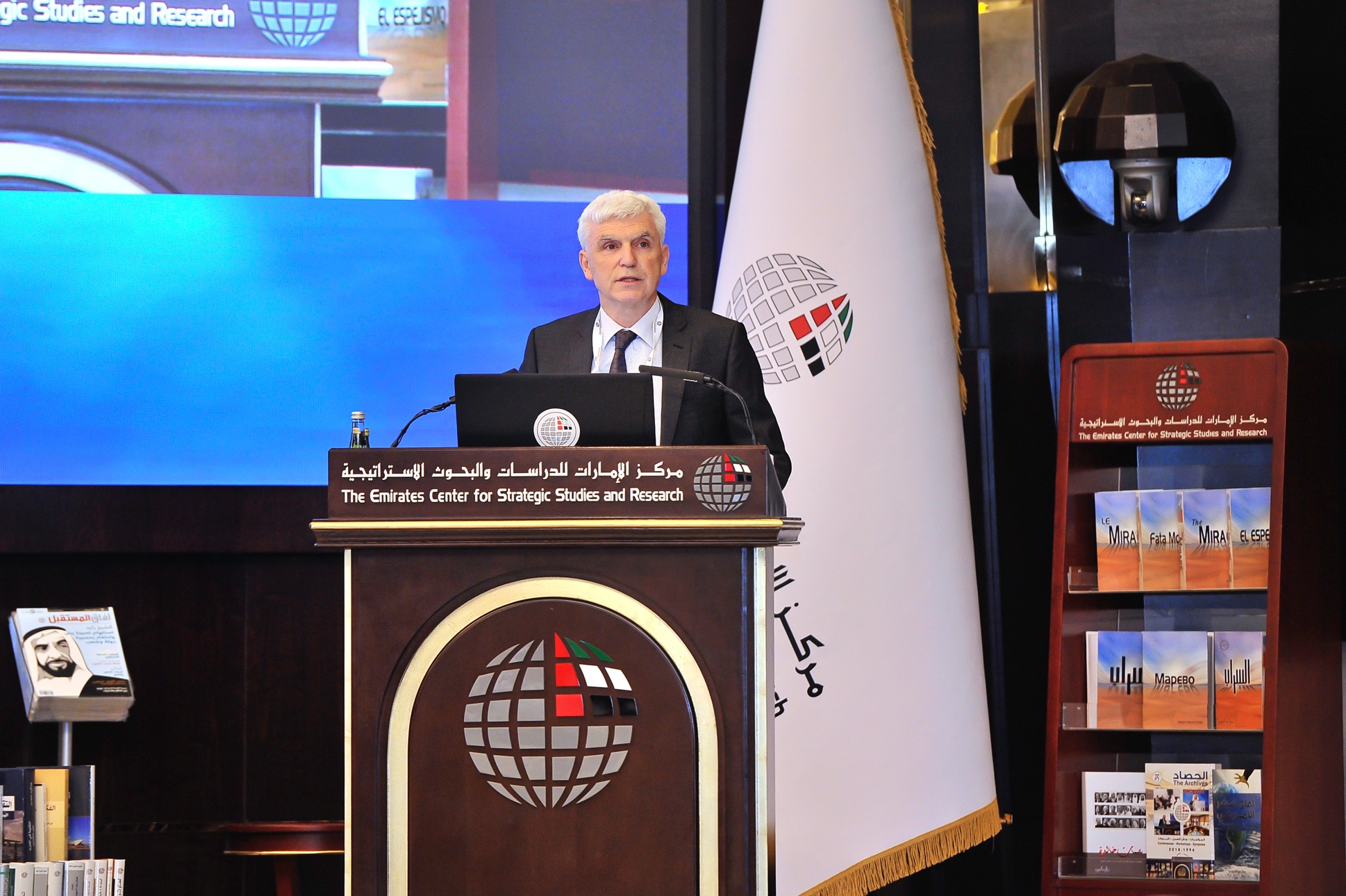 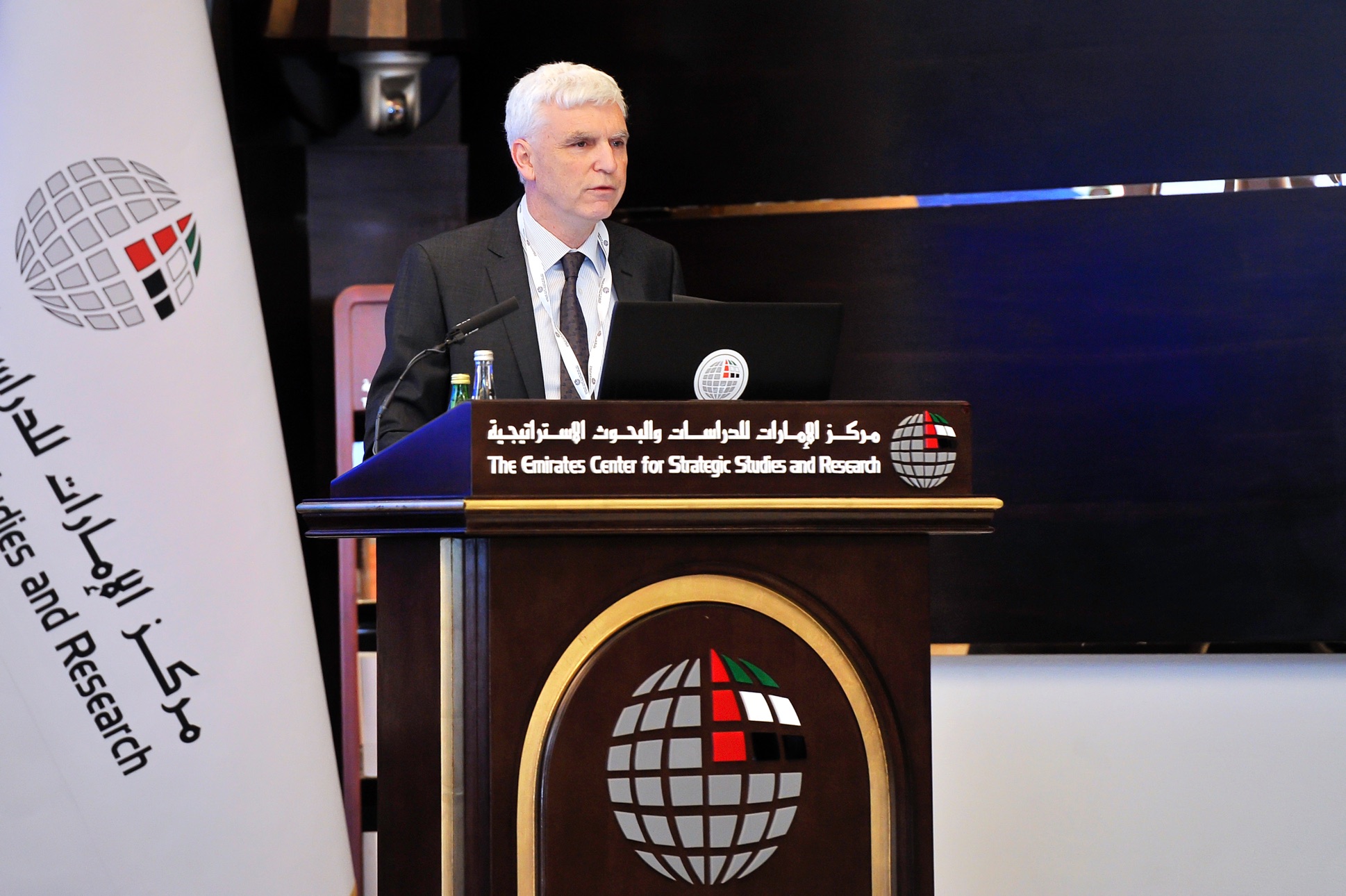 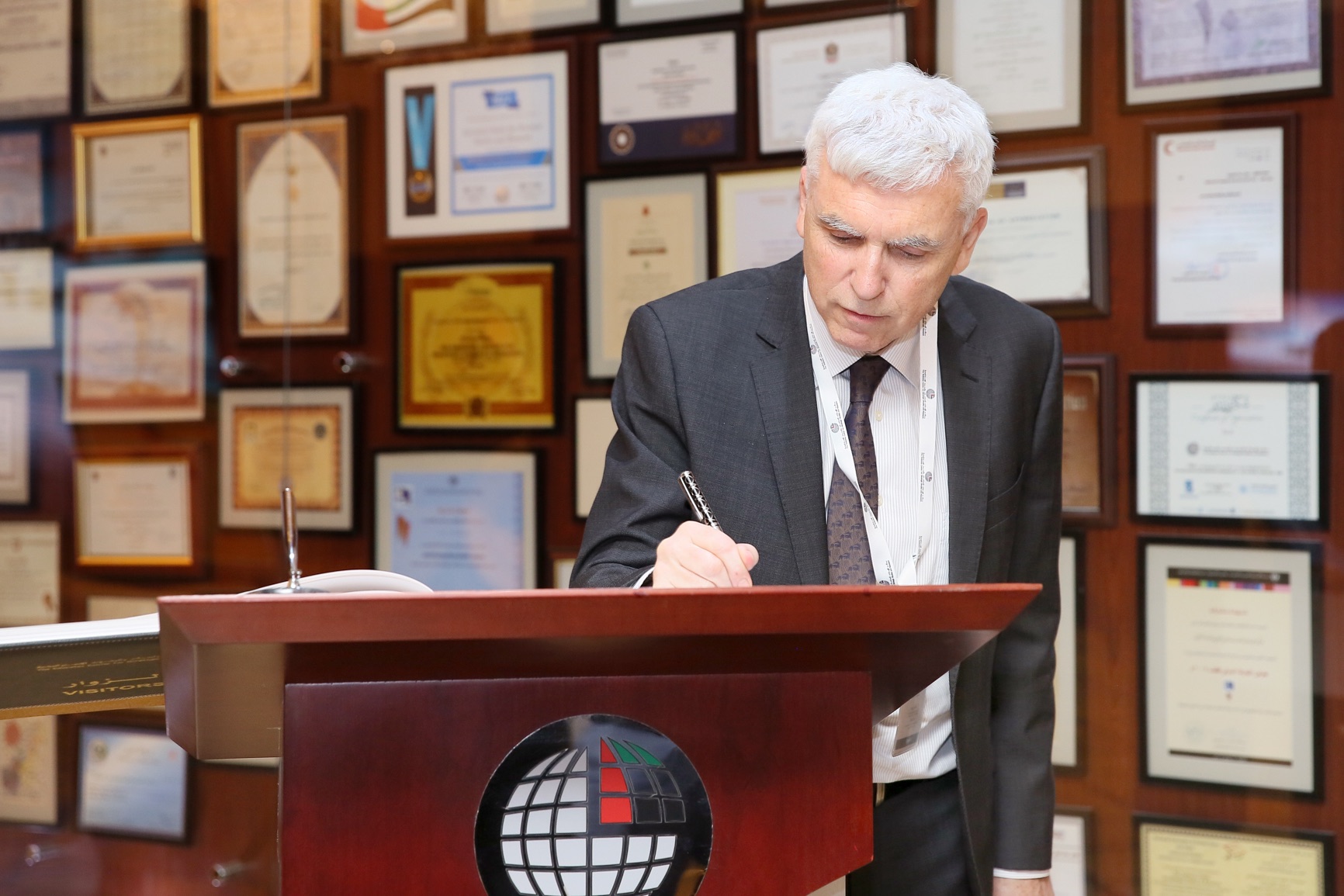 As part of its scientific and research activities, the Emirates Center for Strategic Studies and Research (ECSSR) organized, on Wednesday, January 15, 2020, lecture no. 730, entitled "The Evolution of the UAE Armed Forces and Its Predecessor Forces: 1965-1980". The lecture was delivered by Dr. Athol Yates, Assistant Professor, Department of Humanities and Social Sciences, Khalifa University, UAE, in the presence of a group of academics, military experts and other interested parties.

At the beginning of his lecture, Dr. Yates thanked the ECSSR for inviting him to speak on the topic, which comes amid unprecedented developments in the region. He praised the efforts made by His Excellency Prof. Jamal Sanad Al-Suwaidi, Director General of the ECSSR, to position the Center as a prestigious research institution in the Arab World and wider global academic and scientific communities.

At the beginning of his lecture about the development of the UAE armed forces, Dr. Yates emphasized that the UAE military is today considered the most effective and professional Arab defense force in the region. He added that this is an amazing achievement considering the small population, relatively small size of the armed forces and the modern history of the country's establishment.

Dr. Yates addressed the issue of the development of the armed forces in the United Arab Emirates, the history of the Abu Dhabi Defense Force, other Emirates forces, and the UAE Armed Forces from 1965 until 1980. He shed light on the effort made by the late Sheikh Zayed bin Sultan Al Nahyan (May God bless his soul) to build a modern army from scratch. The number of personnel in the Abu Dhabi Defense Force when Sheikh Zayed became the Ruler of Abu Dhabi in 1966 was just 250 soldiers. Dr. Yates added that the security forces at that time, which were limited to the Abu Dhabi Police and Dubai Police, also did not exceed a few hundred officers. He explained that all of this changed completely over the course of just fifteen years from 1965 until 1980, by which time the UAE had a unified army consisting of land, air, and naval forces, as well as the Emiri Guard.

Dr. Yates also discussed the most important factors that helped the UAE build a strong and professional army. Although significant military spending and the purchase of the best available equipment was precipitant, Dr. Yates argued that the role of the leadership and its direct involvement in the project of building and developing the armed forces was key. Dr. Yates pointed out that Sheikh Zayed (May God rest his soul in peace) participated directly in training operations, and demonstrated exceptional military skills.

Dr. Yates went on to discuss the role played by Sheikh Zayed (May God rest his soul in peace) in forming the military doctrine of the UAE army. It’s mission then, as now, was to defend the territorial integrity of the state, protect the state’s sovereignty, defend the ruling system, preserve internal security, contribute to the building of the state, protect its progress, and support its foreign policy. Dr. Yates also highlighted the leadership's eagerness to develop human capital, and to learn from the experiences of other developed countries in this field. Many foreign military experts were recruited to contribute to the training and qualifying of national military cadres, who were able to take full leadership of the various branches of the armed forces in subsequent years.