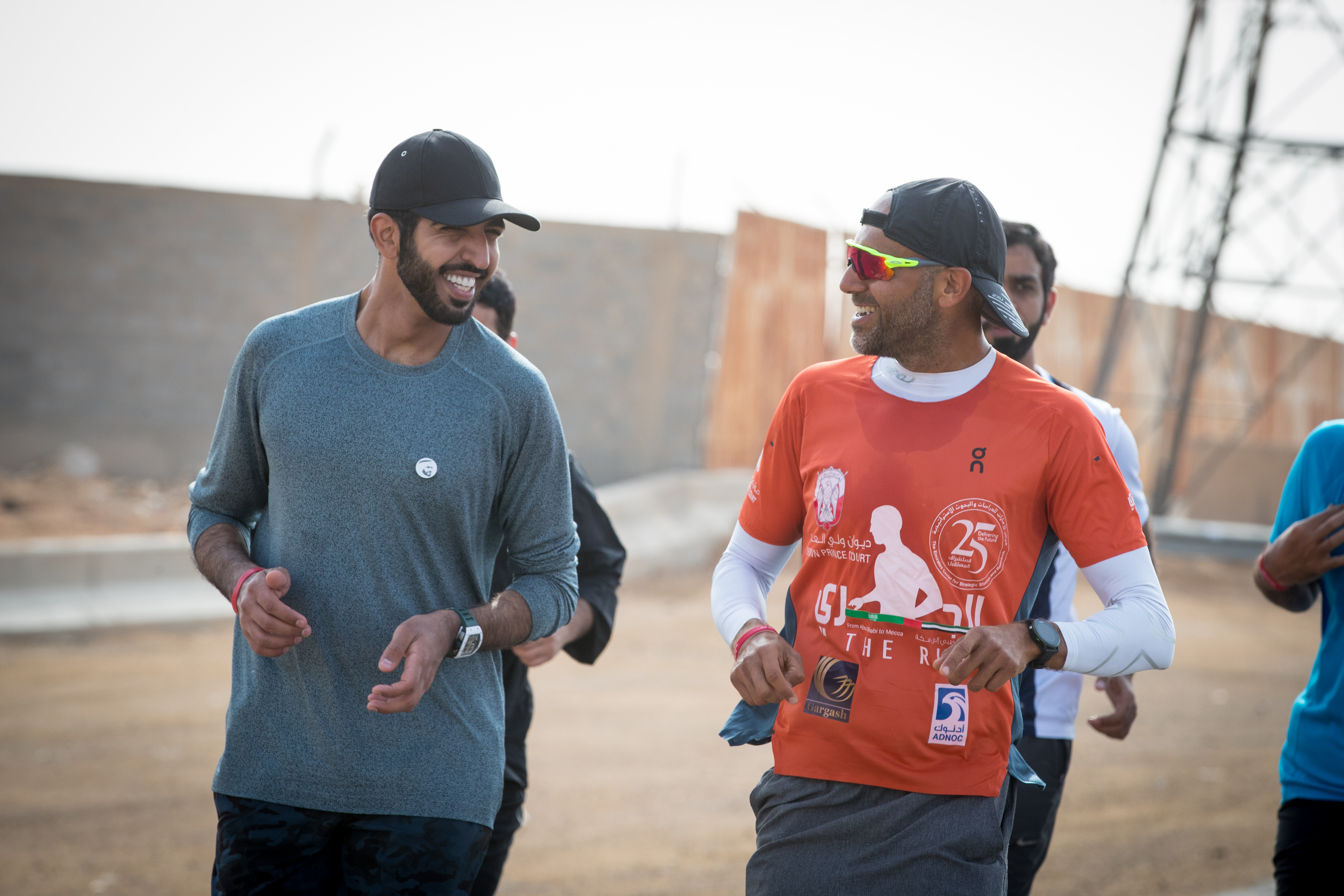 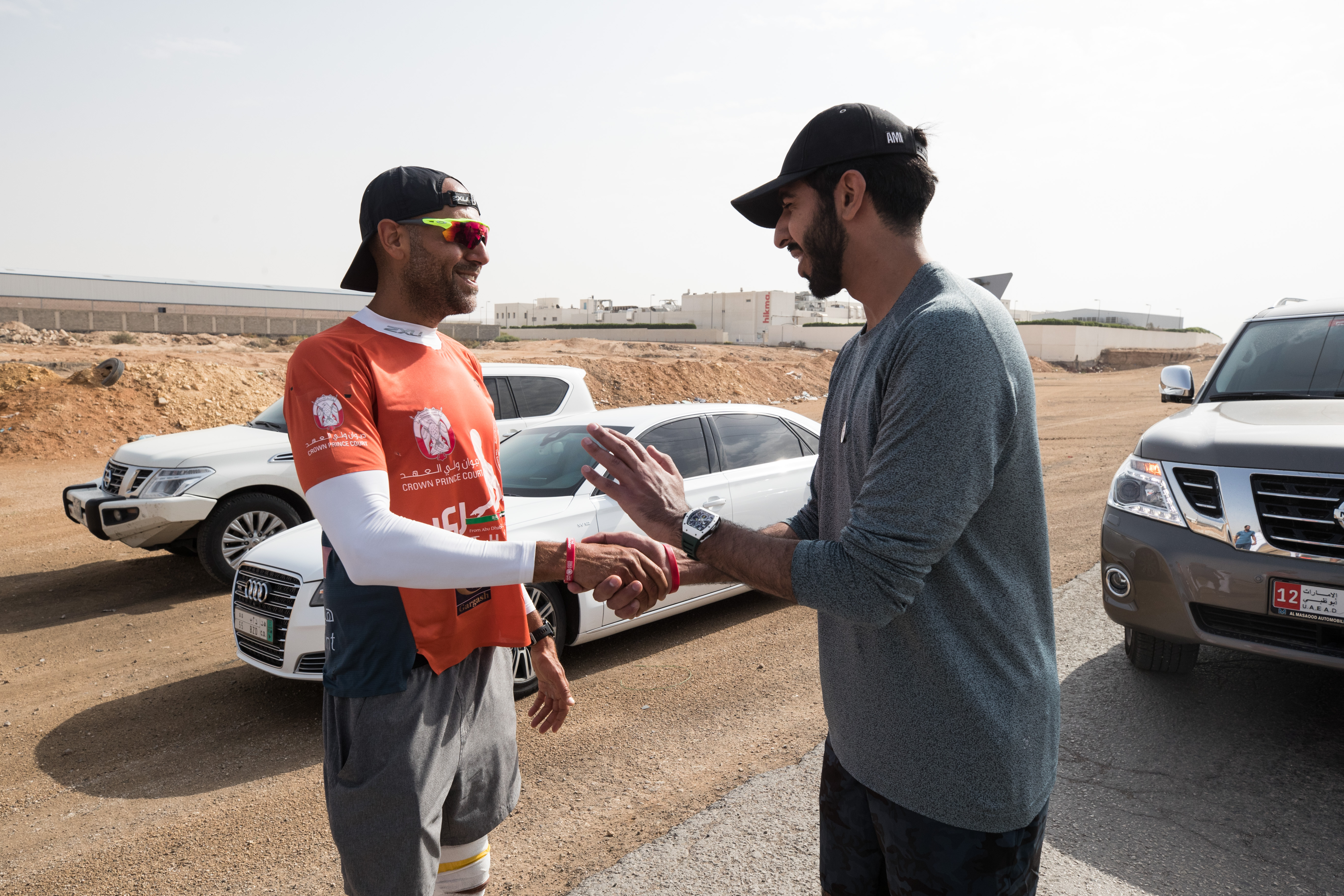 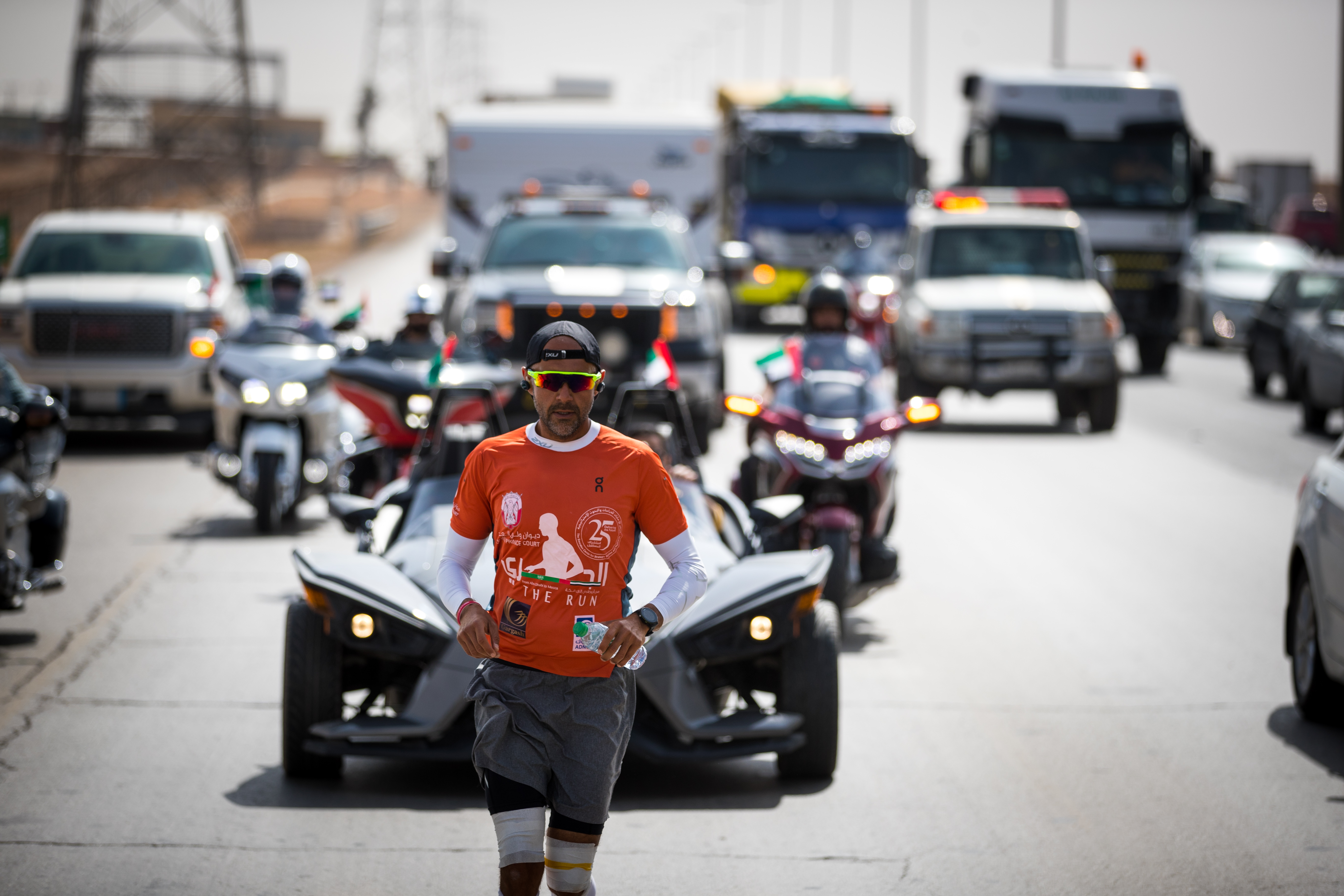 Dr. Khaled Jamal Al-Suwaidi started out from Sheikh Zayed Grand Mosque, Abu Dhabi, on Friday, February 1, with the aim of covering the 2,070km to Makkah in 38 days of non-stop running and walking. He ran 345km within the United Arab Emirates, crossing Al-Batha Entry Point to continue his journey to Makkah. On the 12th day of the challenge, Tuesday, February 12, 2019, Dr. Khaled had completed 637km from the starting point in front of Sheikh Zayed Grand Mosque. By dawn on Sunday, February 17, 2019, he had completed 887km as the R7 RUN CLUB (a young runners group from Riyadh) joined him. He has also been received by a group of Union Draghi Riyadh on their motorbikes, decorated with UAE and KSA flags, celebrating his arrival in the capital, Riyadh.

The website for the Abu Dhabi-Makkah Run Initiative has been launched – www.khaledalsuwaidi.com. It includes all the latest information and activities, and follows the progress of the run each day.

Dr. Khaled confirmed that he has high hopes of completing the initiative and making it to the Holy City of Makkah. He thanked the Saudi authorities for the facilities they have given him since he passed the Al-Batha entry point. He also stressed that the main objective of this unprecedented challenge is to highlight the strong brotherly relations between the UAE and the Kingdom of Saudi Arabia.