Will Rabat Negotiations Succeed in Resolving the Libyan Crisis?

Will Rabat Negotiations Succeed in Resolving the Libyan Crisis? 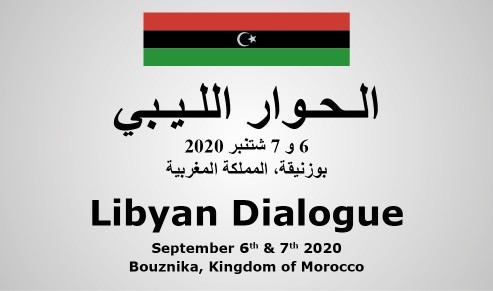 The negotiations to resolve the Libyan crisis constitute an important attempt to narrow down the areas of disagreement between the two parties to the crisis and find common ground. The Kingdom of Morocco, which has brokered the negotiations, is looking for this to be done in a way that contributes to developing a national consensus between the Libyan political forces.

During Sunday and Monday last week, the Kingdom of Morocco hosted a dialogue between Libya’s Tobruk- and Tripoli-based governments, the two parties to the Libyan crisis, in the coastal town of Bouznika, south of Rabat. Although little has been revealed about the content of the meeting, there are many factors and signs that suggest this meeting could be a first step to resolving the crisis.

First, the meeting took place in a positive atmosphere, which can be inferred from the speech delivered by the Moroccan Minister of Foreign Affairs, Nasser Bourita, during the opening session. He emphasized that the meeting may be “a prelude to agreements that end the Libyan crisis.” It seems that the involvement of Morocco has been accepted by both sides, and this meeting may build on the Rabat talks held in 2015 that led to the signing of the UN-sponsored Skhirat Agreement in December that year.

Second, the main objective of the meeting was to maintain the current ceasefire in Libya, which was reached last August through regional mediation efforts. This is significant, as the ceasefire is crucial to creating the appropriate conditions for a new round of negotiations to take place. It is important to note that Libyan sources had earlier announced that the Moroccan meetings would pave the way for a new round of Geneva meetings on the Libyan issue, which are expected to start soon.

Third, the statements by both parties to the conflict ahead of the current meeting, expressed an urgent desire for the talks to be a success. Before entering the closed meeting room, Youssef Al-Aqouri, Head of the Foreign Affairs Committee in the Tobruk-based Libyan House of Representatives, said, “We promise the Libyan people that we will do our best to overcome the legacy of the past, heal the rift, move toward building a state capable of ending suffering, and aspire to achieve stability.” For his part, Representative of the Tripoli-based General National Congress, Abd Al-Salam Al-Safrawi, affirmed that his government “looks forward to breaking the stalemate, resuming the political process, and holding constructive meetings with our partners in the House of Representatives to reach a consensual and peaceful political solution that will end Libya’s problems.”

Fourth, this meeting builds on the negotiations previously hosted by the Kingdom of Morocco to resolve the Libyan crisis. At the end of July, the Speaker of the Moroccan Parliament invited both the Speaker of the Libyan Parliament, Aguila Saleh, and the President of the High Council of State in Libya, Khaled Al-Mishri, to Rabat. This means that progress has been made, which encouraged Morocco to continue its role in resolving the crisis. The first round, which was held less than two months ago, produced specific ideas to resolve the crisis. During his discussions with Moroccan officials, the Speaker of the Libyan Parliament, Aguila Saleh, presented the House of Representatives’ initiative to resolve the crisis in Libya, which was welcomed by Morocco. In addition, the Head of the High Council of State, Khaled Al-Mishri, mentioned “the possibility of making amendments to the Skhirat Agreement in line with the current stage.”

Sixth, the talks sponsored by Morocco to find consensus between the two parties to the Libyan crisis have received international and regional support, especially from the United Nations. Before the last round of negotiations, Acting Special Representative of the Secretary-General and Head of the United Nations Support Mission in Libya, Stephanie Williams, visited Morocco.

The optimism around the talks in Rabat should not hide the fact that there are intense difficulties in the way of solving this crisis. Fundamental disagreements remain between the two parties, especially with regard to the next presidential council and the distribution of government positions. However, these meetings between the two parties provide an opportunity for direct dialogue and the building of common ground.