Will Lebanon’s Politicians Honor their Pledge to Form a New Government This Week?

Will Lebanon’s Politicians Honor their Pledge to Form a New Government This Week? 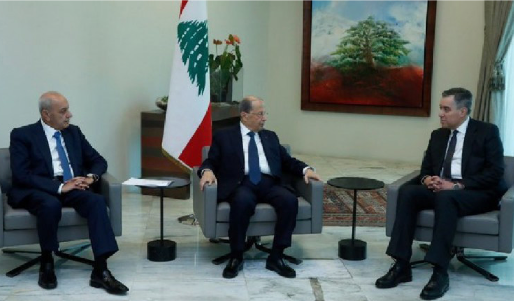 Mustapha Adib, the Lebanese Prime Minister-designate, faces many hurdles in forming a new government, following the resignation of Hassan Diab’s government in the aftermath of the devastating Beirut Port explosion. This leads to questions over his ability to carry out the task he has been entrusted with, which is considered to be less of a burden than in the past. During French President Emmanuel Macron’s visit to Beirut on September 1, 2020, Lebanese politicians agreed to form a non-partisan, technocratic government within two weeks.

The factors pressurizing Lebanese politicians to honor their promise to form a new government include the following:

Despite these pressures, which should have helped accelerate the process, there are obstacles to forming the new government. The greatest hurdle is the critical stance of the Speaker of Lebanon’s Parliament, Nabih Berri, who also presides over the Shi’ite Amal Movement. His office issued a statement making it clear that the movement rejects the method adopted by the Prime Minister-designate in forming the new government, and therefore, will not participate in the cabinet. Hezbollah, an ally of the Amal Movement, also announced the same position. Political sources confirm that Berri has taken a hard line against the potential new government, after the US imposed sanctions on some allies of Hezbollah, which has been designated by Washington as a terrorist organization. The Amal Movement’s position has also been backed by its ally, the Free Patriotic Movement, which has ties to Hezbollah. This was confirmed when Gebran Bassil, head of the Free Patriotic Movement, criticized what he perceives as “seeking support from abroad” in the formation of the new government. This was the same language used by Berri when he expressed concerns about consultations on the formation of the government. However, it seems that the issue of “seeking support from abroad” is not the main reason for the negative stance of the Amal Movement and its allies in relation to the Prime Minister-designate. Lebanese politicians have not rejected what can be characterized as direct French interference in Lebanese affairs, rather, the real reason seems to be that while Adib seeks to form a government based on expertize, other political powers are keen to keep the allocation of cabinet positions based on sectarian lines. For example, the Amal Movement is demanding to keep its finance portfolio. Well-informed sources claim that Macron called Berri in a bid to overcome this, but Berri insisted on keeping the portfolio.

Therefore, the sectarian issue is constraining the possible formation of a government based on expertize, lessening the chances that Adib will succeed in forming a new government.