ECSSR Reports & AnalysisWho Will Replace Abe and how will this Shape Japanese Policy?

Who Will Replace Abe and how will this Shape Japanese Policy?

Who Will Replace Abe and how will this Shape Japanese Policy? 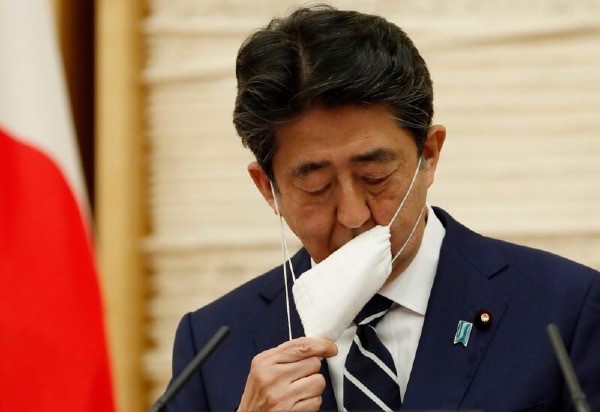 Japan is currently undergoing a series of political changes, which go beyond nominating a new leader for the ruling party following Shinzo Abe’s resignation. Additional issues on the horizon include the formation of a new government and the potential for early parliamentary elections. These developments have raised questions over their likely impact on Japanese domestic and foreign policy.

The ruling Liberal Democratic Party of Japan is set to nominate a new leader, to replace its former leader and prime minister, Shinzo Abe, who announced in August that he is stepping down for health reasons. Japan’s chief cabinet secretary and long-time supporter of Abe, Yoshihide Suga, 71, is the top pick as successor.

Suga is running against two strong contenders, meaning the leadership contest will not be easy. The first is former Defense Minister Shigeru Ishiba, who is vying to lead the party for the fourth time and has long been seen as a rival to Prime Minister Abe. The second contender is former Minister for Foreign Affairs, Fumio Kishida, who has asserted that, as leader, he would listen to the people more attentively than Abe, prioritizing economic policies to address social inequalities. Both Ishiba and Kishida are sixty-three years old.

While Suga is considered the best candidate to carry on Abe’s policies, if Ishiba assumes the party’s leadership and the premiership, it could result in a major shift within Japan’s domestic agenda. Ishiba has called for changes to economic measures in the growth strategy known as ‘Abenomics’, in order to combat the downturn. He aims to concentrate on supporting small businesses and the country’s rural areas. However, some newspaper polls suggest Suga is outperforming Ishiba in the leadership contest.

What Happens Once a New Ruling Party Leader is Elected?

The House of Representatives will hold a session, on Wednesday, September 16, 2020, to nominate a new prime minister. He will almost certainly be the leader of the ruling party that holds the majority in the House.

Kyodo News reported, citing the ruling party’s General Council Chief, Shun’ichi Suzuki, that the next prime minister could call early general elections shortly after taking office. This view was echoed by Japanese Defense Minister Tarō Kōno who expects early elections to take place, following the nomination of Abe’s successor. He expects the new prime minister to be in office until October 2021, indicating that the country could head into early elections next October.

This means that Japan is on the verge of a series of changes, extending beyond nominating a new leader for the ruling party, to include forging a new government and perhaps early parliamentary elections. These changes are extremely significant, particularly as they are taking place during an exceptional time internationally, amid the impact of the COVID-19 pandemic.

Of course, there are numerous questions over Japanese foreign policy in the post-Abe era, crucially, whether Tokyo will continue to strengthen its relations with the United States, as a key foreign policy priority. This is of great concern to Washington, as it needs to bolster its relations with Tokyo to counter China’s rising influence in Southeast Asia. Many observers also wonder whether Abe’s successor will continue the approach of easing Japan’s self-imposed restrictions after World War II, specifically those related to weapons exports. In 2014, Abe eased some of these restrictions and signed agreements to transfer Japanese defense equipment and technology abroad. Recently, this has included signing a $103.5 million contract with the Philippines for Japan’s Mitsubishi Corporation to supply the country with air surveillance radars.

Japan will likely not remain the same under Abe’s successor. Its domestic and foreign policies may see remarkable change, however, the nature and extent of that change will depend on who is chosen as his successor.