Unprecedented Hostility in 2020 US Presidential Election

Unprecedented Hostility in 2020 US Presidential Election 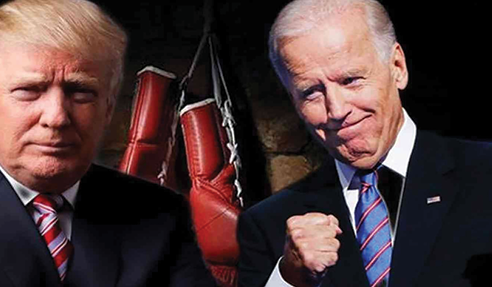 With just a few weeks to go until the US presidential elections in November, the Republican and Democratic campaigns have launched an unprecedented number of accusations at one another. The level of hostility between the Republican Party’s candidate, President Donald Trump, and the Democratic Party’s candidate, former Vice President Joe Biden, is making it difficult for voters to choose between either of them.

Campaigning is key in any electoral process; it is an opportunity for candidates to present their vision and plan, in an effort to encourage voters to choose them over their opponents. This applies to all elections, in all countries, at all levels of government, and even within some international organizations where the key executives are elected by ballot.

Electoral campaigning has evolved in form and content. It is no longer limited to certain means, such as direct contact with members of the electorate or the holding of electoral conferences. The use of modern technology has become more common, giving candidates and the electorate greater impact. Candidates are not campaigning for themselves, as was the case in the past. Campaigning today is conducted by specialized teams with the necessary skills and ability to influence public opinion on key issues, and attract voters to one candidate or another.

Electoral campaigning requires that each candidate publicize himself, focusing on his own programs, plans and personal abilities in a way that persuades the electorate to vote for him. However, in the midst of the election cycle, campaigning can also become about tearing down the other candidate, leading to the exchange of accusations and lies. It is unethical, but is understood as part of the process in democratic politics.

US presidential elections throughout modern history have relied on the revelation of secrets and scandal, usually ‘leaked’ through the media to undermine opponents. While such practices are a well-known feature of the election cycle in the US, with the ‘October surprise’ an established part of political jargon, the current election has taken the exchange of accusations and misleading information to the extreme.

The two candidates, Trump and Biden, have focused on defaming each other instead of communicating what they can offer to voters. Moreover, their rhetoric has become increasingly hostile, undermining established norms with regards to the ethical lines in politics. The use of poor language and shameful insults is unprecedented.

Trump’s characterizations of Biden on numerous occasions indicate the extent of this use of rhetoric and insult. Trump has labelled the Democratic nominee “stupid”, “sleepy”, “creepy” and “crazy” and has consistently mocked him for wearing a mask and not holding campaign rallies amid the COVID-19 pandemic. He has also attacked Senator Kamala Harris, whom Biden had chosen as his running mate, describing her as “the most horrible” member of the Senate. Biden’s campaign has been dragged into the name calling as well, the Democratic Party’s candidate described Trump as a “clown” during the first presidential debate and has consistently referred to him as a racist. Many political analysts are concerned by the damage this campaign has done to democracy and democratic norms, since the American model of democracy is one of the oldest in the world.

This hostility between Trump and Biden has created confusion among voters. The intensity of the personal attacks, undermining any discussion of policy and plans, do not enable voters to properly evaluate the two candidates’ competence to lead the United States for the next four years. In this hostile atmosphere, many voters may boycott the elections, negatively affecting voter turnout. This will damage the American democratic model further, which many countries around the world seek to emulate.