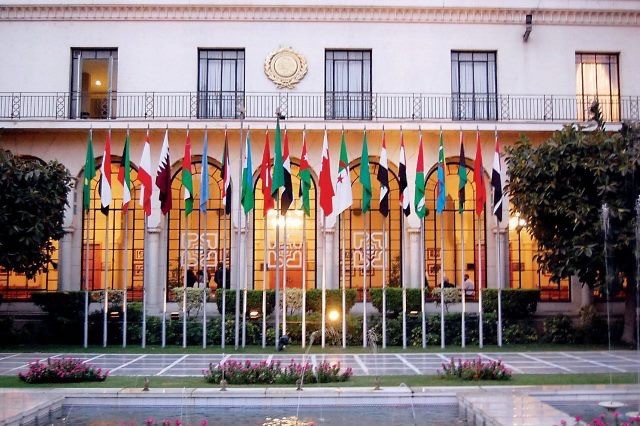 Turkey’s recent threats toward the UAE have been condemned and rejected outright by the Arab public and officials at the local and national levels. These threats have reinforced Arab public resentment toward Ankara and its practices, notably Turkish meddling in Arab affairs. This meddling amounts to imposing hegemony over several Arab countries, especially Libya and Syria. It reveals expansionist ambitions and a neo-colonialist mentality that seeks to revive the legacy of a failed empire.

Turkey’s behaviour violates all political and diplomatic norms, such a high-level official should choose his words more carefully and adhere to the rules of diplomatic etiquette. He should possess the expertise and wisdom necessary to manage international relations tactfully. This reveals a general mood of nervousness and recklessness within the Turkish government, exacerbated by growing international rejection of Turkey’s practices in the Middle East and eastern Mediterranean regions. As a result, many countries, including several allies of Turkey, have grown impatient with Ankara’s actions.

The angry Arab reactions to Turkey’s threats were expressed in capitals across the region, through official and popular channels, such as the traditional media and social media platforms. All agree on the necessity of a unified Arab position against this aggressive behavior, which is unprecedented in international relations. The Arab position should not be limited to a temporary reaction, it should go further and formulate a new Arab approach to address any threats to any Arab country. This new approach should confront any foreign interference, regardless of their source, because actions such as these pose a threat to the heart of Arab national security. Moreover, unanimous practical measures, committed to by all Arab countries, should be adopted against any party that takes a hostile position against any Arab country.

On the official level, the stance of the Kingdom of Bahrain was firm and decisive. It rejected Turkey’s threats, describing them as a “provocation that contradicts all diplomatic norms and an unacceptable threat to a brotherly Arab country that has always been distinguished by its genuine national positions and active, constructive role in the international community.” This stance was expressed in two statements. The first statement was issued by Bahrain’s Ministry of Foreign Affairs, while the other came from the Foreign Affairs, Defense and National Security Committee of the Council of Representatives. The Kingdom of Bahrain condemned the statements by the Turkish Defense Minister, as well as his country’s behavior and meddling in Arab affairs, which violates the principles of the United Nations Charter and the Charter of the Organization of Islamic Cooperation, posing a threat to Arab national security and regional peace and security. The Kingdom of Bahrain stressed its firm solidarity with the UAE against Turkish interference in the internal affairs of Arab countries. It recalled the UAE’s genuine and steady Arab national positions in defense of Arab national security in addition to its active and constructive role in the international community, along with the UAE’s humanitarian efforts and commitment to supporting international peace.

At the popular level, citizens across the Arab world took a unified stance in support of the UAE against Turkey’s threats. Social media platforms were flooded with posts condemning Ankara’s position in support of the UAE. The threats were seen as a red line, the crossing of which no Arab citizen will accept, as the UAE is an integral part of Arab national security and cannot be allowed to have its security or stability threatened.

The head of the Arab Tawhid Party, Wiam Wahab, described the threats by Turkish Defense Minister Hulusi Akar as terrorist rhetoric that should be met with comprehensive Arab opposition. “Has not this hypocritical Ottoman and his guru sufficed with the destruction of Syria and Libya and sabotage in Egypt and Iraq?” he asked, adding: “It is the right time for a comprehensive Arab position in the face of the ambitions of the Turkish president, otherwise, he would destroy us one by one.” Meanwhile, Twitter users from across the Arab world have called for a unified Arab position and deterrence strategy to confront Turkey’s expansionist ambitions and its military, as well as for the joint Arab defense agreement to be enacted.