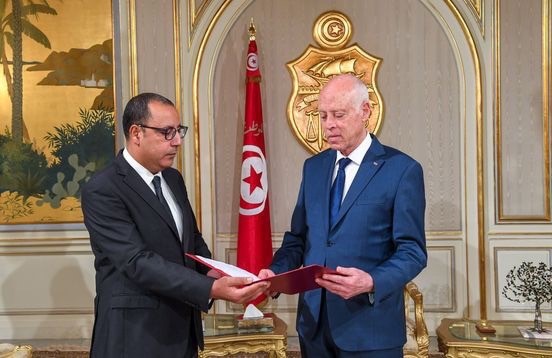 Tunisian Prime Minister-designate, Hichem Mechichi, has announced his proposals for the formation of the next government, which will now need to secure the approval of parliament. Here, it may face objection from political forces that reject the idea of a technocratic government, which would lead to the dissolution of parliament and the holding of new elections.

Mechichi, who announced his cabinet proposals just hours before the deadline given to him, was widely expected to choose a technocratic government, independent of political parties and forces. He had indicated this several times, despite political opposition to the idea of forging a government of experts, rather than a politically partisan cabinet.

Undoubtedly, what prompted Mechichi to choose a technocratic government, in spite of this opposition, is his recognition of the great importance of distancing himself from the political conflicts between various parties, which led to the collapse of the government of his predecessor, Elyes Fakhfakh.

The composition of the government proposed by Mechichi indicates his desire to choose truly independent personalities known for their competence, rather than their politics, in order to counter opposition by political forces that want a partisan government to be formed. One of these personalities is Ali Al-Kali, a liberal economic banker, who Mechichi appointed as Minister of Economy, Finance and Investment Support, after he decided to merge the ministries of economy as part of the government restructuring. The proposed cabinet also includes Tawfiq Sharaf Al-Din, appointed as Minister of Interior, Ibrahim Al-Bartaji as Minister of Defense, Othman al-Jarandi as Minister of Foreign Affairs, and Walid Al-Zaidi as Minister of Cultural Affairs. Al-Zaidi will be the first blind minister in the history of Tunisia, and the second in the Arab world after Egypt’s Taha Hussein, if Mechichi’s proposed government wins the confidence of parliament.

Mechichi’s government consists of twenty-eight ministers and state clerks. If it fails to secure the approval of parliament, it will likely be due to the opposition of Tunisia’s two major parties (the Ennahda Movement and the Heart of Tunisia). In this scenario, the president has the right to dissolve parliament and call for new elections. Mechichi has already presented his list of proposed ministers to the National Anti-Corruption Commission, to verify that their records are free of any suspicions of corruption, conflicts of interests or tax evasion cases. It was the suspicion of conflicts of interests that led to the collapse of Fakhfakh’s government. This is consistent with Mechichi’s goal for his proposed government to be above suspicion, and above partisanship. This may make it easier for him to gain the confidence of parliament.

Mechichi pledged, upon handing over the list of the proposed cabinet to President Kais Saied, that his government would act with complete independence if approved. If he fails to gain the confidence of parliament, it will perpetuate the existing political crisis in the country, which has had a severe impact on the economy, exacerbating the damage wrought by the COVID-19 pandemic. The National Institute of Statistics in Tunisia recently reported that the economy contracted by 21.6 percent year-on-year in the second quarter of 2020, while the unemployment rate rose to 18 percent.

As such, the position of parliament toward the government proposed by Mechichi will be a turning point in Tunisia’s transition since the overthrow of President Zine El Abidine Ben Ali’s regime. This cabinet will either secure the confidence of parliament, promoting political stability at least temporarily, or it will be rejected, which will deepen the country’s political and economic crisis. This could exacerbate the demonstrations and protests in Tunisia, plunging the country into greater instability.