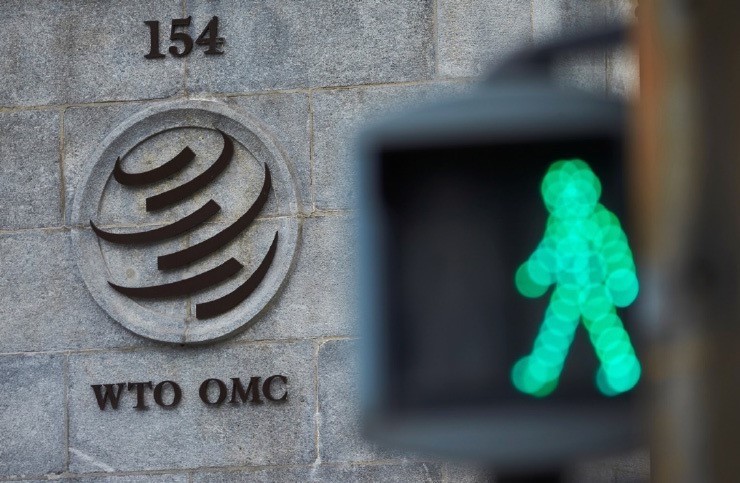 Since US President Donald Trump decided in 2018 to impose tariffs on imports from a host of countries, particularly China, global trade levels have seen a significant decrease. Global trade has been severely impacted amid government lockdown measures to contain the COVID-19 outbreak. A recent study by the Arab Monetary Fund (AMF) titled ‘Trade Tensions between the United States and China: Causes and Implications for Arab Economies,’ reveals that trade tensions between the two countries, and some of their trade partners, have repercussions that could affect the economies of thirteen Arab countries; namely, Saudi Arabia, UAE, Oman, Qatar, Kuwait, Bahrain, Iraq, Algeria, Libya, Egypt, Morocco, Jordan and Sudan.

According to the study, the trade tensions could impact many aspects of Arab economies, primarily foreign exports, global oil prices and levels of foreign direct investment. As for foreign demand, Arab countries are among the regions most exposed to shocks to the global economy, as foreign demand accounts for approximately 48 percent of overall trade in these countries. Moreover, the US and China, as key trade partners of Arab countries, receive around one fifth of their exports.

Regarding the impact of the trade tensions on global oil prices, the AMF report indicates that the decline in oil demand, a high level of uncertainty, and decreased levels of investor and consumer confidence have caused global oil prices to fall. Furthermore, the trade tensions resulted in a drop in oil demand, decreasing from 1.5 million barrels per day in 2018 to 980,000 barrels per day in 2019. Consequently, prices dropped by 10 percent last year.

These economic threats, which are the most evident results of the trade tensions initiated by President Trump more than two years ago, have become some of the greatest challenges facing global economic growth. This has of course been exacerbated by the coronavirus pandemic and containment measures that resulted in limited commercial traffic, damaged supply chains and disrupted commercial traffic all over the world. Roberto Azevêdo, Director General of the World Trade Organization, said in April that COVID-19’s impact on global trade is likely to be greater than the economic recession that resulted from the 2008 global financial crisis, with the economic contraction range between 13 and 32 percent this year. He also said that global trade growth had halted at the end of last year, adding that by the fourth quarter of 2019, the volume of goods traded decreased by one percent compared to the previous year, due to the ongoing trade tensions.

Trump’s confrontational approach to trade policies demonstrates a risk that could have economic effects similar to that of the COVID-19 pandemic, which is still threatening the world amid fears of a second wave of the virus. This approach is a major obstacle to post-COVID economic recovery. Maintaining open markets has become crucial in this regard, whereas trade protectionism can only hinder all that can be achieved. Some may see in Trump’s attempts to consider China’s technology firms, such as Huawei, a threat to national and international security, a global concern greater than that of COVID-19.

The UAE has succeeded in changing the perception of government work, linking it to efficiency, effectiveness, continuous development, rapid responses to change and high performance standards. This follows a...
Copyright © ECSSR 2020 All rights reserved | Terms and Conditions | Privacy Policy | Disclaimer | Accessibility