ECSSR Reports & AnalysisThe Coronavirus: Its Emergence and Phases of Diffusion

The Coronavirus: Its Emergence and Phases of Diffusion

The Coronavirus: Its Emergence and Phases of Diffusion 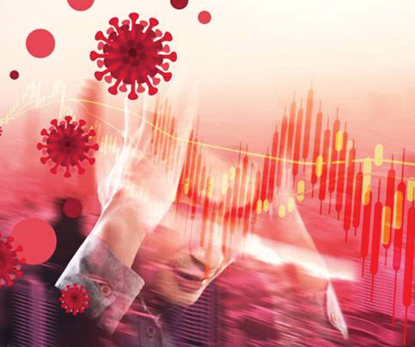 When people started talking about the new coronavirus when it first emerged in early January of this year, nobody could have imagined that it, in just a matter of three months, would nearly paralyze the entire world. The virus spread has forced many countries to shut down their borders, to impose total or partial curfews, and to either cancel or suspend schools. Some countries have taken even more intensive measures to curb the spread and this could lead to catastrophic consequences, on more than one level.

The Emergence of the Virus

The virus caught the attention of the world when China declared in early January that the authorities were investigating the reports about the spread of an unknown type of pneumonia in the City of Wuhan, Central China. At that time, 59 people had caught the disease and 11 cases had been classified as “critical.” This came amid fears that this disease could be the resurgence of the severe acute respiratory syndrome (SARS) or another deadly respiratory disease. The Chinese authorities were, still at that point, unaware of the exact nature of the disease. The Wuhan Health Bureau reported that the symptoms of the illness were neither similar to those of the regular flu nor the bird flu; they were also different from the symptoms of traditional pneumonia. The report did not include “SARS” in that list. And, it was just a matter of time before it was discovered that this mysterious type of pneumonia is caused by the coronavirus, which includes a broad family of viruses, of which only six were known. The new virus makes seven, and they are all human-infecting viruses.

Phases of the Virus Diffusion

The coronavirus has witnessed a number of phases during its spread. After the announcement of its appearance in the Chinese city of Wuhan, it then spread to several other Chinese cities. The number of infections rose sharply, as did the death toll. The daily rate of infections reached thousands while death numbers rose to hundreds. China became the main epicenter of the virus, from where it spread to other countries. The outbreak of the disease in China, at the end of January, coincided with the millions of Chinese citizens travelling with their families to celebrate Chinese New Year. And what created more fear globally is that it was then determined that the virus can be transmitted from one human to another.

As the number of infected cases grew in China, the virus spread to neighbouring countries as well as countries across the globe, including the United States. Some attributed the spread of the virus to these countries to the fact that the city of Wuhan has a population of 8.9 million people and receives a great number of foreign visitors. It also represents a major international travel hub, with its airport receiving 20 million travelers in 2016 and operating direct flights to London, Paris, Dubai, and many other world cities. Additionally, Wuhan is considered the “center of advanced and traditional industries,” where 230 of the 500 biggest world companies entertain investments there. The movement of people to and from Wuhan led to the widespread of the virus; this became evident when it was determined that the first infection cases in countries such as South Korea, Japan, the United States, Thailand had visited that city and/or stayed in it.

South Korean, Japan, Iran, and Italy were among the first to be infected by the virus. The daily infection rate increased drastically in these countries. The death rate rose remarkably, too, to the point that Iran and Italy became new epicenters, from where the virus spread to neighbouring countries, increasing the infection rate in both Asia and Europe.

The waves of proliferation became so overwhelming, despite measures by countries to fight the spread, that the World Health Organization (WHO) labeled, on March 11, the coronavirus a pandemic. Two weeks before that, the number of infected people increased 13 times, while the number of infected countries increased three times, as 118,000 cases and 4291 deaths were then registered in 114 countries. At that time, China, Italy, Iran, Spain and France were the countries with the highest infection rates. According to statistics published by Agence France-Presse on Monday, March 16, 168,250 people were infected and 6,501 died in 142 countries and regions, with mainland China counting 80,860 cases, including 3213 deaths and 67,490 recoveries. Outside mainland China, 87,396 confirmed cases were registered, including 4,301 new cases and 3288 deaths. Other countries that were most infected by the virus included Italy (24,747 cases; 1,809 deaths), Iran (13,983 cases; 724 deaths), Spain (7753 cases; 288 deaths), and France (5423 cases; 127 deaths). The United States later joined European countries and has become a new hotspot of the virus. Statistics compiled by researchers at Johns Hopkins University ranked the US third worldwide in terms of number of confirmed cases, as it registered, up to March 24, 46,371 cases and 471 deaths. Meanwhile, China declared victory over the coronavirus outbreak with zero local cases, claiming that all new cases were Chinese coming from Europe or the US; however, the virus has now hit all countries around the world.