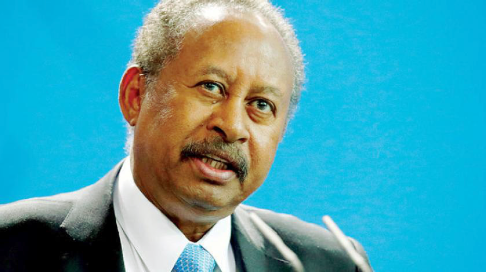 A slew of political and legal changes have recently taken place in Sudan as the provisional government seeks to support the democratic transition. These changes sustain the momentum of political reform, which is essential to realizing the desired transition following the fall of former president Omar al-Bashir and his regime.

By accelerating the political reform process, the transitional government in Sudan seeks to create an environment conducive to the establishment of a viable democratic system. The challenge is immense. Al-Bashir’s totalitarian regime ruled Sudan for 30 years. He banned public freedoms and fought political pluralism to cement his rule, which he secured in 1989 through a coup d’état against the democratically-elected government of Sadiq al-Mahdi.

It is encouraging that the latest announcement of a cabinet reshuffle and the acceleration of the establishment of transitional authority structures, came after widespread protests by the Sudanese people, who took to the streets on June 30, calling for the course of the revolution to be corrected. It is reminiscent of the December 19 protests that sparked the revolution against al-Bashir, except in this instance, the transitional government is listening to the public.

On the day before the June 30 protests, Prime Minister Abdallah Hamdok pledged to make a number of significant decisions regarding the democratic transition, such as introducing changes to the executive authority, completing transitional authority structures by appointing civil state governors and forming the transitional legislative council. These changes were in response to the demands presented to him in the memorandum of the popular ‘resistance committees’ in the days leading up to the marches of June 30.

In the wake of those demonstrations, ministerial changes were announced that saw six ministers of Hamdok’s government replaced. It was the first cabinet reshuffle since the establishment of the transitional government last September. The transitional government was formed under a constitutional agreement between the Forces of Freedom and Change and the Sudanese army, who carried out the coup d’état against Al Bashir. The agreement sets a 39-month time limit on the transition process, including the creation of executive, legislative and judicial institutions and procedures, after which national elections will be held.

This cabinet reshuffle is the result of the June 30 protests that demanded a more rapid and comprehensive process of reforms. Prior to these changes, the prime minister also relieved the police commander and his deputy, whom the pro-democracy groups viewed as associates of Al Bashir’s regime. The cabinet reshuffle also came in the context of an understanding between the prime minister and the alliance of ruling parties, ‘The Forces of Freedom and Change,’ and an assessment of the government’s performance by a joint committee of both sides.

These are the early signs of a democratic system of government. Although the transition is far from complete, the government is listening to the people, and a system of checks and balances is being created. These political developments have been supported by an important set of legal amendments to accelerate the political reform process, laying the foundation for a full democratic transition. The Sovereignty Council of Sudan (the 11-member collective head of state) approved new laws and amended existing ones to rectify the judiciary system, doing away with Al Bashir’s litany of coercive laws.

Apostasy laws and crimes of belief and conscience were done away with, and the labelling of people as infidels, or “Takfir”, has been banned. The new amendments also abolished the statute of limitations with regards to crimes against the state, corruption offences, and continuous crimes. In addition, new amendments also removed the Intelligence and Security Service’s authority to summon, search, detain, arrest or torture people. However, Islamic Sharia punishments and punitive sanctions still exist for some major crimes, such as crimes against the state. Furthermore, it introduced measures to protect women, outlawing female circumcision and allowing women to travel abroad with their children without a male guardian’s permission. Prime Minister Abdallah Hamdok has promised that the legal reviews and amendments will continue until Sudan’s legal system is free of all forms of distortion from the legacy of Al Bashir.

It can thus be argued that the ministerial and legal changes that Sudan has witnessed recently represent another step toward democracy, rectifying the political and legal environment created by the old regime. It provides an environment for realizing the demands of the revolution that toppled Omar Al Bashir’s regime, and the establishment of a fully democratic system.