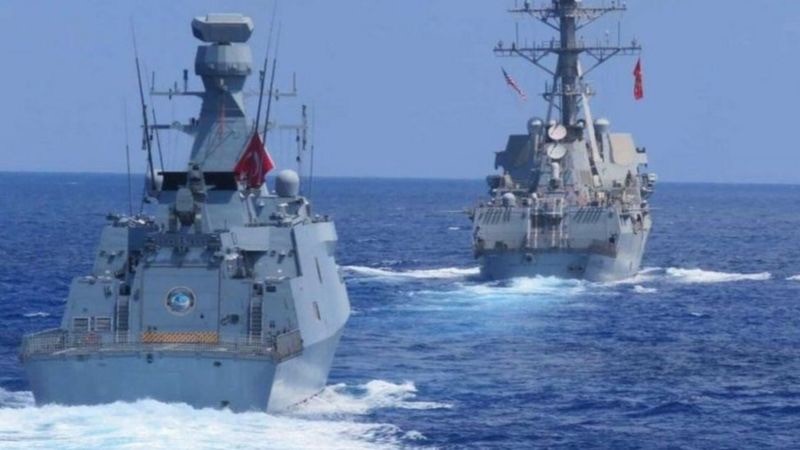 Relations between Turkey and Greece have grown increasingly tense, raises questions about the future of the crisis between the two countries and creating concern over the possibility of an armed conflict between Ankara and Athens.

The dispute between the NATO members has erupted over the rights to potential undersea gas and oil deposits in the Eastern Mediterranean. The dispute began when Turkey deployed an exploration ship in the area on August 10, 2020, accompanied by a fleet of Turkish warships. The area in question lies in the waters between Cyprus and the two Greek Islands of Kastellorizo and Crete. The deployment of the ships in the disputed waters has been extended three times.

There is no doubt that the ongoing tensions between Turkey and Greece have reached a dangerous stage. Turkish President Recep Tayyip Erdogan has increased his use of inflammatory rhetoric, making serious threats toward Greece. It shows how the situation has escalated. In a speech in Istanbul last Saturday, Erdogan referred to the disputed areas between Ankara and Athens, warning Greece that his country “has the power to tear up the immoral maps and documents imposed.” The Turkish President added: “They’re either going to understand the language of politics and diplomacy, or learn in the field with painful experiences.” He pointed out that, “Turkey and its people are ready for every eventuality and result.” There is no doubt that this is very dangerous rhetoric.

According to Turkish military officials, Turkey has begun military exercises lasting five days in the Turkish Republic of Northern Cyprus, which is only recognized by Ankara. Greece responded to this Turkish escalation by conducting naval manoeuvres with a number of allies from the European Union, which appears to be more inclined to support Athens, as evidenced by France’s position. French President Emmanuel Macron has called on the EU to be firm with Turkey, and has approved significant arms sales to Greece. The latest manoeuvres by Greece and its allies took place not far from the location between Cyprus and Crete where the smaller exercises were conducted by Turkey last week.

Last Thursday night, Greece announced that no talks with Turkey had been scheduled to de-escalate the increasing tensions in the Eastern Mediterranean. Thus, it contradicted NATO’s statement, which said it would host “technical talks” between Athens and Ankara. The Greek Ministry of Foreign Affairs issued a statement saying that “alleged technical talks at NATO do not correspond with reality.” The statement stressed that “de-escalation will only be achieved with the immediate withdrawal of all Turkish ships from the Greek continental shelf.”

In the absence of a Turkey-Greece dialogue, the ongoing crisis will escalate further, but it is improbable that it will reach the point of an armed conflict. Both countries are fully aware that they would suffer immensely from such a conflict. Meanwhile, the European Union is exerting pressure on Turkey to end its escalation against Greece and engage in bilateral or multilateral dialogue to solve the dispute. It has urged Turkey repeatedly to stop its drilling activities, and has threatened to impose sanctions if it refuses to resolve the dispute through dialogue. Josep Borrell, the EU’s High Representative for Foreign Affairs and Security Policy, warned that if Turkey does not engage in talks with Greece, the EU will prepare a list of sanctions during the European Council meeting on September 24 and 25. This provides a European deterrent against Turkey’s persistence. It will also help reduce the chances of the dispute turning into an armed conflict.