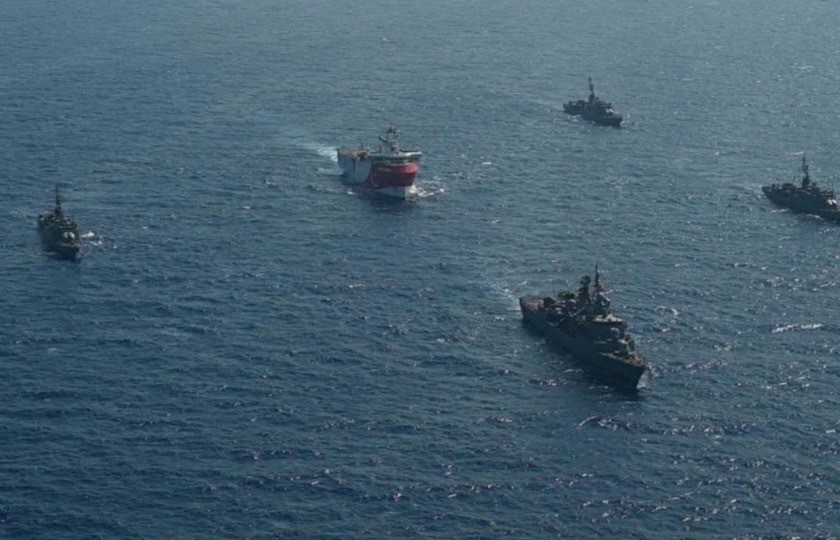 The Eastern Mediterranean region is witnessing fierce rivalry following the recent discovery of new fields estimated to contain approximately 130 trillion cubic feet of gas. Competition is heightened as a result of overlapping maritime boundaries between most, if not all, of the countries bordering the sea, increasing the chance of conflict.

As one of the largest seas in the world, the Mediterranean spans an area of 2.5 million square kilometres, while its location has historically been of paramount geostrategic importance. It occupies a central global position, connecting the three oldest and largest continents in the world (Asia, Africa and Europe). Twenty-three countries border the Mediterranean, the only sea in the world surrounded by as many countries; it actually resembles an inland sea, almost completely surrounded by land.

The Mediterranean is an important center for global trade and maritime traffic, and is one of the busiest shipping lanes in the world. It is estimated that 220,000 merchant ships cross it every year. They transport 100 million tons of cargo, accounting for one third of the world’s total merchant shipping. Moreover, the Mediterranean serves as a meeting point of civilisations and cultures. It has historically contributed to cultural exchange between nations and peoples, connected to the Atlantic Ocean via the Strait of Gibraltar, which is only 14 kilometers wide, and to the Red Sea via the Suez Canal.

Despite the importance of the Mediterranean to its bordering countries and the rest of the world, until recently, it has not been a source of serious disputes; with the exception of the Turkish-Greek conflict over Cyprus. Unlike seas with similar strategic value, such as the South and East China Seas, the Mediterranean has been a factor in greater cooperation and rapprochement between bordering nations, and even those close to it. However, energy, specifically gas, has now triggered intense rivalry with the potential for conflict. This is in light of recent developments and increasing tensions between some countries, especially Turkey and Greece, along with others in Europe.

So far, the proven reserves of gas have been estimated at 130 trillion cubic feet. Although a very small number compared to global gas reserves, and representing less than 10 percent of Russia’s reserves, its significance relates to two factors. First, bordering countries need these reserves to meet their own energy demands, as most are gas importers. The second issue is the proximity of the reserves to consumer states, particularly in Europe. The new reserves will save money and time, also allowing consumer countries to diversify their gas sources and lessen their dependence on states, such as Russia, which the Europeans consider the greatest challenge to the security and stability of their continent.

The escalating disputes between Mediterranean countries, in the absence of shared mechanisms or cooperation frameworks, began to surface in the form of issues over sovereignty, particularly the Turkish-Greek dispute. There are also debates over the exclusive economic zone of the eight Eastern Mediterranean countries; Libya, Egypt, Lebanon, Syria, Turkey, Greece, Cyprus and Israel, whose maritime boundaries overlap in a way not seen elsewhere in the world. All of this exacerbates tensions and increases the likelihood of armed conflict, particularly as the Law of the Sea has not settled the issue of these overlapping boundaries. However, it has been able to establish general rules for cooperation and agreement. An additional concern is that some of these countries have never signed up to the Law of the Sea and view themselves as having no obligation to abide by its provisions. Meanwhile, ongoing political disputes between the countries over a variety of regional issues and crises, further complicate the situation.