ECSSR Reports & AnalysisHistoric Day for Peace in the Middle East

Historic Day for Peace in the Middle East

Historic Day for Peace in the Middle East 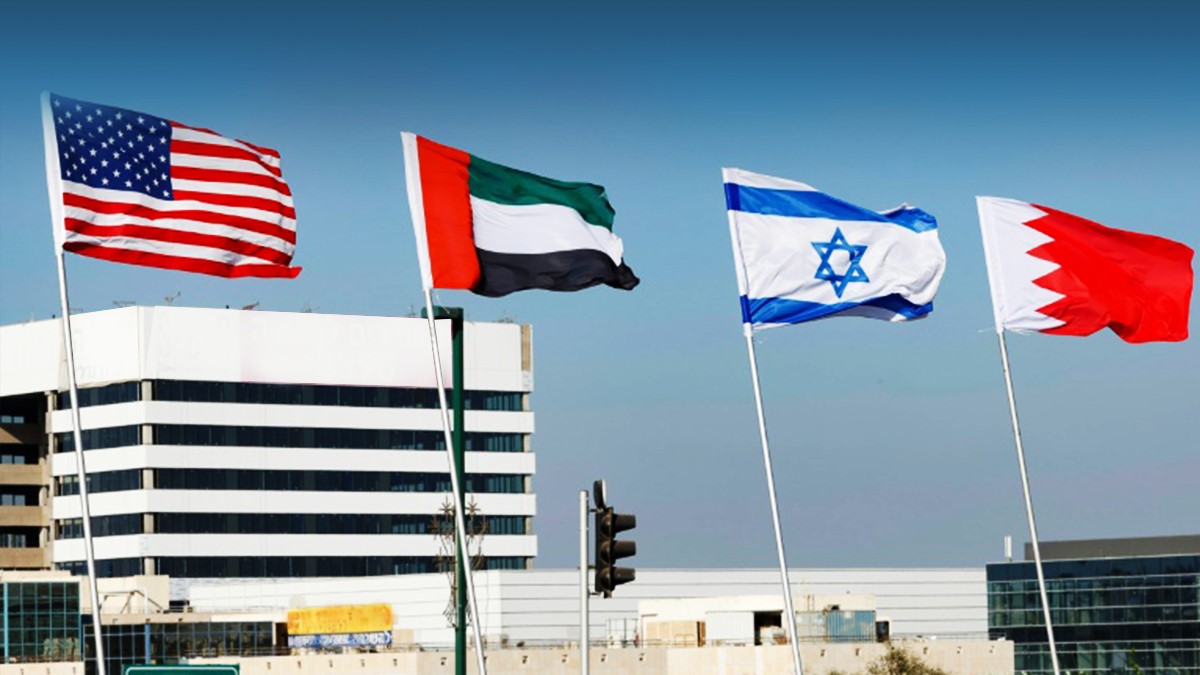 Tuesday, September 15, 2020, marked a historic day for peace in the Middle East, as a peace agreement between the UAE and Israel was signed in Washington. Another peace agreement between Bahrain and Israel was also formalized. With this, the region enters a new era in its modern history. An era full of hope that the people and countries of the region will enjoy peace, security and stability after many decades of confrontation and bitter conflict.

There is no doubt that the new reality created by the UAE and Bahrain’s peace agreements with Israel, which have garnered intense media coverage, will enhance opportunities to resolve the Palestinian issue. This has been a pivotal Arab cause; a fact the UAE has always stressed. Moreover, this new reality promotes cooperation and coexistence between countries of the region, instead of the conflicts and wars that have cost countless lives and stalled economic development.

In this context, it should be stressed that this remarkable day in the history of the Middle East would not have been possible without the UAE’s foreign policy, which is based on values of coexistence and tolerance between all nations. It rests on the absolute conviction of the UAE’s wise leadership that cooperation, not conflict, should prevail among countries, regardless of their racial, religious or sectarian differences. This pragmatic policy has ensured the UAE’s leading status regionally and globally.

The United States’ role in fostering conditions for realizing this historic day, continuing in its active support of a just political settlement, signals that a comprehensive and lasting solution to the Arab-Israeli conflict is within reach. It takes us closer to a just and comprehensive solution to the Palestinian cause, in compliance with legitimate international resolutions, which allow for the establishment of an independent Palestinian state based on the borders of June 4, 1967, with its capital in East Jerusalem. The UAE and Bahrain’s peace agreements with Israel offer a historic opportunity to begin a comprehensive settlement process that puts an end to the Arab-Israeli conflict. This reflects Arab countries’ genuine interest in finalizing a settlement so that stability can prevail in the Middle East.

However, building durable peace, after an extended conflict that has long been framed as a struggle for existence rather than a border dispute, requires transforming the two parties’ desire for peace into workable programs of action. Within this, confidence building is a prerequisite for enhancing joint cooperation. The most important element is to honor the requirements necessary to reach a solid political settlement that can lead to sustainable peace. Here, more focus is on the need for the Israeli side to adhere to these requirements. The Arabs have long been eager for peace and will exert every effort to achieve it; the Arab Peace Initiative of 2002 is undeniable proof of this.

September 15, 2020 is a decisive day in the history of the Middle East. It carries great hopes for a comprehensive settlement to the Arab-Israeli conflict. This is a goal that all Arab countries, foremost of which is the UAE, have strived for, in order to resolve the Palestinian issue, ensuring the legitimate rights of the Palestinian people. First among these is the inalienable right to establish an independent state, in compliance with legitimate international resolutions. Peace and stability can prevail throughout the Middle East, allowing its nations to concentrate on pursuing the development that is so greatly sought. This will, in turn, provide a decent life for people who have suffered greatly as a result of decades of conflict.