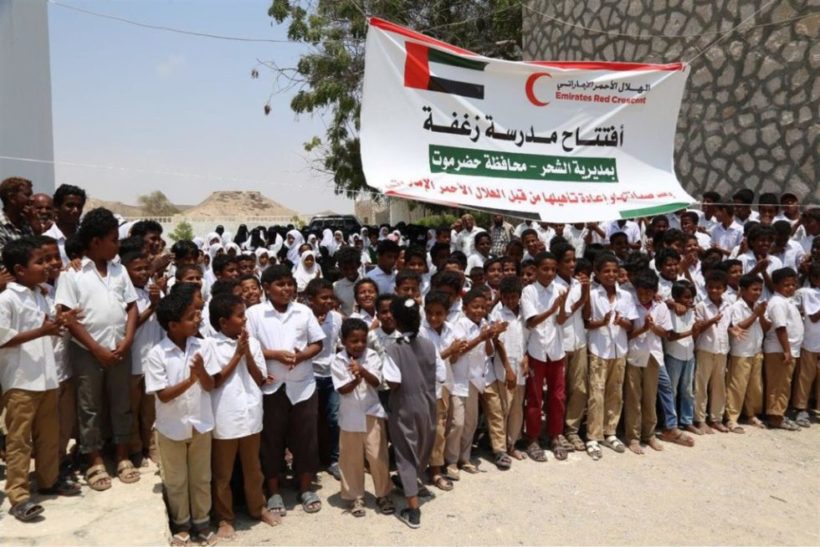 Combating illiteracy in the Arab world is of great concern to the UAE’s wise leadership and is demonstrated by the launch of several education initiatives. Since the founding of the union in 1971, the UAE has been committed to spreading knowledge and eliminating illiteracy in Arab countries. It has played a major role in sustaining Arab efforts in this regard for decades.

These efforts to spread knowledge and combat illiteracy continue today, in line with the profound vision of the wise leadership, which views investing in people as the basis for building and advancing nations. The foundations of this approach were laid by the late founding president, Sheikh Zayed bin Sultan Al Nahyan (may God rest his soul in peace), when he said: “The real asset of any advanced nation is its educated people, and the prosperity and success of the people are measured by the standard of their education.”

The UAE’s efforts to combat illiteracy are not limited to the Arab world, but extend globally, and are lauded by many countries and organizations. In fact, the UAE has recently achieved a major educational milestone, enabling it to occupy an advanced position internationally, particularly in rare scientific disciplines. The UAE has become a pioneer in the educational field, extending its support to efforts aimed at solving the problem of educational decline in many Arab countries. This decline is due to several factors, the most important of which is the spread of poverty. Thus, the UAE has intensified its efforts to address this issue, creating the conditions for combating illiteracy. The prevailing view in poorer countries is that education is a secondary issue, when compared to school-age sons and daughters’ need for work to support their families financially. Under the weight of poverty, these children start work at an early age, instead of attending school.

The UAE’s commitment to reducing illiteracy in the Arab world is consistent with its focus on enhancing all areas of human development, especially education, in order to eradicate illiteracy in regions that suffer from instability and inadequate environments for education to flourish. The UAE’s ongoing efforts are directed toward expanding basic education in these regions, reflecting its vision that seeks to support the educational system from the ground up. The aim is to ensure individuals are well-educated and can effectively engage in the labour market to contribute to raising the level of per capita income, in turn elevating people from low financial and social backgrounds towards a higher status.

The initiatives launched by the UAE to combat illiteracy exemplify its goal of establishing an Arab society armed with science and culture, which will facilitate access to appropriate education in accordance with the highest international educational standards. Among these initiatives is the Literacy Challenge Initiative, launched by His Highness Sheikh Mohammed Bin Rashid Al Maktoum, Vice President and Prime Minister of the UAE and Ruler of Dubai (may God protect him), which aims to educate 30 million Arab children and youth in cooperation with the Mohammed bin Rashid Al Maktoum Foundation, the United Nations Development Programme and UNESCO.

The UAE’s wise leadership sees education as an essential step toward building a promising future for forthcoming generations in the Arab world. It has strived to create a thriving educational environment in Arab countries with a high rate of illiteracy by building schools, institutes and universities, and by implementing various educational programs. This is in addition to other forms of assistance provided by the UAE to improve educational conditions in regional countries to combat illiteracy.