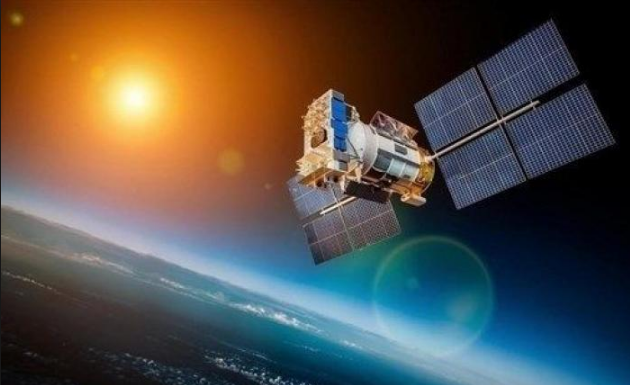 In the early hours of Saturday, October 21, 2000, the Thuraya-1 satellite was launched on a Russian Zenit-3 SL rocket; the first UAE satellite in space.

Today, twenty years on from this great event, the UAE has achieved remarkable progress in satellite technology, and in areas related to space exploration. These advancements have been realized in just two decades. Now, a constellation of UAE satellites has followed Thuraya-1 into space. Corresponding to their launch dates, they are: Thuraya-2, launched in 2003; Thuraya-3 in 2008; DubaiSat-1, launched in 2009; Al Yah-1 in 2011; Al Yah-2 in 2012; DubaiSat-2 in 2013; Nayif-1 in 2017; Al Yah-3 in January 2018; KhalifaSat in October 2018; and MYSAT-1 in November 2018.

This twenty-year journey demonstrates steady progress and expansion, particularly in terms of quantity and quality. It is significant that after the launch of three foreign-made UAE satellites, Emirati engineers manufactured 30 percent of the fourth satellite, DubaiSat-1, launched in 2009. Emirati contributions increased to 70 percent with DubaiSat-2, which is equipped with innovative technology that enhances rotation control and increases speed by up to 300 percent, compared to DubaiSat-1. Meanwhile, KhalifaSat was made entirely by Emirati engineers.

This demonstrates that the UAE’s efforts to realize scientific achievements in the space sector are connected to the development of skilled Emiratis, who have attained an outstanding level of expertise within just a few years. They joined forces with other Emiratis undergoing similar experiences in industrial, engineering and technological sectors, and in projects investing in advanced learning and training. Over the years, a solid academic base of young people, adept in various scientific and applied disciplines, has taken shape. It represents a strong foundation for economic and social advancement, as well as sustainable development in the UAE.

The UAE’s universities and educational institutions have also made remarkable contributions within the field of nanometric satellites; small satellites weighing approximately 1kg. Nayif-1 was developed by Mohammed bin Rashid Space Centre, with contributions from a group of Emirati electronic, mechanical and computer engineering students, at various institutions, the most prominent being the American University of Sharjah. MYSAT-1was developed by students from Khalifa University of Science and Technology, in the laboratory of Al Yah Satellite Communications Company, for scientific research purposes and Earth monitoring. In addition to qualifying students in various engineering specializations, these efforts affirm the role of universities as institutions for scientific research and development. It is a role that is absent among many Arab universities.

The success of the UAE’s space sector is a result of the vision of the UAE’s wise leadership, which from the outset, set ambitious objectives. The leadership is fully aware that strong will, sound planning and the prudent investment of resources, as well as the enthusiasm of UAE citizens and their immense potential, are all factors that make these achievements possible. However great the challenge may seem, there are opportunities for significant success, particularly as the UAE’s space sector has strong foundations and a solid infrastructure. This strong foundation is embodied by the support of the wise leadership, as well as the existence of successful companies and institutions, such as the UAE Space Agency, Mohammed bin Rashid Space Centre, Thuraya Satellite Communications Company and Al Yah Satellite Communications Company. This progress has also been facilitated by the implementation of action plans, and regulatory and legislative frameworks, such as the UAE Space Agency’s National Space Strategy, the UAE’s National Space Policy and the UAE Space Law.

Of course, highly experienced national personnel, a network of advanced educational institutions and exponential growth in the UAE’s scientific and applied sectors, have strengthened the satellite sector. This has enhanced prospects for further progress, especially as seven new UAE satellites are due to be sent into space within a few years, adding a new chapter to the UAE’s success story.