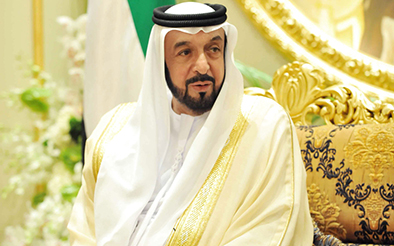 Celebrations for the birthday of His Highness Sheikh Khalifa bin Zayed Al Nahyan, President of the UAE (may God protect him) on September 7, 2020, by Emiratis and their brothers and sisters from all Arab countries, demonstrated the special place this exceptional leader occupies in the hearts of UAE and Arab citizens. The celebrations also recognized His Highness’ inspirational experience in governance and his ability to ensure that the UAE is among the greatest global success stories in the last two decades. The UAE’s development experience has become an inspiring model for countries all over the world, including developed nations.

The success of His Highness Sheikh Khalifa bin Zayed Al Nahyan (may God protect him), in achieving a leading position in the history of the region and world has not been easy, particularly as successor to a great, wise and exceptional leader; the late Sheikh Zayed bin Sultan Al Nahyan (may God rest his soul in peace). However, His Highness has proven that unique capabilities are deeply rooted among all leaders in the Al Nahyan family, and that traits of wise, insightful and inspiring leadership are a continuing legacy.

The Twitter hashtag, ‘UAE President’s Birthday’, conveyed an outpouring of affection toward a man who has devoted his entire life to serving his people. Before he was twenty-years-old, His Highness took on immense responsibility. For instance, at the age of 18, he was the Ruler’s Representative in the Eastern Region and Chairman of the Courts; before he turned 21, he became Crown Prince of Abu Dhabi and Head of the Abu Dhabi Department of Defense. This means His Highness was responsible for establishing the legal system and building armed forces in a newly created country. He also witnessed the early stages of the Union, from the birth of the idea until the new country emerged, surrounded by challenges.

At that time, it was not easy to take up a leadership position, due to the scarcity of resources, insufficient abilities and lack of development. Fortunately, His Highness had the benefit of two main factors. First, he grew up in Zayed’s school where he learned that a leader needs a strong sense of duty and responsibility to serve his people. Second, from an early age, he developed strong determination, despite the calm and tolerance that characterize his personality. This authentic characteristic has allowed His Highness to confidently and competently lead the country, making him an excellent successor to the outstanding leader that went before him.

Upon his accession in November 2004, His Highness Sheikh Khalifa bin Zayed (may God protect him), established a road map for the UAE, based on previous achievements. It aspires to further accomplishments in the future, following a clear vision and defined objectives, sparing no effort to reach its goals. Thanks to that road map, the UAE has become an exemplary development model in which all Arabs and Muslims take pride.

The vision of His Highness Sheikh Khalifa bin Zayed Al Nahyan (may God protect him), seeks to consolidate the UAE’s progress in all areas, and is manifested in the Empowerment Program launched by His Highness on the 34th UAE National Day. The Program was translated into various strategies and work plans; fifteen years later, all of its objectives, and more, have been realized. Marking the birthday of His Highness Sheikh Khalifa bin Zayed Al Nahyan, President of the UAE (may God protect him), expresses gratitude to a leader and father who has devoted his life to serving his people, earning him a place deep in their hearts.