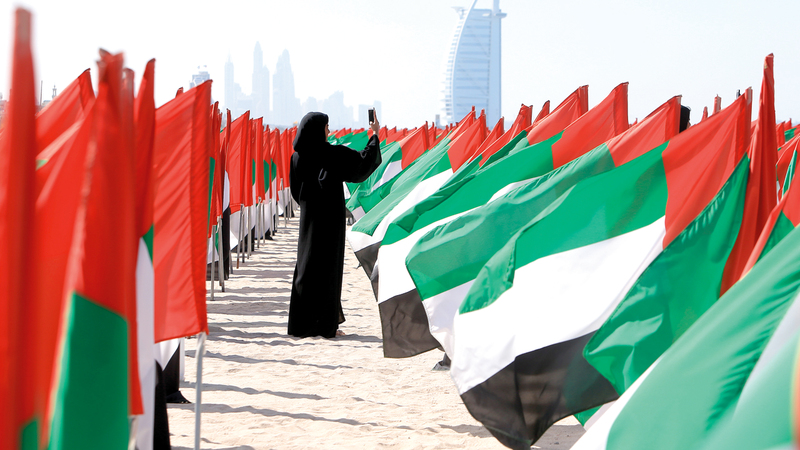 The UAE has recognized the importance of female empowerment since the time of the Founding Father, the late Sheikh Zayed bin Sultan Al Nahyan (may God rest his soul in peace). On the occasion of the establishment of the UAE Federation on December 2, 1971, he said: “Nothing pleases me more than seeing Emirati women assuming their role in society and achieving their rightful position.” H.H. Sheikha Fatima bint Mubarak, Chairwoman of the General Women’s Union (GWU), President of the Supreme Council for Motherhood and Childhood, Supreme Chairwoman of the Family Development Foundation, and ‘Mother of the Nation’, furthered Sheikh Zayed’s efforts by supporting women in all areas. H.H. Sheikha Fatima has dedicated August 28 each year to celebrating Emirati Women’s Day. This year’s theme is ‘Preparing for the Next 50 Years: Women are the Support of the Nation’, reflecting the success and achievements of UAE women in all fields.

With Her Highness’ support, the National Strategy for Empowerment of Emirati Women for the Years 2015-2021 was launched. It aims to provide a framework for all federal and local government entities, as well as private sector and social organizations, to put plans in place that provide a decent quality of life for women, in addition to helping them make prominent contributions in all areas of sustainable development. The strategy and its aims are based on  a set of core principles derived from sources including; the UAE Constitution; UAE Vision 2021; the document of Conduct and Ethics of the Emirati Citizen; the Convention on the Elimination of All Forms of Discrimination against Women, as well as other relevant international conventions.

Based on the support given by the UAE’s wise leadership, Emirati women have reached senior positions in the political, economic and knowledge arenas; establishing themselves in the education and health sectors, the labor market, as well as in political life. A resolution by His Highness Sheikh Khalifa bin Zayed Al Nahyan, President of the UAE, (may God protect him) raised women’s representation in the Federal National Council (FNC) to 50 percent. The available statistics also show that the share of UAE women in working in government amounts to 66 percent; 30 percent of which hold senior positions, while 15 percent have specialized and academic roles. It represents one of the highest percentages within this area worldwide. Moreover, Emirati women rank first for their percentage participation in decision-making bodies and leadership positions, according to the 2019 annual report by the Center for Arab Women Participation Studies at the Arab Women Authority. This is in addition to the high percentage of cabinet portfolios held by Emirati women.

Furthermore, Emirati women have made great strides toward economic empowerment. There are more than 23,000 UAE businesswomen. They manage project portfolios worth more than AED 50 billion and occupy 15 percent of the seats on boards of directors within chambers of commerce and industry in the UAE.  Each year, Emirati women achieve high rankings on the Arab world’s ‘100 most powerful women’ lists, in relation to economic fields. In the context of advanced sciences, Emirati women participated actively in the Emirates Mars Mission, the Hope Probe. They constituted 50 percent of the leadership team and 34 percent of the overall project team. The statistics also show that the percentage of women in the UAE’s peaceful nuclear energy program exceeds 20 percent. This figure is higher than the percentage recorded in international peaceful nuclear energy programs.

In the education sector, women’s literacy stands at 95.8 percent in the UAE, while women make up two-thirds of students enrolled in public universities, and half of those resuming their studies in private higher education institutions. They also constitute 70 percent of university graduates. This indicates that the advanced position women have achieved at all levels in the UAE, in addition to their proven competence and achievements, has been facilitated by the great and qualitative support provided by the UAE’s wise leadership. The efforts exerted for many years by the ‘Mother of the Nation’ have also been vital in ensuring Emirati women receive all the support they need; these efforts have garnered widespread appreciation and praise nationally, regionally and globally.