Emarat Al Youm: A National Strategy for Developing the Cultural and Creative Industries

Emarat Al Youm: A National Strategy for Developing the Cultural and Creative Industries 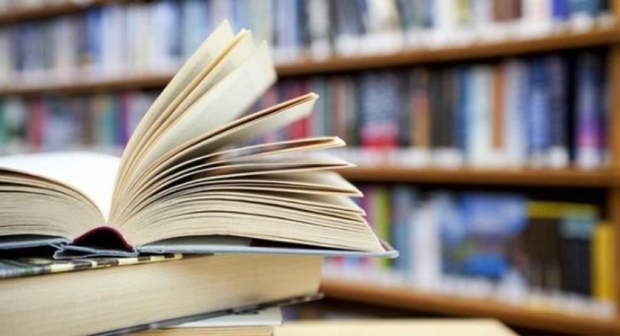 His Highness Sheikh Mohammed bin Rashid Al Maktoum, Vice President and Prime Minister of the UAE and Ruler of Dubai (may God protect him), has held a series of meetings with members of government to discuss future plans at ministries, which will form a strong basis for their work in the coming years. These meetings have facilitated coordination, cooperation and the harmonization of efforts, contributing to achieving the ambitious goals set by the wise leadership. A meeting was held on August 17 to review plans at the Ministry of State for Artificial Intelligence, Digital Economy and Remote Work Applications. On August 18, His Highness examined the economic agenda with relevant ministers, and on August 23, the issue of food and water security was considered. On August 25, measures related to the new school year were reviewed.

These meetings offer stakeholders and the public a clear view of the strategies and frameworks that underpin future plans. As the direction becomes clear to all, it allows for the coordination of community activities to tackle issues and develop necessary resources, in a way that enhances community involvement in decision-making. These societal dialogues, in a country of moderation and rationality, reflect a sincere desire to benefit all in society. In this context, at the meeting held on Wednesday, August 26, His Highness Sheikh Mohammed bin Rashid Al Maktoum reviewed plans at the Ministry of Culture and Youth, particularly, developments in the National Youth Strategy.

Within the cultural context, His Highness Sheikh Mohammed bin Rashid Al Maktoum issued a directive “to prepare an integrated national strategy for the development of the cultural and creative industries in the UAE, and to make cultural and creative products among the key contributors to the economy.” This strong directive has significant connotations. Firstly, developing a “national strategy” requires a comprehensive, harmonized and coherent vision, representing a clear standard, according to which plans are developed and initiatives are defined. In contrast, the lack of a comprehensive vision could give rise to dispersed or conflicting efforts.

The second consideration relates to the use of the term “creative and cultural industries”, described by the United Nations Educational, Scientific and Cultural Organization (UNESCO) as: “Among the fastest growing industries in the world. They have proven to be a sustainable development option that depend on a unique and renewable resource; human creativity. Creativity means the human ability to develop new and innovative solutions and ideas which have their origin in imagination or innovative skill.” This understanding of culture, its nature and its role, is consistent with values the UAE strives to promote in society, particularly innovation, creativity and a reliance on human resources as the most important source of wealth. This is in addition to mobilizing all efforts to achieve sustainable development.

The third factor to consider is reflected in perceiving culture as a “key contributor to the economy”. The economic viability of a cultural product and its competitiveness is an important criterion for measuring its ability to meet cultural needs, as well as its effectiveness and impact.

This comprehensive vision of His Highness Sheikh Mohammed bin Rashid Al Maktoum (may God protect him) gave fresh impetus to points presented by Her Excellency Noura Al Kaabi, Minister of Culture and Youth, during the meeting. These points relate to the ministry’s efforts to act as “a major incubator by providing funding, training and guidance to national talents” in order to “build a creative national product that can proliferate and compete globally.” It also seeks to create “an integrated system for Emirati heritage,” and a “National Identity Strategy” agenda, in addition to launching and implementing initiatives within the national agenda for the Arabic language.

Combining issues related to culture and youth reflects an awareness of their close connection. The youth are the primary focus of the UAE’s efforts in the cultural domain; they are also the most capable of participating in producing cultural content that is aligned to current needs. In characteristic wisdom, His Highness Sheikh Mohammed bin Rashid Al Maktoum (may God protect him), expressed this by stating: “The cultural and creative industries are key drivers in the advancement of our society. The youth are also a key pillar as we accelerate our country’s development in various fields.”