ECSSR Reports & AnalysisEditorial: UAE’s Position on the Palestinian Cause is Unequivocal

Editorial: UAE’s Position on the Palestinian Cause is Unequivocal

Editorial: UAE’s Position on the Palestinian Cause is Unequivocal 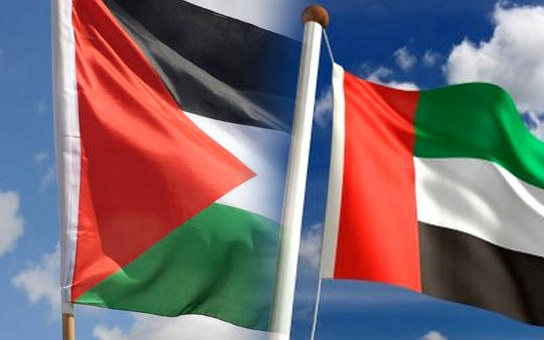 The UAE’s wise leadership have been committed to the Palestinian cause since the establishment of the UAE on December 2, 1971. The late Sheikh Zayed bin Sultan Al Nahyan (may God rest his soul in peace) considered it a fundamental priority in the UAE’s foreign policy agenda, and it has remained a major concern for the UAE ever since.

For five decades, the UAE has exerted all possible efforts to find a just and lasting solution that preserves the legitimate right of Palestinians to establish an independent state on the June 4, 1967 border, with East Jerusalem as its capital. These efforts are in line with UN resolutions that give international legitimacy to Palestinian statehood. Yet some have attempted to use the UAE-Israel peace treaty, known as the Abraham Accords, as a pretext to spread rumors regarding the UAE’s support for the Palestinian cause.

These elements have tried to show that the UAE, by signing the treaty, is no longer concerned with this cause. However, this is a false and misleading argument made by adversaries of the UAE with malicious agendas, who have no involvement in advocating the legitimate rights of Arabs and Palestinians. The UAE has countered this absurd narrative through several statements, affirming beyond reasonable doubt that this treaty will in no way be implemented at the expense of the Palestinian cause and the inalienable rights of the Palestinian people, and that the UAE will remain a major supporter of the Palestinian cause, as it has been throughout its history.

During his speech before the 154th edition of the League of Arab States Council, held remotely last Wednesday at the foreign minister level, Dr. Anwar Gargash, Minister of State for Foreign Affairs, reiterated the UAE’s position in support of the Palestinian cause. He described it as the central and pivotal cause for the Arab world, and said the UAE staunchly supports Palestinian statehood on the June 4, 1967 border, with East Jerusalem as its capital, in line with UN resolutions and the Arab Peace Initiative. He added that the UAE is pursuing a firm policy in support of efforts to find a solution to the Palestinian cause and the Arab-Israeli conflict, in the hopes of establishing peace and stability in the region.

Discussions at the League of Arab States Council covered a broad agenda of regional issues, with the Palestinian cause as a primary concern. Dr. Gargash’s speech at this meeting was an important opportunity to respond to the rumors and biased positions of those attempting to undermine the UAE’s credibility with regards to its unconditional support for the Palestinian people. He made clear what was already self-evident to any unbiased observer, that the UAE will always support the Palestinians.

Moreover, this summit, the first meeting of Arab foreign ministers following the announcement of the UAE-Israel peace treaty, was a key opportunity for the UAE to reiterate that its sovereign and strategic decision announcing normalization with Israel includes Israel’s agreement to halt the annexation of Palestinian territories. Dr. Gargash called this a major step toward reviving the peace process, in order to reach a just and sustainable solution to this cause.

The Palestinian cause is, and will remain, a key concern for the UAE, which has provided unwavering support to the Palestinians since it was established in 1971. The Abraham Accords will not change this historical fact. The UAE has stressed that its support for this cause will remain one of the main pillars of its foreign policy, and that no one can doubt this stance. The UAE is at the forefront of Arab endeavors that advocate for a just solution to the Arab-Israeli conflict, to establish an independent Palestinian state on the June 4, 1967 border, with East Jerusalem as its capital.