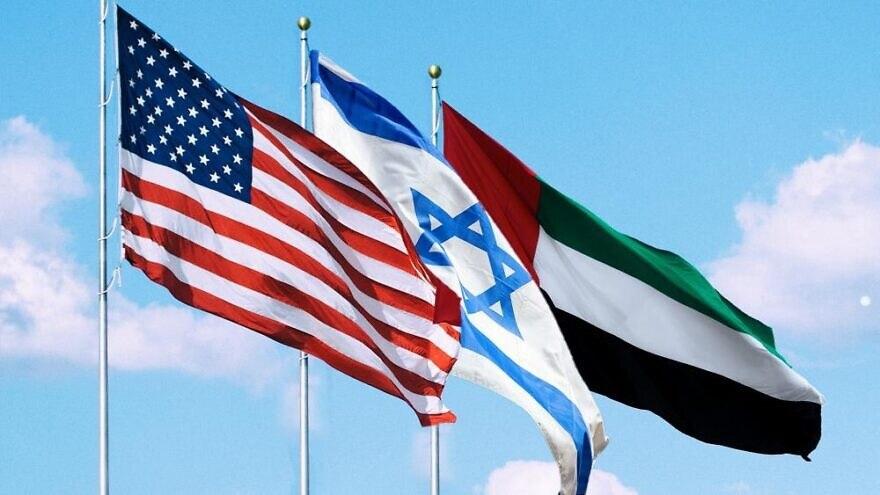 The UAE is taking confident steps toward peace, ignoring critics who question its firm, unwavering stance toward the Palestinian cause. It has not been discouraged by external campaigns intended to foment anger against the UAE, and has countered this cynicism across the Arab world. The UAE’s actions have dwarfed the ambitions of these groups, which seek to dominate the Arab region and use it as a platform to spread their delusional imperial dreams.

The confidence that characterizes the UAE’s move toward peace-building stems from the solid will of its wise leadership, who look toward a brighter and more prosperous future for their nation, the region and its people. It is also based on the unity of the people of the UAE, their loyalty to the leadership and their faith in the leadership’s wisdom, insight, vision, and unquestionable resolve to push the UAE to the forefront in all fields. Through this, the UAE continues its victorious progress toward its goal of becoming a world leader and one of the best, most advanced, most prosperous and happiest countries in the world. The UAE is pursuing a firm strategy and a clear and well-thought-out roadmap. It only accepts results that are in the interest of the UAE people and all people in the region who aspire to have a better life.

To those who have insight, and can evaluate fairly and impartially, it is clear that the UAE’s move toward making true peace in the region will positively affect the lives of present and future generations. This move will relieve these generations of the burdens of enmity and hatred, giving them hope for a new life, free from resentment and the cycle of retaliation. If the potential of these generations had been properly harnessed and supported, they would have made qualitative leaps, benefitting all the peoples and countries of the Middle East, as well as raising their welfare to levels comparable to the best standards in the world.

The time has come to shake off the dust of the past, putting aside outdated techniques and methods, and to look for new ways to build relations between the people of the region, relations based on understanding and cooperation. Their potential and capabilities should be harnessed for building and achievement, rather than killing and destruction under the pretext of justice. This certainly does not mean abandoning those who have been subjugated, their rights will remain a fundamental priority until comprehensive and satisfactory solutions for all parties are found. This entails a change in means and methods, the pursuit of different techniques on the basis of understanding rather than dissonance, cooperation rather than conflict, and dialogue instead of bombs and bullets.

The UAE delegation, led by His Highness Sheikh Abdullah bin Zayed Al Nahyan, Minister of Foreign Affairs and International Cooperation, will head to the US capital, Washington D.C., on September 15, 2020, to take part in the signing ceremony of the historic peace treaty between the UAE and Israel. The delegation will present an agenda that heralds a new era in the history of the Middle East. It will put an end to decades of hostility and hatred, while simultaneously affirming the rights of the Palestinian people, rights that the UAE has not abandoned, and never will. The UAE will always support the Palestinian cause and advocate on their behalf until the establishment of an independent state.

Once again, the UAE is making history. Major transformation and exceptional achievements cannot be made in isolation. Progress cannot be achieved through fixation on the past. The people of the region are tired of platitudes, rhetoric, and rigid attitudes, the result of hazy, confused visions that bring nothing but economic, social, cultural and civilizational regression. Instead, measurable achievements are made by real action on the ground. This provides new and innovative channels for resolving difficulties, and the development of solutions to unresolved issues. In order to have peace, there must be common ground and a means by which to explore satisfactory solutions. This is exactly what the peace treaty has provided.