Editorial: UAE-Japan Ties Are a Model for Friendship and Cooperation

Editorial: UAE-Japan Ties Are a Model for Friendship and Cooperation 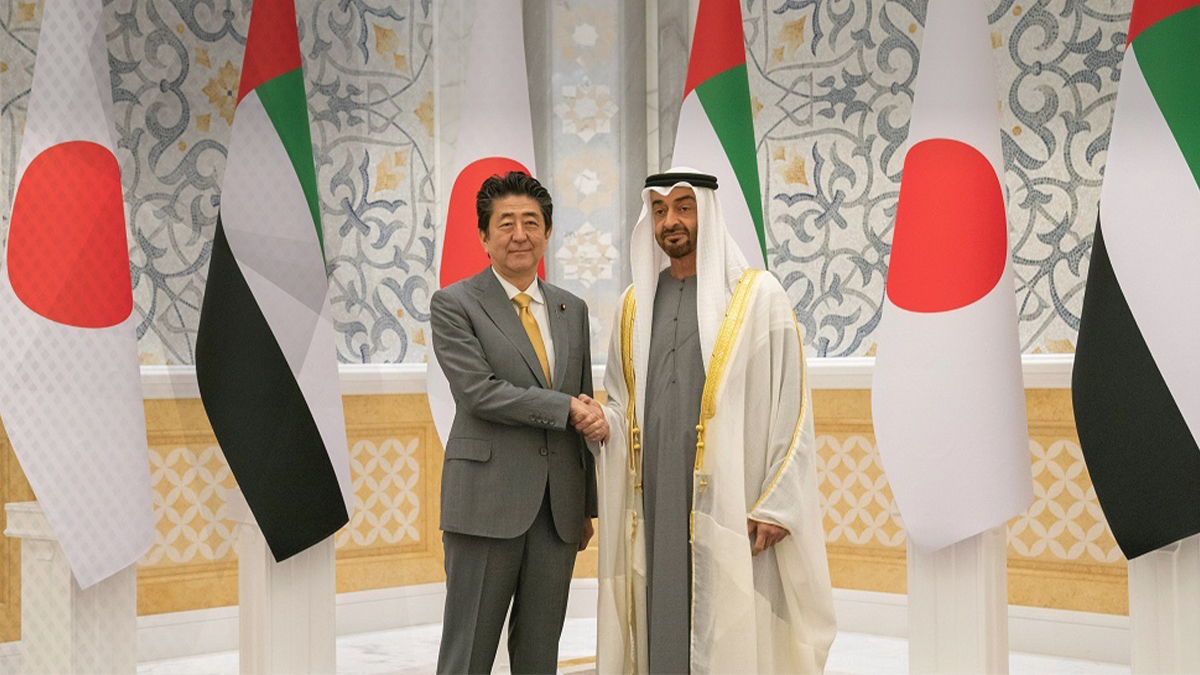 The UAE and Japan enjoy a close friendship and joint cooperation in many areas, premised on historical roots and convergent visions for foreign policy. These ties receive great attention at the highest level in both countries and have become a model for relations between countries, based on mutual respect and goodwill.

The two nations share the same ambition to promote civilization and development through a reliance on science, and support of creativity and innovation, so that citizens of both countries can harness all their potential and capabilities. Japan and the UAE also have many common values, convictions and perspectives, particularly their belief in human capital as a nation’s wealth. Both countries seek to make their citizens the central focus of all plans, strategies, policies, activities and projects. Japan and the UAE consider the development of quality of life, and the achievement of happiness, to be the ultimate goal,  and the basis on which the results of government action are measured.

Both countries also have a common goal of promoting peace in the world. They reject and work to bring an end to conflicts in favor of dialogue, understanding and communication as an irrevocable means to resolve any dispute, regardless of their magnitude or subject. They believe in the capacity of humanity to understand and adapt to changes, and thus propose solutions that ensure the causes of disputes are minimized, even to the extent of containing and transforming them into opportunities for cooperation and integration for the benefit of humanity.

Japan was one of the first countries in the world to establish diplomatic relations with the UAE when it was established in 1971. The UAE inaugurated its embassy in Tokyo in December 1973, and the Japanese embassy in Abu Dhabi was opened in April 1974, commencing a historic journey of joint cooperation that has lasted almost half a century. This relationship has reached the highest levels of understanding, becoming a comprehensive strategic partnership at official and public levels. The results of this partnership are reflected in the growth of scientific, economic and cultural cooperation, as well as continuous communication and consultation between the leadership of the two countries on various bilateral, regional and international issues.

Today, Japan is the UAE’s foremost trade partner. Japanese investments and technology have played a vital role in supporting the country’s development, especially in sectors of advanced technology, renewable energy, transportation, aviation, and healthcare. This is in addition to the cooperation offered by Japan for the successful launch of the Hope Probe on its historic mission to Mars. The launch of the Hope Probe from the Tanegashima Space Center in Japan, is an indication of the limitless nature of the cooperation between the two countries. This is thanks to the diligence of the leadership of the two countries to actively contribute to the advancement of human civilization through their successive achievements, boosting science and knowledge and providing people with new opportunities for advancement, while exploring and developing resources that will drive this advancement.

Because historical leadership leaves an eternal mark in the building of a nation, and plays a fundamental role in strengthening cooperation with other countries, and because great leaders are the most capable of appreciating and celebrating contributions to nation-building, His Highness Sheikh Mohamed bin Zayed Al Nahyan, Crown Prince of Abu Dhabi and Deputy Supreme Commander of the UAE Armed Forces (may God protect him), was keen to express his thanks and appreciation for the efforts of Shinzo Abe, Prime Minister of Japan. Prime Minister Abe stepped down for health reasons last week, after several years of working to develop and grow UAE-Japan relations. His Highness said: “Under the leadership of my dear friend Shinzo Abe, UAE-Japanese relations flourished and reached unprecedented strategic heights. His global contributions made the world a safer and more prosperous place. We wish him good health, and all the best in the next chapter of his career.”

An even brighter future awaits the UAE’s relations with Japan, and all peace-loving countries of the world, thanks to the approach of the UAE’s wise leadership, which aims to create a better world, where understanding, peace and cooperation prevail so that development and prosperity is achieved, while hatred and harmful ideologies, that bring nothing but destruction and ruin, are renounced.