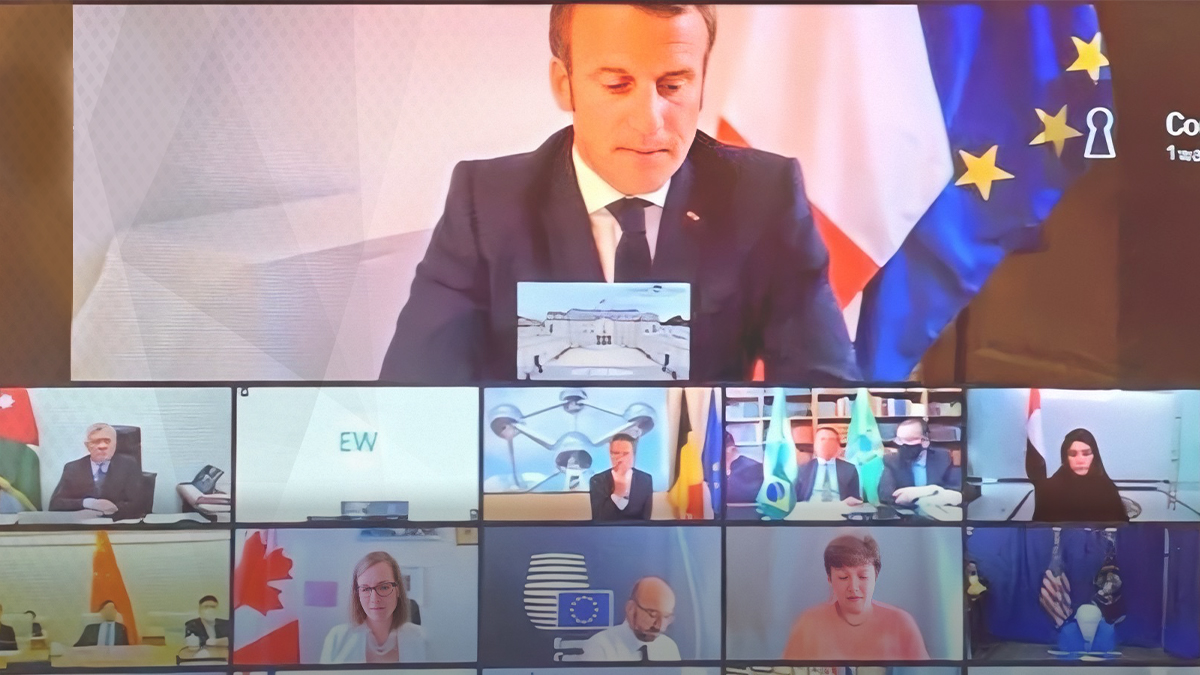 According to standards in policy, the concept of sovereignty is a non-negotiable or indivisible principle. It reflects a country’s ability to exercise its power over its entire territory, have full control over its affairs, and enforce its constitution and applicable laws on its entities and individuals. No natural or corporate body should be above the rule of law. This is one of the fundamental guarantees which serves to achieve justice and good governance, ensuring the engagement of all segments of society cooperating, regardless of their political and factional agendas and convictions.

Any disruption, complacency or compromise in exercising sovereignty is a first step toward transforming countries into corrupt and failed ones, as it allows groups, entities, or individuals to infringe on order and society, exposing laws to tampering and duplication, resulting in disrupting and marginalizing the role of these laws. It also sets conditions for the emergence of the so-called “state within a state”, reinforcing the jungle law concept which advocates the principle of “survival of the fittest”. Consequently, it impedes the progress of countries, isolating them from a world in which nation-state plays a pivotal role in formulating systems and relations. This precipitates the failure of development initiatives, devastates societal structures, undermines the components and elements of loyalty and belonging, and hinders all national sentiments under pressure from injustice and an inability to attain rights, leading to frustration and resentment, thus reinforcing a systemic reluctance to perform duties.

In this respect, civilized countries of the world as well as those on the path to progress and development, strive to enforce laws and strengthen institutional activities. They work relentlessly to challenge and confront concepts and systems that may contradict with or hinder this approach. They also exert great efforts in maintaining equality and equal opportunities, while also encouraging members of society to participate in political life according to what is suitable for each country in terms of systems and methods. This gives countries a remarkable advantage in building relations with others and gaining the trust of the international community and its organizations. It also leaves the door open for them to benefit from these relations in political, economic, and cultural domains, in addition to programs, projects and assistance in normal and exceptional circumstances.

The tragedy that Lebanon is experiencing, as a result of the devastating explosion which occurred in Beirut’s port on the 4th of August, has brought to the fore the issue of Lebanon’s sovereignty, which is at risk due to Hezbollah’s practices such as its countless violations of the constitution, laws and regulations, including its cross-border crimes. This has weakened international interest in providing aid to mitigate the impact of the disaster on the Lebanese people, despite sympathizing greatly with them. Countries of the world have become increasingly suspicious of how the Lebanese state deals with this organization, fearing that the aid they provide might reach undeserved actors who could use it to consolidate the influence of Hezbollah and enhance its ability to hijack the Lebanese nation, plunging it into the unknown.

Consequently, the UAE’s speech at the donors’ conference aimed to help the Lebanese people, which was organized by the French government, was clear, unambiguous and unequivocal. It set the record straight about issues that had long been suppressed due to ambiguous and lenient international positions. The UAE affirmed that in order to support Lebanon as a state, and help it emerge from the current crisis and its implications, it should restore its internal sovereignty and end the control of party militia over the country’s ports, harbours and airports. This is                           so that its management, supervision and control remain in the hands of the government, without     threat or dispute. It also called for enacting the UN Security Council Resolution No. 1701 on disarmament, which would grant the Lebanese Armed Forces exclusive right to the possession of weapons. Unless these measures are taken, chaos will continue to prevail, and Lebanon’s friends will find it difficult to extend a hand of support.