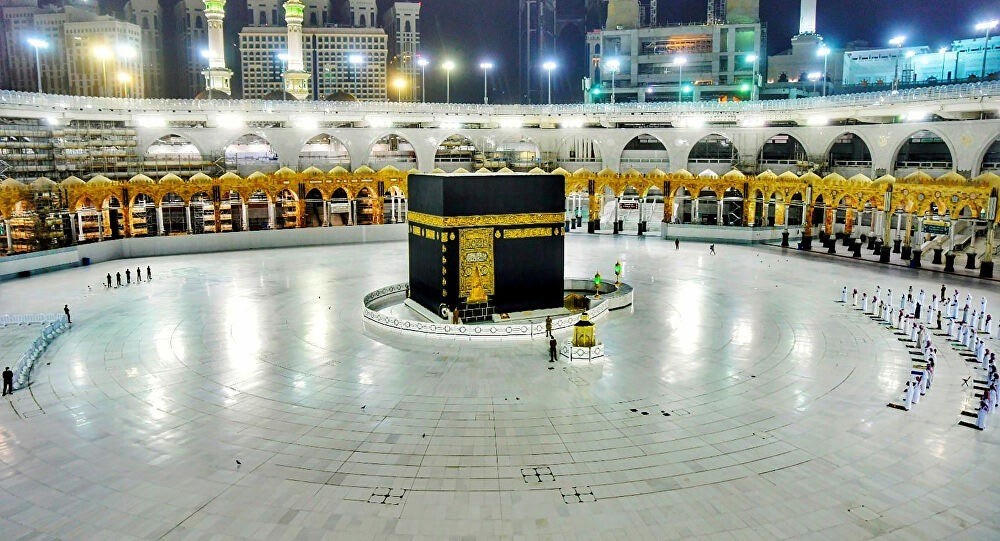 This year, the Hajj will be ‘proclaimed’, but people will not come from every ‘distant pass’[1]. Performance of the ritual will be limited to a small number of citizens and residents of the Kingdom of Saudi Arabia; approximately 10,000 pilgrims. In addition, the elderly will not take part, as is customary. Most Islamic countries traditionally give the elderly priority in performing the obligatory pilgrimage, however, new instructions specify that those allowed to perform the Hajj this year must be younger than sixty-five. This is a result of the exceptional circumstances the world, and Arab region, is experiencing amid the continued outbreak of the pandemic, which as of yet, has no vaccine or effective treatment.

The Saudi decision followed in-depth consultations with various stakeholders; with Sharia authorities, represented by scholars, jurists and Fatwa bodies, and with health authorities, namely the World Health Organization. The decision stipulates that this year’s pilgrimage should be limited to very small numbers, made up of the various nationalities already present in the Kingdom. It should be conducted in a safe manner, observing social distancing in a bid to maintain global health security amid the ongoing pandemic. This is particularly important considering how easily the virus is spread in communities and among crowds. The significant reduction in the number of pilgrims, which in the past two years came close to 2.5 million pilgrims per year, in addition to the prevention of pilgrims from abroad, is unprecedented in the history of the modern Saudi state. It will result in heavy losses for the many sectors that anticipate the season. The growing numbers of pilgrims help support the Saudi economy in both the short and long term, with the Kingdom’s average annual revenue from the Hajj approximately $16 billion.

Studies show that the tourism sector, of which the Hajj is the main pillar, contributes around 3.5 percent to Saudi’s GDP. This is equivalent to 85.5 billion riyals ($22.8 billion) annually, in addition to providing approximately 882, 900 jobs, representing 7.7 percent of the Kingdom’s total workforce.

This is not the first time Hajj season has been affected by incidents or natural disasters. The season has been suspended, or halted completely, several times in history. The most prominent and severe disruption came when the Carmathians stopped the Hajj in 317 AH (930 AD), banning it for several years, as they considered it an act of pre-Islamic times.

The pilgrimage from Iraq was stopped in 983 AD due to disputes between the successors of Bani Abbas and Bani Ubaid. Pilgrimages from Egypt stopped in 1213 AH (1799 AD) during Napoleon’s campaign, and there were no pilgrimages, even from the Hejaz, in 1257 AD, nor were banners of kings raised in Mecca. The pilgrimage was also disrupted from 1846 to 1883 AD as a result of cholera outbreaks, which prompted people to flee the Hejaz.

Islamic countries, organizations and bodies have unanimously supported Saudi Arabia’s decision, stating that it fulfills one of the most important purposes of Sharia law—preserving human life, preventing harm and destruction; in line with the rule in its jurisprudence that states: “Countering harm takes precedence over seeking benefits.” This was the shared view of the Saudi Council of Senior Scholars, the Supreme Council of the Muslim World League, the Council of Pakistan Scholars, and the ministries of Endowments and Islamic Affairs in the countries of the Islamic world, with the exception of Iran, which described Saudi Arabia’s handling of the Hajj as “inappropriate”. Iran argued that the Kingdom should have listened to the views of the rest of the Islamic countries, to benefit from their ideas and cooperate to solve a problem that casts a shadow over the whole world.

[1] This is a reference to a verse from the Holy Quran; “And proclaim to the people the Hajj [pilgrimage]; they will come to you on foot and on every lean camel; they will come from every distant pass.” (Sura Al-Hajj: Verse 27)