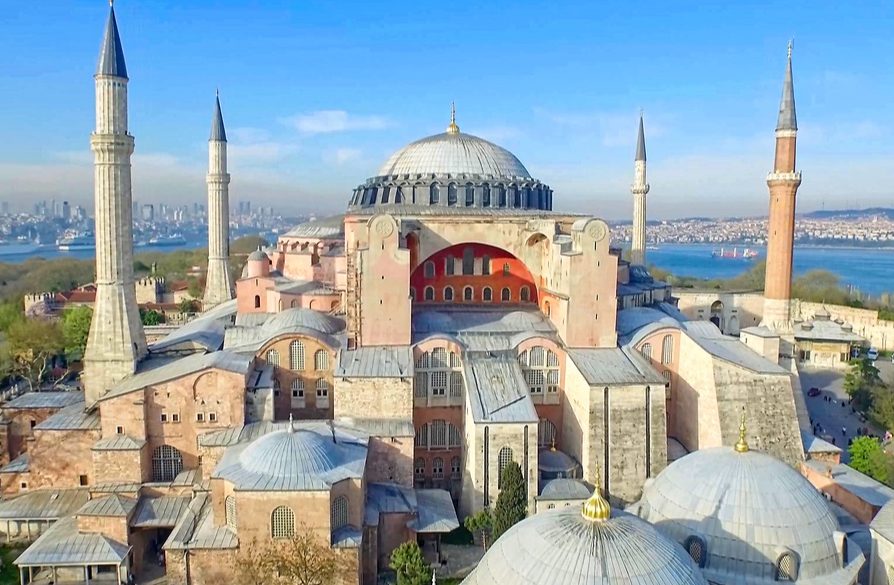 Turkey’s decision to re-classify Hagia Sophia as a mosque has provoked considerable international reaction, mostly condemning the move. The strongest response has come from Europe, raising questions over the implications for Turkish-European relations.

The decision, taken by Turkish President Recep Tayyip Erdoğan, adds fuel to existing tensions between Turkey and Europe. Condemning the move, the EU believes it casts doubt on Turkey’s commitment to secularism and thwarts interfaith dialogue. EU foreign ministers denounced the decision in their meeting on July 13, while several European countries have been keen to adopt a clear, unambiguous position opposing the move. France’s Minister of Foreign Affairs, Jean-Yves Le Drian, said his country “deplores” Erdoğan’s decision, which “casts doubt on one of the most symbolic acts of modern and secular Turkey”. German government spokesman Steffen Seibert said: “The Hagia Sophia is of great cultural-historical significance, it is of great religious significance, both for Christianity as well as for Islam, and we assign great value to this interreligious dialogue.”

The strongest condemnation came from Greece, which described the step as a “provocation” and a “backward, petty action”. Greece’s Culture Minister said: “The decision is an open provocation to the civilized world which recognizes the unique value and ecumenical nature of the monument.”

Greek Prime Minister Kyriakos Mitsotakis said: “With this backward action, Turkey is opting to sever links with the Western world and its values.” He added: “Confronted with this unnecessary, petty initiative from Turkey, Greece is considering its response at all levels.” He asserted that Turkey’s actions do not just impact Turkish-Greek relations, but also affect Ankara’s relations with the European Union. Greece’s position comes in light of the special importance of Hagia Sophia, as a center for the Greek Orthodox faith. Formerly the Church of Hagia Sophia, it is a major architectural work, built in the sixth century by the Byzantines who crowned their emperors in the monument. Historian Christina Koulouri, Professor of Modern and Contemporary History at the University of Panteion in Athens, explained: “The Byzantine Empire is a constituent element of the Greek identity, history and religion of the country, a link between Greek Antiquity and contemporary Greece.”

Turkey’s actions may have seriously harmed its hopes of joining the EU, particularly as they give validity to EU concerns over the Islamization of society under the rule of the Justice and Development Party. As a museum, Hagia Sophia housed many Christian icons and was a symbol of interfaith dialogue and religious harmony. Ankara’s decision to convert it to a mosque confirms Europe’s view that Turkey has abandoned the principles of secularism. The decision will only widen the gap between both sides, while membership of the EU, which Ankara has sought for decades, is now even more elusive.

It is clear, from the reaction of European countries, that there is anger over Turkey’s decision. This has made relations between Europe and Turkey even more tense, particularly as some European countries, namely Greece, are calling for sanctions against the country. This also comes amid Turkey’s already tense relations with some EU countries, particularly France. There is an ongoing dispute between the two countries over Libya and Greece, and Turkey’s attempts to drill for gas reserves in the eastern Mediterranean.