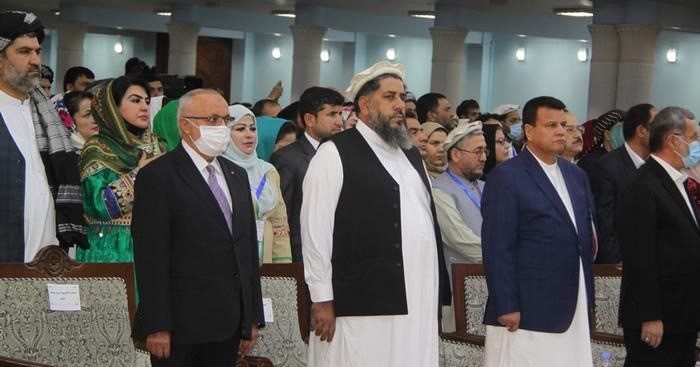 An important development took place in Afghanistan’s decades-long civil war recently when the Supreme Council of Tribes (Loya Jirga) agreed to release the last 400 Taliban prisoners, in a decision supported by Afghan President Ashraf Ghani. The move paves the way for the start of peace talks between the government and Taliban, in order to bring an end to the 19-year-old conflict.

Talks between the Taliban and government were meant to begin last February, when a US-Taliban peace deal was signed, but little progress was made on either side. This week’s development, however, supports attempts to start these talks by clearing a final hurdle to negotiations. The 400 prisoners are the last of a total of 5,000 that were included in the US agreement.

The decision reportedly came amid intense pressure from US Secretary of State Mike Pompeo, who called on the Loya Jirga to release the Taliban prisoners, promising to offer assistance in the event that peace efforts falter. “We acknowledge that the release of these prisoners is unpopular. But this difficult action will lead to an important result long sought by Afghans and Afghanistan’s friends: the reduction of violence and direct talks resulting in a peace agreement and an end to the war,” Pompeo said in a statement.

The US-Taliban deal signed in February, 2020, also paves the way for a full withdrawal of US troops from Afghanistan, bringing to an end the longest war the US has ever fought. The US will initially draw down its Afghan presence to 5,000 troops by November. The deal for the release of 5,000 Taliban prisoners includes 1,000 government prisoners, and the release of the final 400 was a precondition set by the Taliban for talks with the government. Initially, it had said it would negotiate only with the US.

The Afghan government has been reluctant to agree as the group of prisoners includes 44 insurgents and 150 death row inmates, some of whom were involved in a number of extreme acts of violence, including a truck bombing in 2017 near the German embassy in Kabul. The attack killed more than 150 people, and was the worst attack since the rise of the Taliban insurgency 19 years ago. As such, negotiations regarding the release of this group of Taliban prisoners, accused of carrying out some of the bloodiest attacks across the country, have outraged civilians and human rights groups.

According to the Special Representative for Afghanistan Reconciliation at the State Department, Zalmay Khalilzad, the long-awaited peace talks between the Afghan government and Taliban are expected to start within a week, following the release of the prisoners. Suhail Shaheen, the Taliban’s spokesperson, affirmed that the group is prepared to begin negotiations within a week of the release of its prisoners. However, President Ashraf Ghani announced that the Taliban will participate in talks within three days following the prisoners’ release, while Western diplomats said they expect peace talks between the two warring parties to start at some point in the next week.

It is important now for the Taliban to prove its commitment to ending the civil war by immediately adopting a full ceasefire ahead of the talks.

The UAE has succeeded in changing the perception of government work, linking it to efficiency, effectiveness, continuous development, rapid responses to change and high performance standards. This follows a...
Copyright © ECSSR 2020 All rights reserved | Terms and Conditions | Privacy Policy | Disclaimer | Accessibility