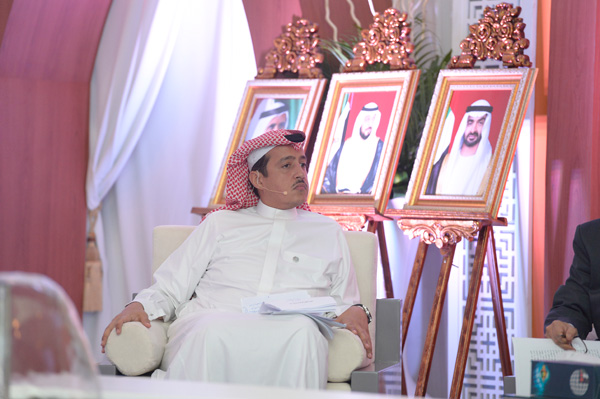 As part of the ongoing intellectual and cultural activities during the Holy Month of Ramadan, The Emirates Center for Strategic Studies and Research (ECSSR) organized the third session of the Ramadan Strategic Dialogue which included two lectures. The session was held in the presence of Director General of the ECSSR His Excellency Dr. Jamal Sanad Al Suwaidi, eminent dignitaries, a cross-section of the media and a large audience from the general public. The first lecture was titled: ‘Awakening, Reform and other Options,’ delivered by Ridwan Al-Sayyid, Professor of Islamic Studies, Lebanese University, Lebanon. The second lecture was entitled: ‘Political Islam in the Gulf: Present and Future,’ delivered by Turki Aldakhil, Head of Al-Mesbar Studies and Research.

In the first lecture, Dr. Ridwan Al-Sayyed stated that the so-called ‘Arab Spring’ revolutions were not launched by Islamists, but by the young generation. He said that the Islamists represent a threat to religion, as they have tried to alter the concepts of Sunni Islam by replacing the ideal of nationhood with Shariah and doctrine with organization. They try to use their organizations to bring about change in the political system in order to implement Shariah. He stressed on various measures needed to avoid the violence perpetrated by political Islam, and said that there is a need for good governance, and for established religious institutions to be restored as the sole reference on  religious affairs, namely religious education, in issuance of fatwa, and general guidance.

In his lecture, Turki Al-Dakhil focused on the relationship between political Islam and the Gulf states. He said that tensions surfaced between the two after Islamists sought to benefit from the so-called Arab Spring by trying to spread their influence in the Gulf region. They pointed out that Gulf states have now achieved victory in the battle against political Islam and that they should now establish this victory by utilizing their resources carefully. Without getting involved in real Islam, they should focus on solutions to real problems like sectarianism, poverty, etc. The expert said that political Islam in the Gulf has now been defeated. In order to survive, it should reconcile with the citizenry, renounce violence, recognize norms of the Gulf and this is what Islamists have not done so far.