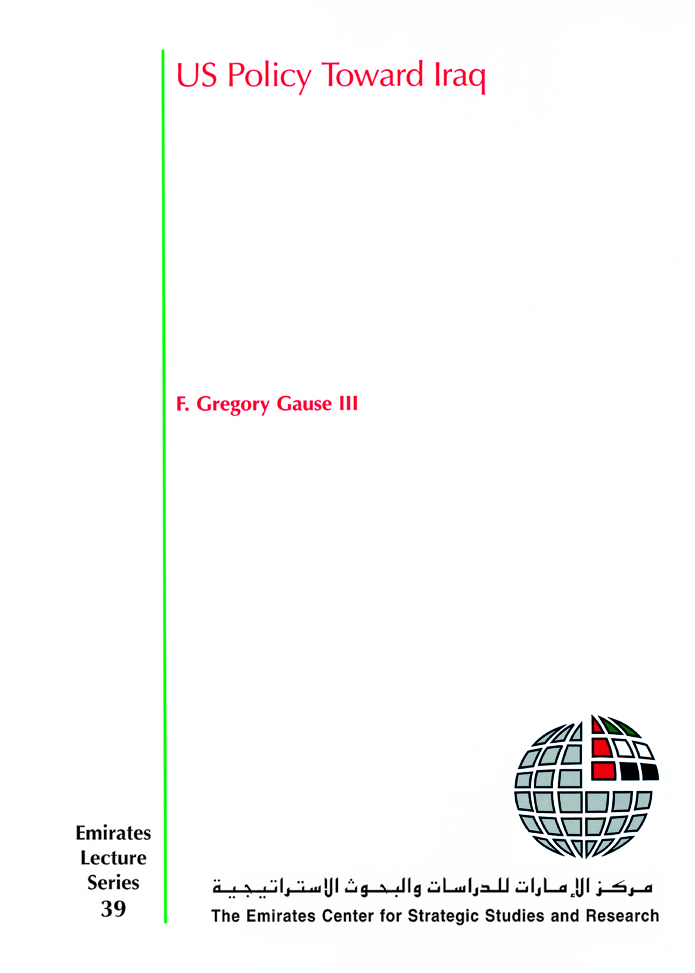 Since the terrorist attacks of September 11, 2001 on New York and Washington, the Bush Administration has reoriented American foreign policy across the globe toward the fight against terrorism. That reorientation has had important effects on American policy in the Middle East, and in the Gulf region in particular. The core of American interests in the Gulf remains unchanged: regional stability and stability in the world oil market. However, the tactical approach of the Administration toward achieving those goals has been altered in important ways. This is clear in Washington؟s approach to the three major countries of the Gulf: Iraq, Iran and Saudi Arabia. These changes could add up to a new American approach to the Gulf as a whole, depending on how events in the region transpire over the next two to three years.

The focus of this lecture is on US policy towards Iraq. The Bush Administration came into office with a strong desire to do something different on Iraq. However, it was not agreed on what that new course of action should be. Since September 11, it is clear that the President has decided to make the unseating of Saddam Hussein a major foreign policy goal of the Administration. The question is not whether there will be a major American initiative in this area, but rather when it will happen. Questions that remain to be thrashed out within the Administration include the extent of American military involvement, the role of regional alliances (particularly access to facilities and bases), the role of diplomacy - both through the UN and bilaterally - to prepare the ground, and what kind of post-Saddam transitional regime to support. The lecture will also elaborate on questions concerning US policy towards Saudi Arabia and Iran, as far as they relate to policy changes towards Iraq.