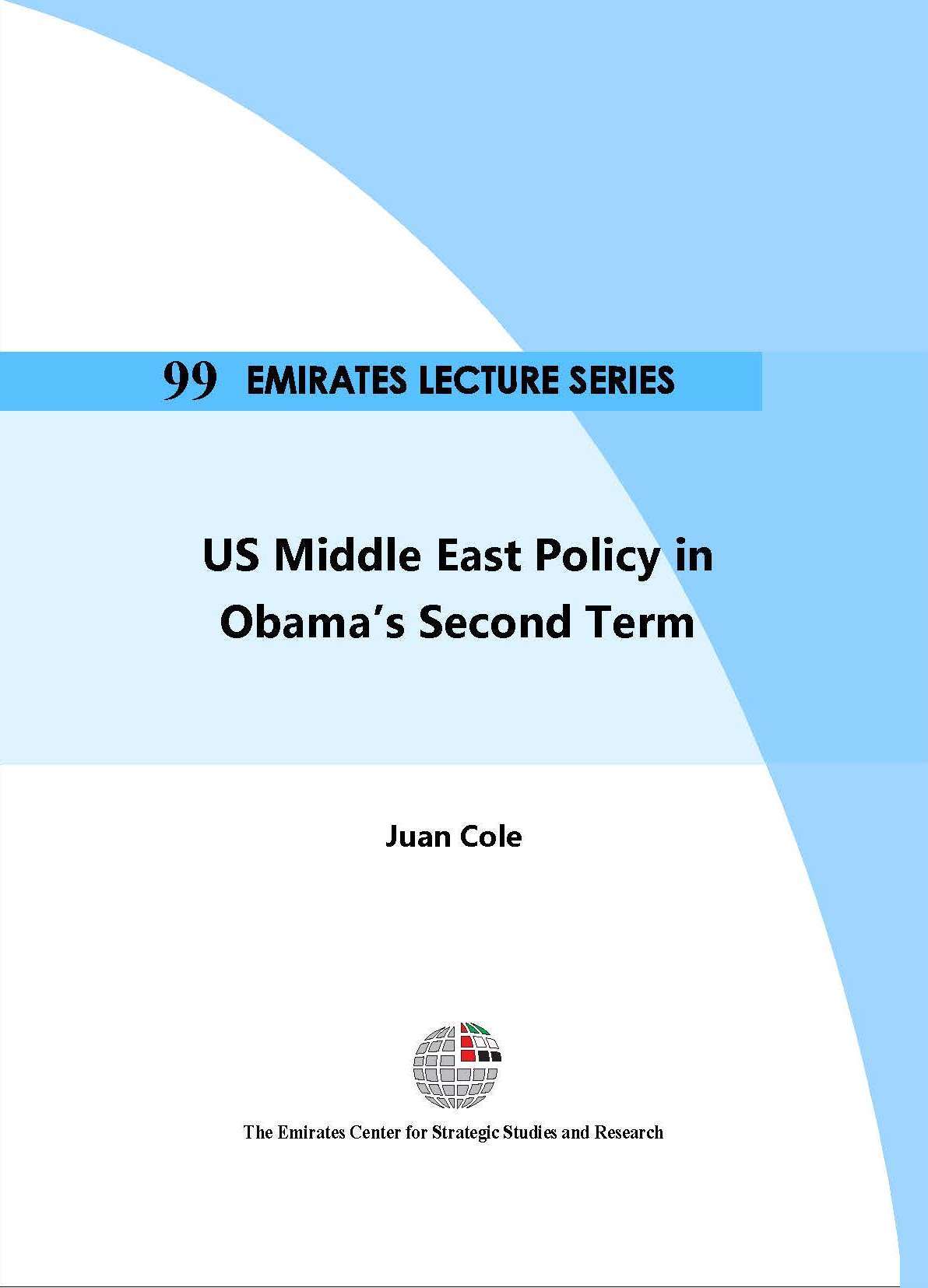 President Barack Obama in his second term faces a range of Middle East issues, including Iran, Israel and Palestine, the aftermath of the Arab political upheavals of 2011, and the implications of climate change and green energy for the US relationship with the Gulf oil monarchies. Some of his policies are likely to remain substantially unchanged from his first term, but the addition of Secretary of State John Kerry and Secretary of Defense Chuck Hagel to his cabinet will cause some shifts. In particular, the administration’s pivot away from the Middle East toward Asia may be slowed or reinterpreted. President Barack Obama has announced his intention of completing his military disengagement from the Middle East by winding down the Afghanistan War and withdrawing most or possibly all US troops from that country by the end of 2014. After the first decade of the 21st century, in which the United States was, for good or ill, a transformative force in Middle Eastern politics, Obama has set a much more cautious and pragmatic course for the second decade. His administration will continue to pressure Iran diplomatically and economically, but key cabinet officers have cast doubt on the utility of striking that country. Washington has signaled that it wants to avoid a military entanglement in Syria. In the first Obama administration, it announced a policy of pivoting toward Asia, and put many of its diplomatic efforts into Pacific Rim relationships. Even if this policy is moderated in the second term, Asia will certainly bulk large.

Because Obama envisages a transition to an electricity and transportation grid fueled by domestic oil, wind and solar energy, he does not seem to believe that Middle-East petroleum has long-term significance for US security, and this calculation may make him less concerned about the Iranian challenge. On the other hand, he is unlikely to relinquish the US strategic position in the Gulf, which will likely remain important to the economy of America and its allies for two or three decades, even if that importance gradually declines. While the Obama team’s preference for a “rebalancing” toward Asia might be modified by Kerry’s hope that he can maintain good relations with China, it seems far more likely that the important foreign policy breakthroughs in Obama’s second term will come along the Pacific Rim than in a troubled Middle East.