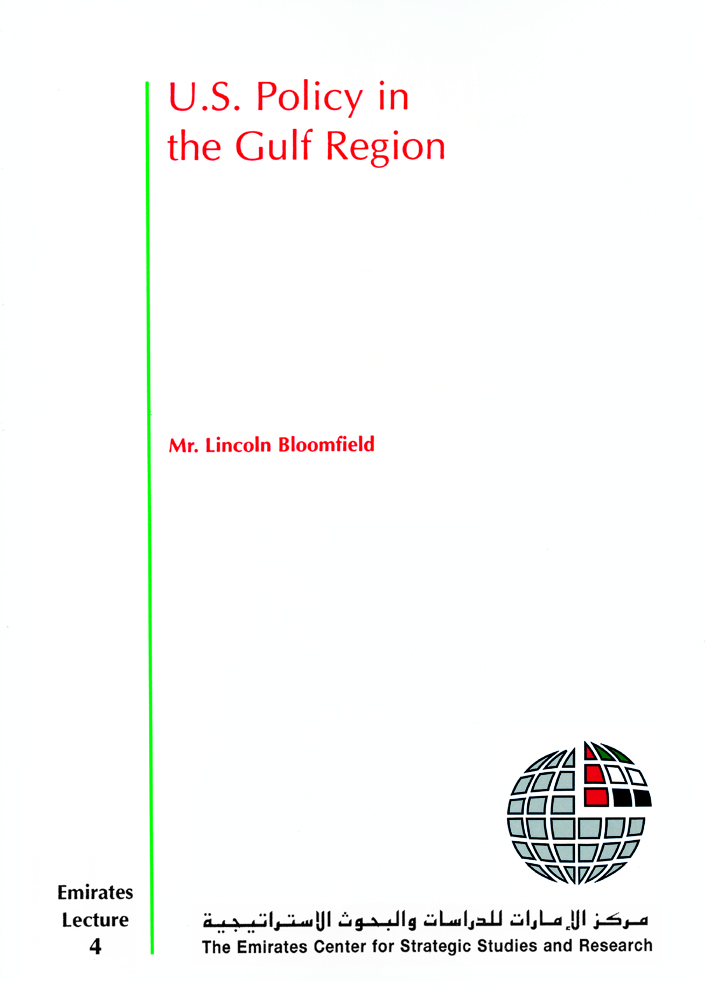 The lecture attempts to shed light on current American foreign policy in the Gulf region by surveying American-Gulf relations since World War II, and in particular, the fact that those relations have moved from cooperation to coalition since the Gulf War. Bloomfield stresses that President Clinton will primarily continue to concentrate on domestic issues in his second term. However, foreign policy, particularly Gulf security, is of utmost importance to the American Administration, especially with the current threats being posed by Iran and Iraq. He also stresses that regardless of who governs the United States, Gulf security will remain an American priority. Bloomfield argues that the US should look to the future and articulate a vision for Gulf security and help mobilize support for common objectives.