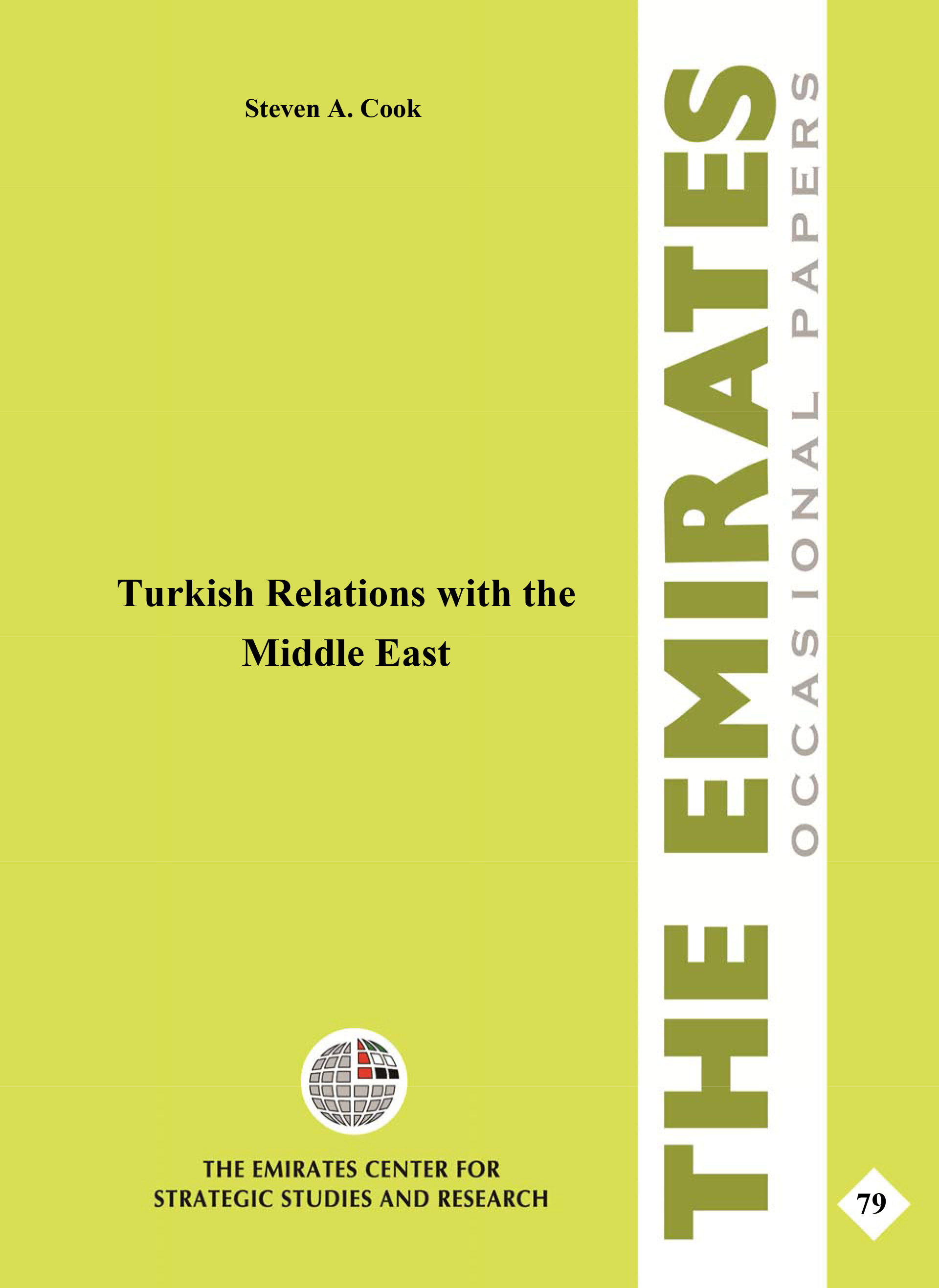 Turkish Relations with the Middle East

Although it seems entirely appropriate for Turkey to want to broaden and deepen its relations with its neighbors and other countries in the Middle East, the shift in policy has been so dramatic that it led both Western and some Turkish observers to question whether Turkey was shifting away from its traditional Western foreign policy posture. The fact that the ruling party’s lineage can be traced back to the founding of Turkey’s Islamist movement in the late 1960s under the leadership of Necmettin Erbakan only accentuated concerns about Ankara’s efforts to forge a new path in the Middle East. After all, Turkey had long been a tepid and cautious observer of Middle Eastern politics, devoting most of its diplomatic energy on the institutionalization of relations with Europe and the United States. This Western orientation, especially Ankara’s NATO membership, was prior to the rise of the AKP a source of mistrust with which the Arab world tended to view Turkey. More profoundly, the combination of the Ottoman colonial legacy in the Middle East and Kemalism’s official policy of laiklik (secularism), which seemed to many in the Middle East as irreligious, sowed an unarticulated but unmistakable divide between Turkey and the Arab world.

Turkey’s new-found role in the Middle East will neither be as triumphant as some in Ankara suggest nor as malevolent as AKP’s Western opponents imply. There should be no doubt that Turkey is in the Middle East to stay. Still, Ankara’s hoped for role as a regional power broker may be in jeopardy as a result of the Arab Spring. This is not the consequence of early missteps on Libya and Syria, but because if Arab countries, especially Egypt, prove to be successful, Arabs will once again look within for leadership. As important as Ankara has been over the last decade, if Egypt regains its regional luster, Cairo will once again be the central locus of knowledge, cultural production and Middle Eastern political as well as diplomatic power. This is not to say that Turkey would return to a secondary role under such circumstances and its most enduring role in the Middle East is its ability to be the economic engine of the region. Indeed, the best way for Turkey to influence the trajectory of the Arab world undergoing unprecedented change is through its entrepreneurial spirit and willingness to invest in places where others may not. This may not be the grand vision that Erdoğan, Davutoğlu or other AKP leaders had in mind for Turkey in the region, but Turkey’s economic prowess may be the most important factor in ultimately achieving its goal of “zero problems” in the country’s immediate neighborhood.