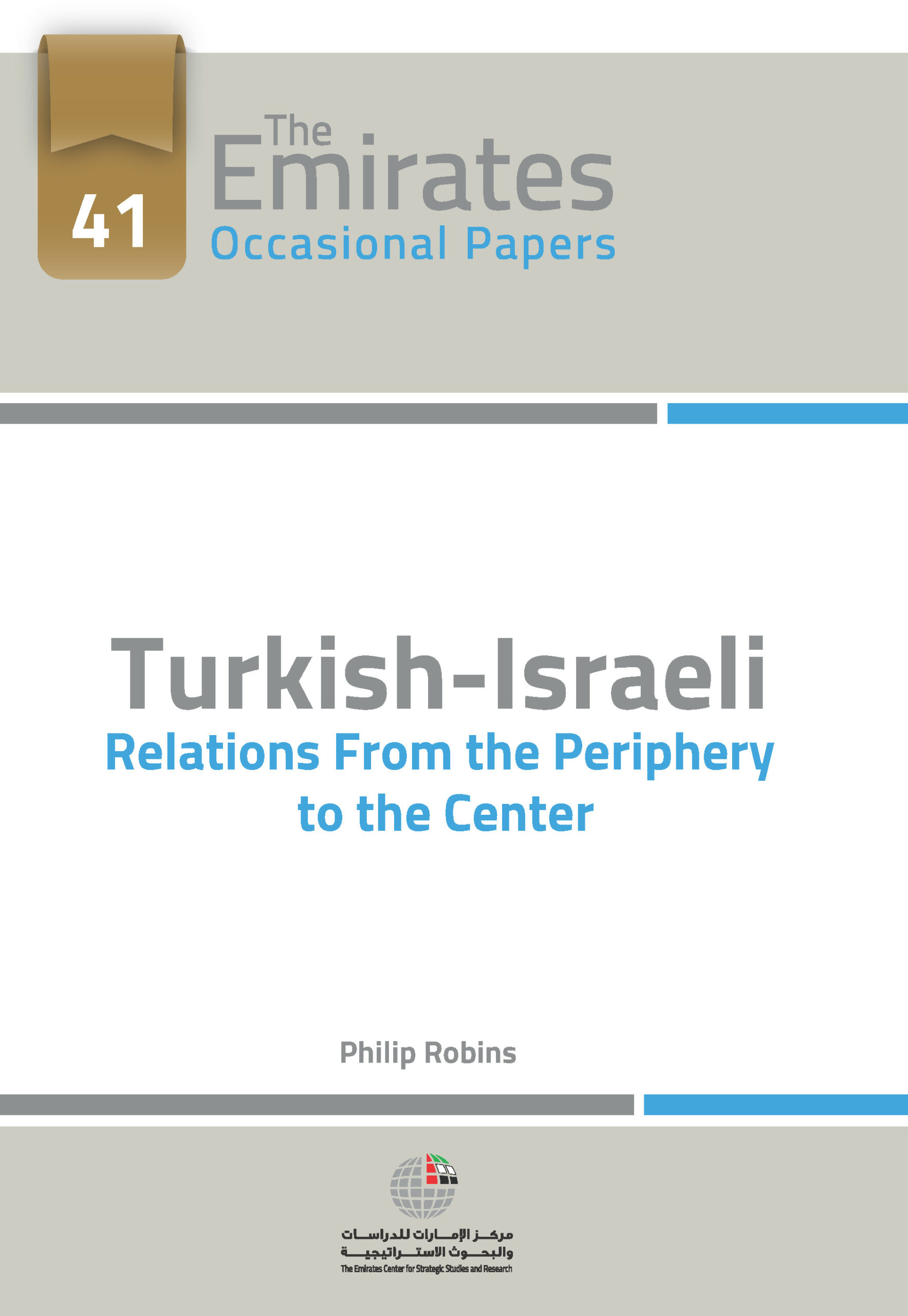 Turkish-Israeli Relations: From the Periphery to the Center

Israeli-Turkish relations underwent a profound transformation during the 1990s. Since 1996, in particular, the relationship has been widely perceived as exclusively focused on security ties. This aspect of the relationship has adversely affected the regional power balance and undermined stability. The study offers insight on the dynamics of this change, first by tracing the development of Turkish-Israeli relations from the 1980s. Thereafter, an analysis is made of the underlying reasons for the dramatic change in bilateral relations from 1996 onwards and how the two sides have conducted themselves in the aftermath. Finally, the study assesses the prospects for the future development of Turkish-Israeli ties, in the light of governmental and personnel changes on both sides.

The author argues that the Israeli-Turkish relationship was a broad-based one that stirred little regional criticism until three defense agreements were signed in 1996. The Turkish military and the Israeli defense establishment have been largely responsible for the transformation in ties. While the Turkish armed forces have been driven by factors relating to domestic identity, the Israelis have the large Turkish arms market uppermost in mind. The study concludes that while the relationship is not unassailable and may be affected by contingencies, it seems likely to endure as part of the Middle East political scenario for years to come.