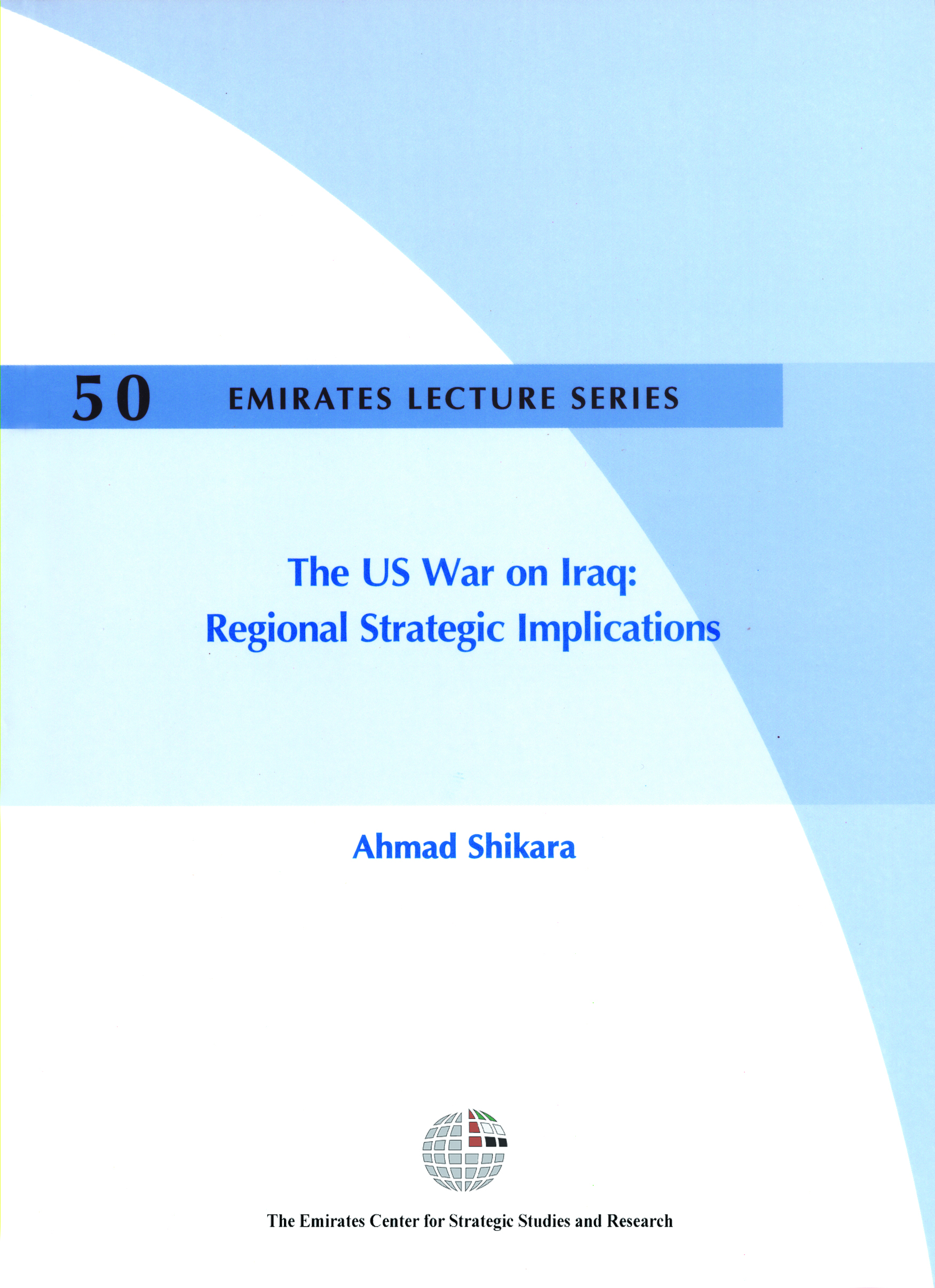 The US War on Iraq: Regional Strategic Implications

The lecturer examined the doctrine of "pre-emptive war", which was adopted by the Bush administration after 11 September attacks and accepted by several international parties. However, some of these countries were not convinced that the Iraqi invasion was necessary, since the U.S acted unilaterally and ignored a number of international commitments.

Dr. Shikara outlined the U.S goals in Iraq, stressing that seizing Iraqi oil was the most important of these. Others goals include overthrowing Saddam Hussein, fighting terrorism, eradicating weapons of mass destruction, and making democratic changes in the Middle East.

In his discussion of the implications of the third Iraqi war on the region, Dr. Shikara postulated that the growing American strategic involvement in Iraq increases the pressure on all regional powers to adhere to strategic American objectives. In that context, he analyzed the current positions of Jordan, Turkey, Iran and Syria.

At the end of the lecture, Dr. Shikara raised a number of questions about the new regional vision for Iraq, its implications for the Gulf countries in light of the U.S presence, and the possibility of Iraq's supremacy over Saudi Arabia or Iran to become the heart of the Middle East, especially in the field of oil production.