ECSSR PublicationsThe US and Europe in the Middle East and Beyond: Partners or Rivals?
﻿ 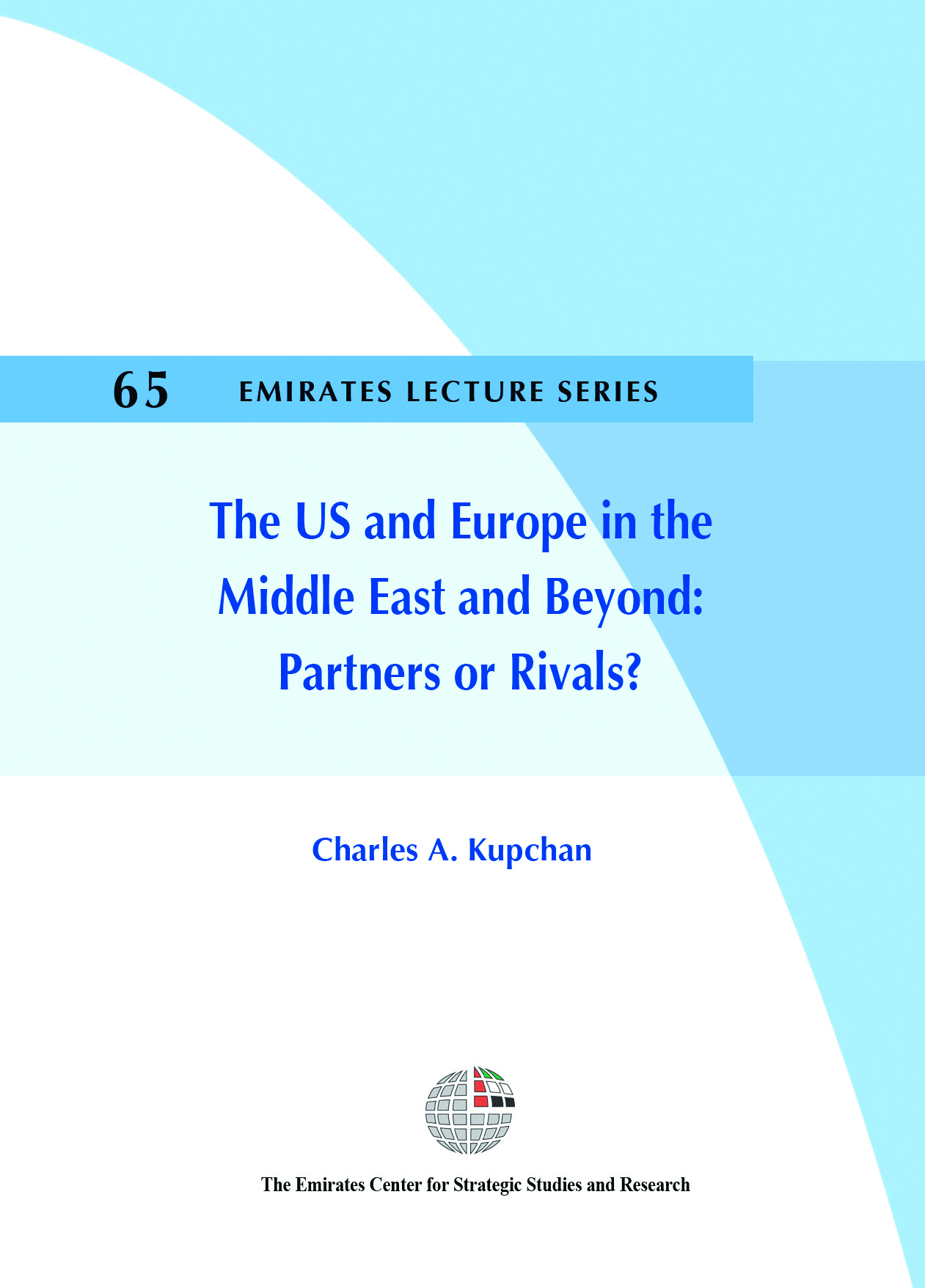 The US and Europe in the Middle East and Beyond: Partners or Rivals?

For decades, dealing with the Middle East has proved to be a very divisive issue for the United States and Europe. During the Cold War, heated transatlantic disputes emerged over a host of issues including the Suez Canal, the Palestine–Israel conflict and the containment of Iran. Nonetheless, these differences did not significantly impair transatlantic relations due to the solidarity engendered by the Soviet threat in Europe. With the demise of the Soviet Union, common tasks in Europe no longer overshadow differences in other regions.

The United States and Europe follow different approaches on the question of democratization in the Middle East. This difference is rooted in the respective political cultures on each side of the Atlantic. The United States’ appetite for democratization may be awakened by powerful strains of idealism, but it is also limited by powerful strains of isolationism—on one level, the US would prefer to stand aloof from the world, avoiding the dangers and compromises that come with engagement. American politics is not suited to the slow pace of incremental change, the sullying tasks of nation-building and the ambiguities of governing foreign cultures and understanding their practices.

No such isolationism pushes Europe toward quick solutions. Indeed, Europe generally prefers slow and incremental movement toward democracy. Europeans favor engaging target states rather than isolating them, bringing about a gradual political transition rather than an abrupt change of regime. Just as it took generations for liberal democracy to take firm root in Western Europe, the EU is patient in its goal of exporting its model to the south and east.

Despite the long history of transatlantic tension over the Middle East, some signs of potential convergence have recently emerged. Although the situation in Iraq remains unstable and uncertain, both sides of the Atlantic seem ready to put behind them the open acrimony that surrounded the war; and on Iran, the EU-3 (the United Kingdom, France and Germany) and Washington have been working in unison since early 2005.

However, despite recent examples of convergence, considerable transatlantic differences over the Middle East promise to persist, becoming more and less pronounced in step with adverse and positive developments in the region. That these differences are rooted in contrasting historical experiences, political cultures and political systems makes it likely that disagreements over Middle East policy, as in the past, will remain a key source of transatlantic tension in the future.