ECSSR PublicationsThe UN, the US, the EU and Iraq: Multiple Challenges for International Law?
﻿ 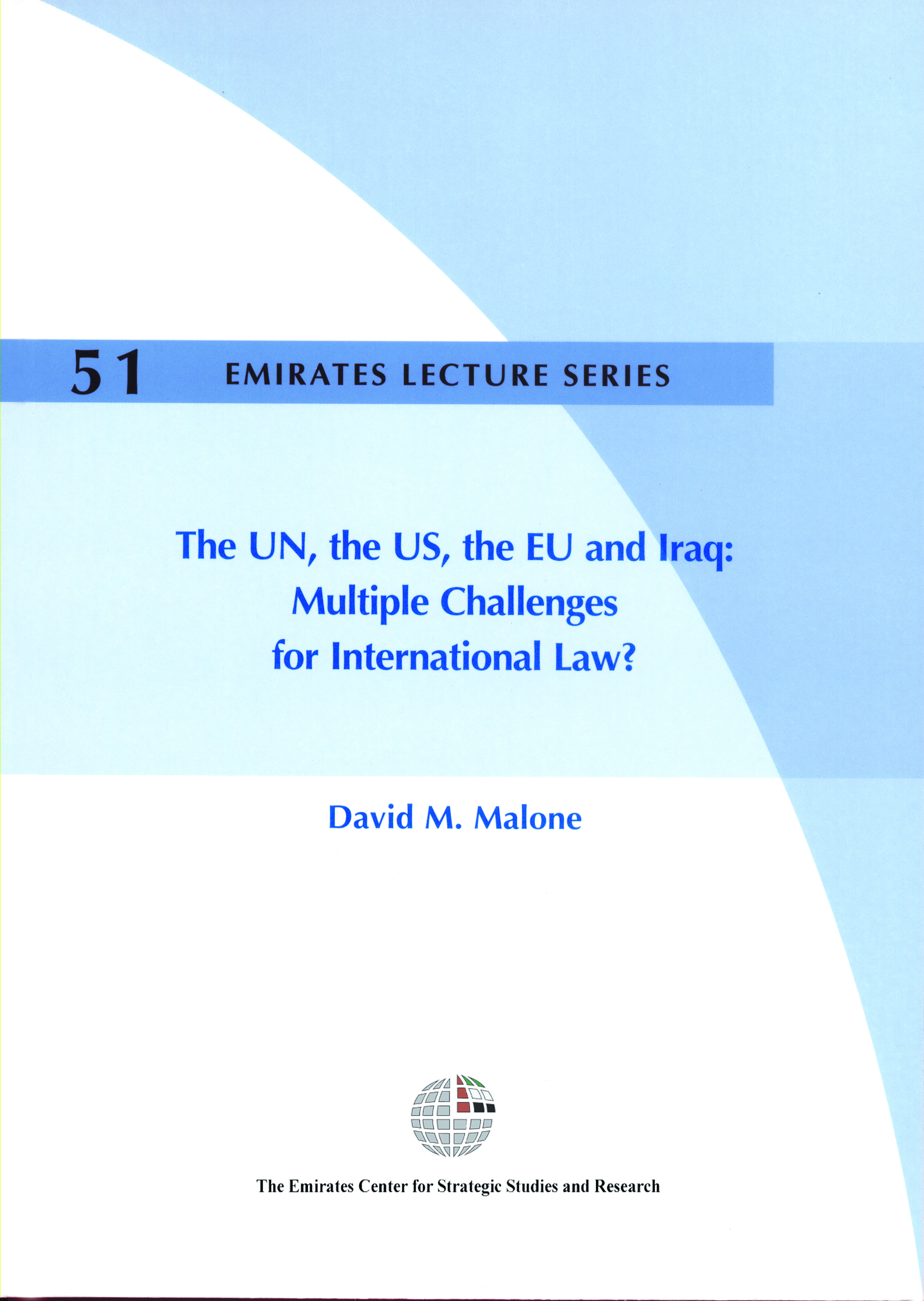 The UN, the US, the EU and Iraq: Multiple Challenges for International Law?

The medium and long-term outlook for the United Nations Security Council is more uncertain than it has seemed at any time since the end of the Cold War opened up an era of unprecedented optimism over the Council’s future role. The question mark is thus the most important item in the title of this paper, which seeks to address the Council’s influence over international politics and law in recent years.

The text is in two parts. Part one seeks to situate the Council in the post-Cold War political context, moving on to examine the changing approach of the US to multilateralism in general and the UN in particular. It also examines the recent fascination with the notion of “US Empire,” and examines how other governments, notably European ones, have reacted to US power within the Council. Part two moves from this consideration of the actors on the Council to examining how they have responded to the new challenges before it.