ECSSR PublicationsThe Transformation of War: The Rise of Private Contractors
﻿ 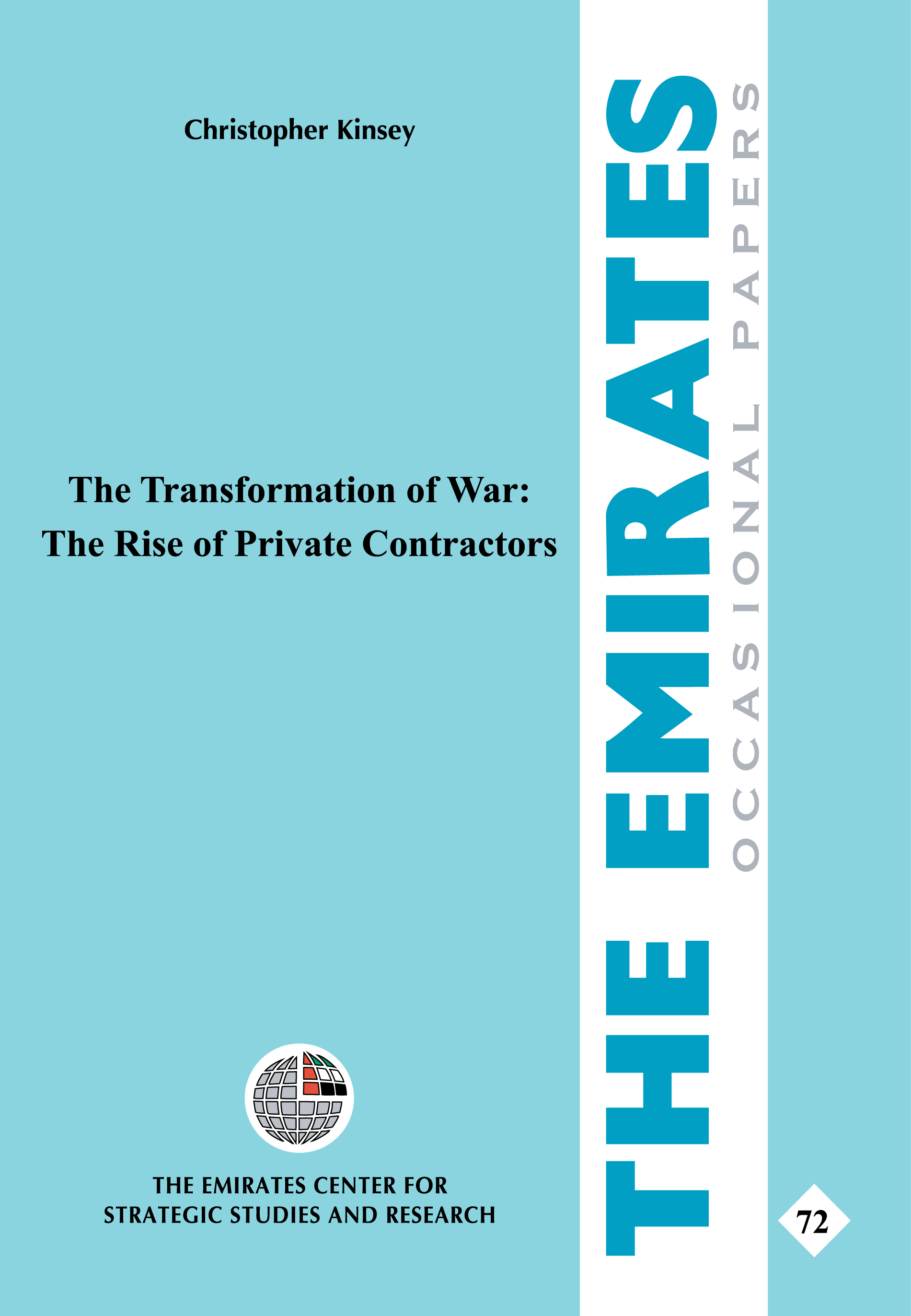 The Transformation of War: The Rise of Private Contractors

The role of contractors in war is not new. The English Ordnance Department, which was responsible for supplying war materials to the King, is older than the British Army. Britain was no different from any other European country in using contractors to supply its overseas expeditions. From 1000 to 1800 virtually all European armies relied on contractors to support their war fighting efforts. Only when states started to move towards total war did the supply role of contractors diminish as militaries began to become self-sufficient. While it is recognized that different types of contractors now operate in the military’s operational space, this paper focuses on those supplying support functions to the military. These functions range from catering and laundry facilities, waste management, postal services, troop welfare and recreational activities to private security companies (PSCs). PSCs have had a significant impact on the ability of logistical contractors to deliver capability to the military in theater and in the case of the US military, PSCs are increasingly being seen as an alternative to troops employed in force protection roles such as guarding military camps and protecting convoys. By contracting out of these roles, PSCs influence – although not intentionally, it must be said – the military’s strategy in theater, freeing up soldiers, for example, who can then be redeployed for combat operations.

This paper is divided into four parts: the first simply defines what is meant by war fighting and identifies which military tasks fall under the war-fighting banner or outside it in the case of logistical support. The second part gives a brief account of the role of contractors in support of military operations during the Cold War, which is widely seen as a period in which militaries were self-sufficient. However, the reality was somewhat different since it was during this period that contractors began to take on roles that in the past were deemed the responsibility of the military. What appeared different during the Cold War was that the contracting out of support functions was confined to home bases and had not yet reached the front line. The third part explains why states now feel the need to turn to contractors for support in expeditionary operations, while the final part examines the socio/political, economic and technological forces driving this change. It should also be noted that this paper is concerned mainly with the UK and US militaries, for the simple reason that these forces have gone the furthest in contracting out their logistical support in the operational space.