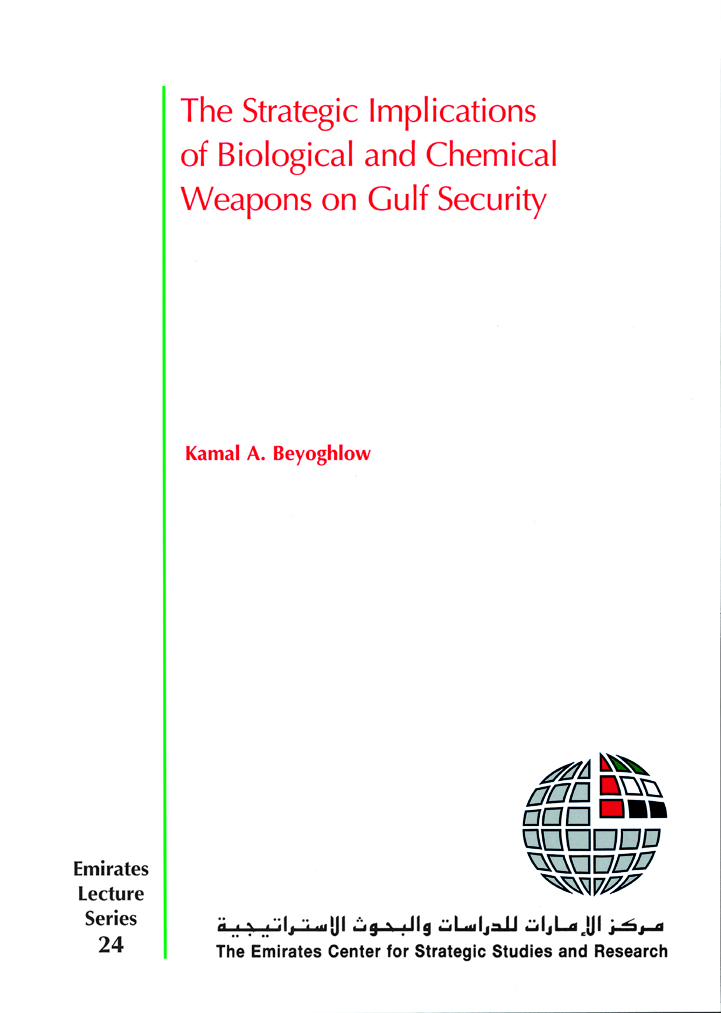 The Strategic Implications of Biological and Chemical Weapons on Gulf Security

The characteristics and complexities surrounding the deployment of chemical and biological weapons are outlined in this study, which assesses the strategic impact of such weapons in undermining Gulf security. In isolation, such weapons are unlikely to tilt the balance of terror in the region, but in conjunction with nuclear weapons capability, these can provide awesome leverage to regional players, like Iraq, Iran, Israel, Pakistan and India.

The prospect of the regional proliferation of these weapons in the twenty-first century is also analyzedin the study, which tackles several key issues, including the impact of these weapons on civilian and military targets. It also details the kind of defensive mechanisms needed for protection against possible covert attacks from non-state actors or groups. While highlighting the growing threat from missile technology and other devices, the study focuses on the need for effective non-proliferation and counter-proliferation measures by the Gulf countries.

In the context of global advances in information technology, nuclear, chemical and biological weapons are likely to evolve increasingly as destabilizing factors in the Gulf. Therefore, confidence-building measures are essential and the study advocates a nuclear, biological and chemical weapon-free zone in the gulf to reduce regional tensions. It also recommends inter-state cooperation at the GCC level and inter-agency coordination at the domestic level to build a cohesive and collective system of defense against potential nuclear, biological and chemical attacks.