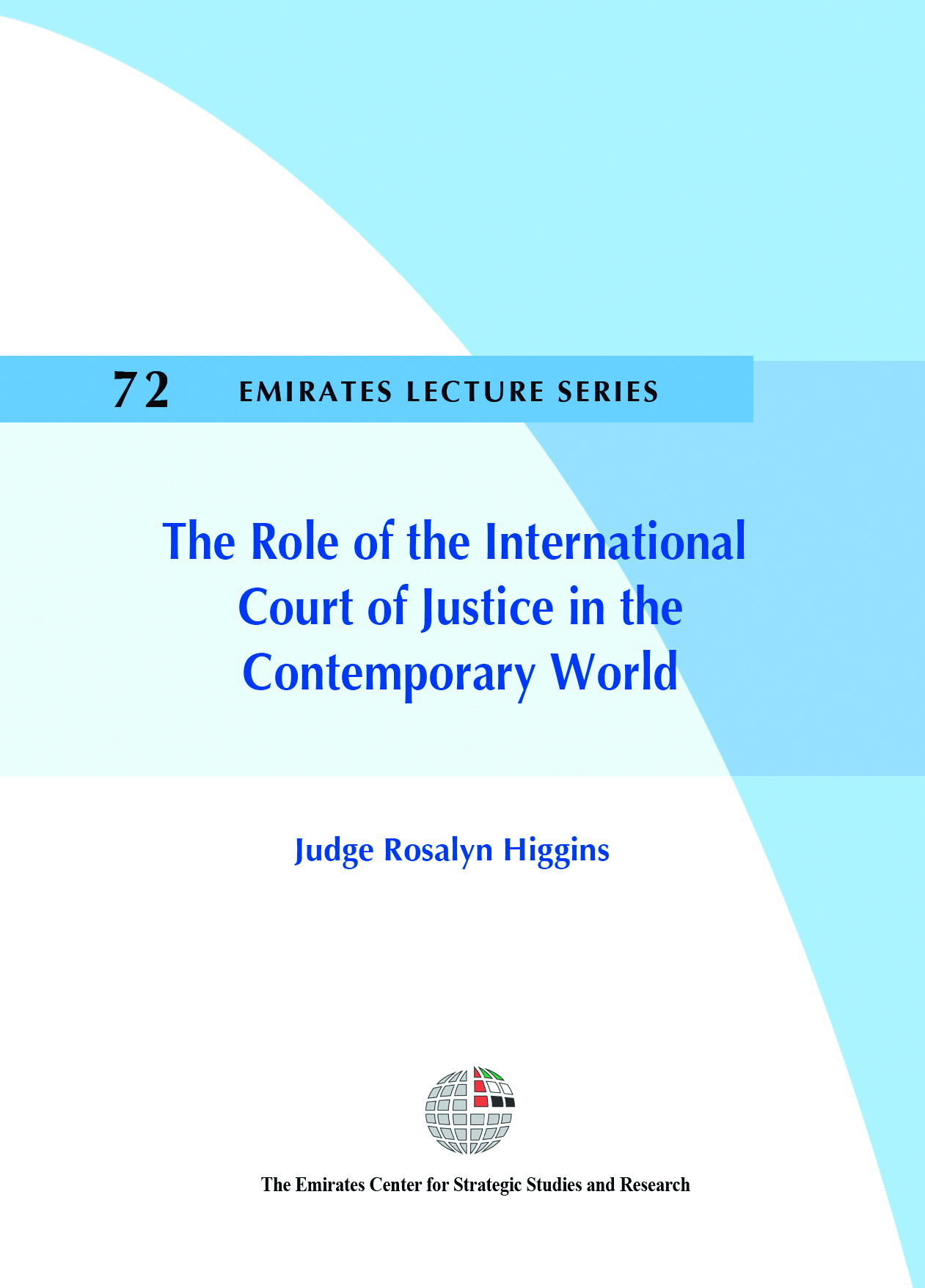 The International Court of Justice (ICJ) is the principal judicial organ of the United Nations (UN). It was established 62 years ago at the end of the Second World War, and is the successor to the Permanent Court of International Justice (PCIJ) that was functioning at the time of the League of Nations.

The ICJ has a dual role: to settle in accordance with international law the legal disputes submitted to it by states; and to give Advisory Opinions on legal questions referred to it by certain organs of the United Nations and duly authorized specialized agencies.

Over the past six decades of the ICJ’s existence, the world has changed immensely. Dozens of newly independent countries, especially in Africa and Asia, have entered the world stage, and in the early 1970s, the Gulf states of the UAE, Qatar, Oman and Bahrain came to independence.

The ICJ lives in the real world—changes in the world around us have their impact here, too. We have seen an increase in the range and number of states coming to the Court. Seventy nine states have engaged in Court proceedings in the past decade.

The Court has handed down 95 judgments in its 60 years of existence. Of those, one-third has been delivered in the last decade.

Today approximately 300 treaties refer to the Court in relation to the settlement of disputes arising from their application or interpretation and there has been a distinct trend for states to withdraw reservations they have made to such treaties in earlier years.

The UAE, and the Gulf states more generally, are important to the ICJ. Since its establishment in 1971, the UAE has played a vital role in the affairs of the region, and has decided explicitly to base its foreign policy on the principles outlined in the Charter of the United Nations. It has formed close ties with countries throughout the Middle East and Asia, as well as with western nations. The Court appreciates the UAE’s interest in its work and, as with all parties to the Statute, stands ready to assist the states of the region in conformity with its Charter role.