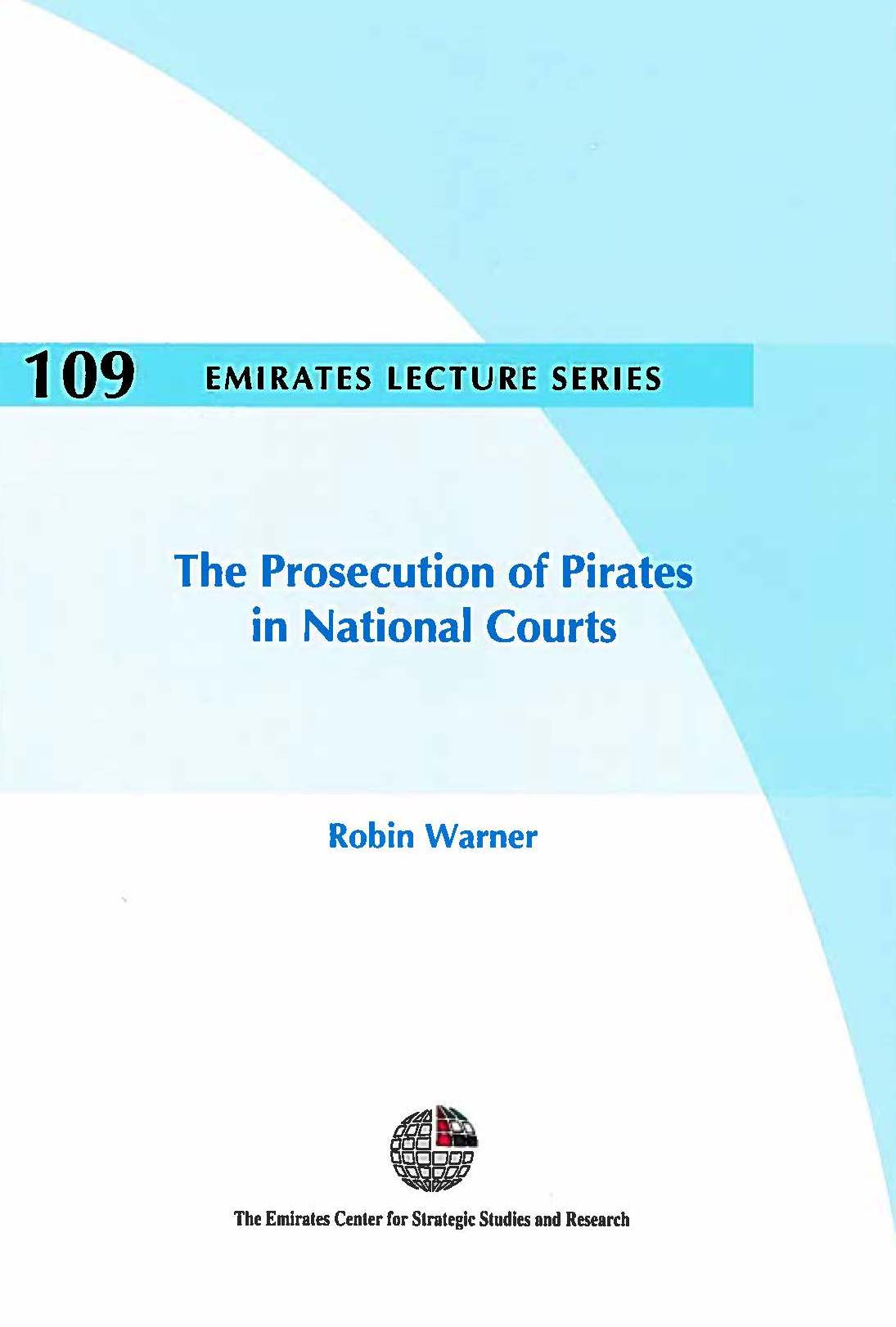 The Prosecution of Pirates in National Courts

Piracy is the oldest of the limited crimes subject to universal jurisdiction which are punishable by any state regardless of the nationality of the victim or perpetrator. Universal jurisdiction is generally reserved for crimes of an exceptionally serious and heinous nature and the placing of piracy in this category illustrates the extent to which piratical activities were seen as a widespread scourge. A customary international law regime was developed to respond to the threat of piracy in the 19th century. In the 20th century this was codified in the 1958 Convention on the High Seas (HSC) and the 1982 United Nations Convention on the Law of the Sea (LOSC), both of which contain provisions recognizing the universal jurisdiction of states to repress piracy and investigate and prosecute its perpetrators. The LOSC provisions are considered to be reflective of customary international law on piracy.

The significant upsurge in piracy incidents involving Somali nationals off the Horn of Africa, and in the Gulf of Aden since 2008, has led to increased scrutiny of piracy offences under international law; the incorporation of that law in national legislation; and the capacity of countries within and beyond the Horn of Africa region to investigate and prosecute these offences effectively. Somalia has been without a functioning central government for over two decades since the fall of the Siad Barre dictatorship in 1991. This lack of effective governance and enforcement of the rule of law in Somalia has provided the basic impetus for the increase in piratical attacks off the Somali coast.

This paper provides an analysis of the international legal framework for dealing with piracy and its criminalization in national legal systems. It examines some of the key trends emerging from national prosecutions of Somali pirates since the onset of increased piracy incidents off the Horn of Africa and in the Gulf of Aden, and the initiatives taken by the international community to strengthen the capacity of national legal systems in this region to investigate and prosecute piracy offences. Finally, it reviews the need for stronger criminal justice cooperation networks in the Horn of Africa and Gulf of Aden region to support investigation and prosecution of piracy offences.