ECSSR PublicationsThe Position of a Weak State in an Unstable Region: The Case of Lebanon
﻿ 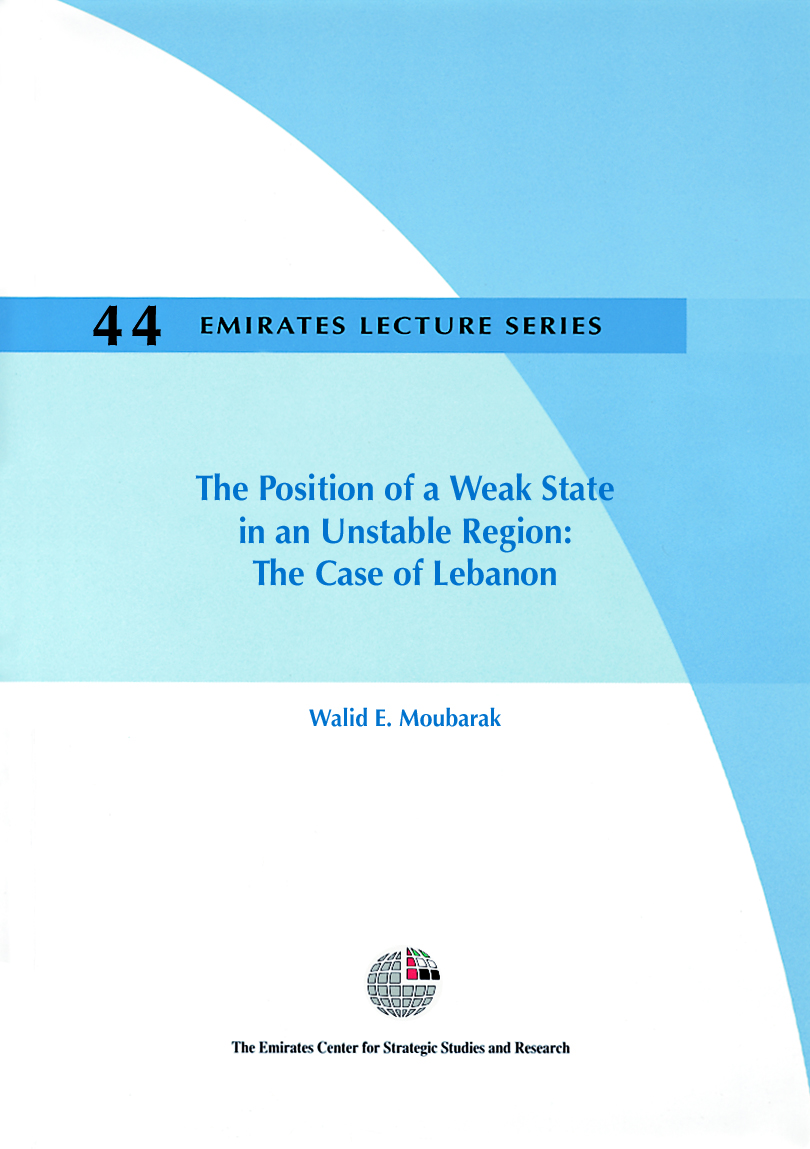 In this lecture Dr. Walid Moubarak argues that Lebanon’s stability and continuity as a viable state does not solely depend upon action taken by the Lebanese people, but to a large extent on the balance of power in the external Middle East environment, as well as on the interests other powers have in the preservation of this balance. He showed how external factors can shape domestic politics in a weak state and how, in the case of Lebanon, this weakness has become an integral part of its political structure.

The presence of Palestinian refugees, the ongoing conflict between Israel and Syria, which plays itself out in southern Lebanon through the actions of Hizbullah, the alliance of the various major groups in Lebanon with outside powers with their own interests, and Lebanon’s precarious geo-political situation, all ensure that there will be no solution in the near future to the instability experienced by Lebanon.