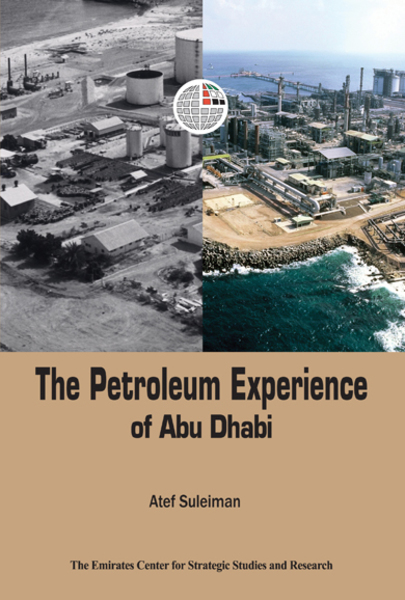 The Petroleum Experience of Abu Dhabi

The United Arab Emirates (UAE) is one of the world’s major oil-producing countries. A member of the Organization of the Petroleum Exporting Countries (OPEC) and of the Organization of Arab Petroleum Exporting Countries (OAPEC), the UAE has estimated recoverable oil reserves of around 97 billion barrels, of which the emirate of Abu Dhabi alone accounts for around 92.2 billion barrels.

The petroleum experience of Abu Dhabi has been varied and extensive. Over the years, the structure of the industry has slowly developed, from the original concession arrangements through to the establishment of the Abu Dhabi National Oil Company (ADNOC) and its subsidiaries. During this transformation of the industry in Abu Dhabi, the legal framework governing the development of petroleum resources in the emirate has evolved, as has the tax system applicable to operating companies, the means of dispute resolution, and the overall organizational structure of the industry.

Of the seven emirates comprising the UAE, Abu Dhabi possesses the largest oil and gas reserves and is the principal producer. Despite periodic discoveries in the smaller emirates, Abu Dhabi will continue to dominate the oil scene in the UAE in terms of production and reserves. The emirate is continuing to make new finds, is discovering new structures in existing fields and has the ability to sustain relatively high levels of long-term production at its old fields by using improved recovery techniques. At the 2004 rate of production of 1,955,000 barrels per day (bpd), Abu Dhabi oil reserves give the emirate a reserve production ratio of 129 years. In 2005, Abu Dhabi stepped up its crude oil output to 2.24 million barrels per day (mbpd), not counting some 250,000 bpd of condensate. The gas reserves of Abu Dhabi are presently estimated at 198.5 trillion cubic feet (tcf).

The structure of the Abu Dhabi oil industry is built around the Abu Dhabi National Oil Company (ADNOC). Since its establishment in 1971, ADNOC has rapidly assumed the role of a link between government institutions – which establish petroleum policy – and the operating companies that are responsible for executing approved projects. ADNOC is entrusted with the implementation of all aspects of the oil policy of the emirate of Abu Dhabi.

Owing to the growing importance of gas as a source of energy, natural gas production and processing facilities continue to expand rapidly in Abu Dhabi. The emirate already possesses one of the world’s largest non-associated gas reservoirs in the Khuff formation beneath the Umm Shaif oil field. In addition, onshore and offshore associated and non-associated gas fields are being developed to meet rising domestic demand and provide feedstock for export projects. Major programs are currently being implemented in Abu Dhabi to expand gas recovery, processing, liquefaction and export capacities. Furthermore, a number of new discoveries have been made in recent years of both associated and non-associated gas, boosting the emirate’s reserves substantially.

ADNOC has proved that it is capable of taking positive initiatives, is open to new concepts and technological innovations and has introduced many changes in its different operations and activities. ADNOC can be expected to continue making successive improvements to its operations and to successfully ride the new trends in the oil industry.